How much praise does any film deserve? Unforgiven got some serious hype when it came out 30 years ago. It was seen as the definitive commentary on the Western genre, and in some ways heralded a mini-revival of a genre that had been in decline since the late seventies. It got plenty of critical acclaim, and it also won its director and star a long deserved Academy Award. To this day, Clint Eastwood is still in my mind the king of the genre, a mantle he claimed with the Spaghetti Westerns, although the fact of the matter is that the mini-revival didn’t sustain, and there hasn’t really been any challenger to the throne since. All of this begs the question as to why I’ve not watched this Unforgiven DVD since the day I bought it. Just once in over 20 years... 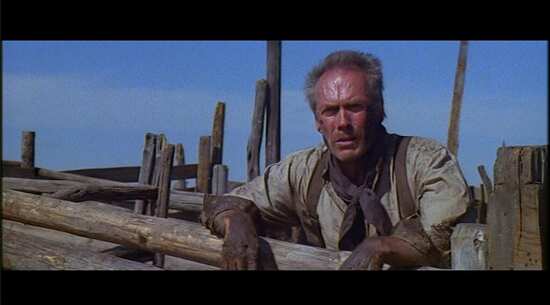 William Munny was a thief and a murderer, but then he got married and had a family, something that convinced him to give up booze and killing. But his wife has been dead nearly three years, and he’s been left to run his farm with his young son and daughter. So when the Schofield Kid shows up, looking for a hardened killer to help him claim a bounty, it seems worth coming out of retirement for, when the alternative is chasing after feverish pigs in mud. Along with his old friend Ned Logan, Munny and the Kid head off to Big Whiskey in Wyoming. 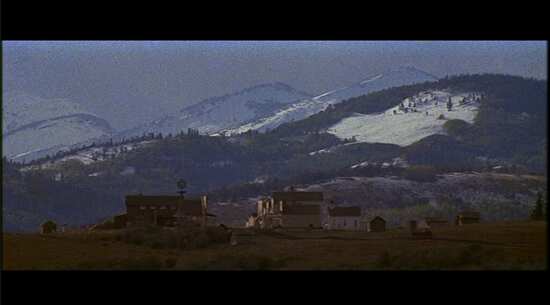 In Big Whiskey, a rowdy cowboy took a knife to the face of a prostitute, and when the sheriff, Little Bill Daggett settled the matter by merely fining the cowboys, the prostitutes in anger placed a bounty on their heads. Daggett wants peace in Big Whiskey, and starts taking a pre-emptive approach to dealing with gunmen looking to collect on the reward. 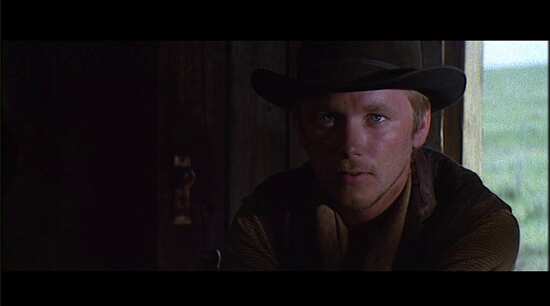 Unforgiven is out on UHD, Blu-ray, and was once released on HD DVD too. In 2002, a two disc DVD release came out with extras and a new transfer. I’m reviewing the original single disc DVD release from 1998 which I got so I could ditch my old VHS copy. Quite frankly this release is woeful. A 2 hour plus film on a single layer DVD suffers greatly. The image is soft, often displaying compression artefacts, and plagued with static grain. Colour is okay, but dark detail is wholly lacking, and the image is prone to ghosting, I suppose the fringing on silhouettes against bright backgrounds is the least of the transfer’s issues. It also doesn’t scale up well to an HD panel. Given the cinematography of Unforgiven, this disc is nothing but trouble. The audio on the other hand is really quite good, the surround is effective and immersive, the dialogue is clear, and the subtle music soundtrack comes across well. The only option here is DD 5.1 Surround English with the choice between English, Arabic or no subtitles. 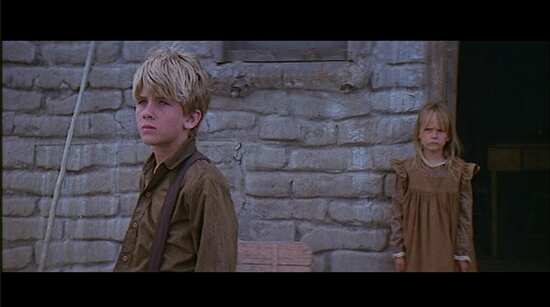 This is an old one. I got my copy of Unforgiven way back when Warners was still using Snapper cases. Even that disc outlived its packaging, and after a year or so, Warners switched to Amaray. 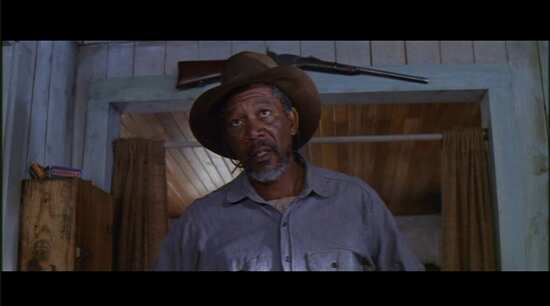 This disc autoplays the movie on insertion although you can escape to a static menu screen. The only extras are a handful of text pages offering cast and production notes, awards, and film suggestions. There’s no room here for any more video extras. Actually there’s not enough room here for the movie. 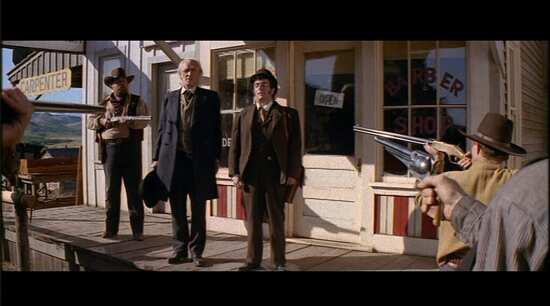 I like Unforgiven. Twist my arm, and I’ll even admit that it’s a great movie. It’s a strong story with interesting and sympathetic characters. The film still looks spectacular, even on this VCD quality disc, and Clint Eastwood fully deserved the Oscar for best film. It deconstructs the Western genre in an interesting way, and offers something new in the genre as well. But while I do like Unforgiven, I dislike it as well, and that mostly for what it does for the Western genre. I grew up watching Westerns, immersed myself in the tropes and the action and Westerns really informed my childhood. By the time I started going to the cinema however, the Western genre was pretty much moribund. And then in 1992, Clint Eastwood made a movie that critics fell head-over-heels for, and everyone was talking about the rebirth of the Western, and people started anticipating more and more such films filling the cinema. But I saw Unforgiven, and saw instead that Eastwood had made a headstone for the genre. This was a movie that felt like a full stop for Westerns. 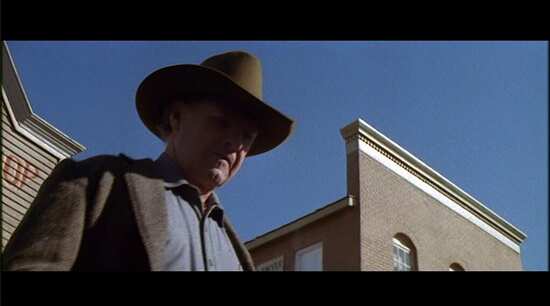 For me Westerns were and are fun. There’s a pace to them, an energy, and a love of the action. Sure enough the violence in these movies is glorified and stylised, the line delineating the good guys and bad guys is clear to see, even with the anti-heroes of the Spaghetti Westerns, and there is always a sense of humour to the films, a love of the language when it comes to the dialogue too. And all of this is what Unforgiven goes about deconstructing, looking at the Western through a 1990s filter. 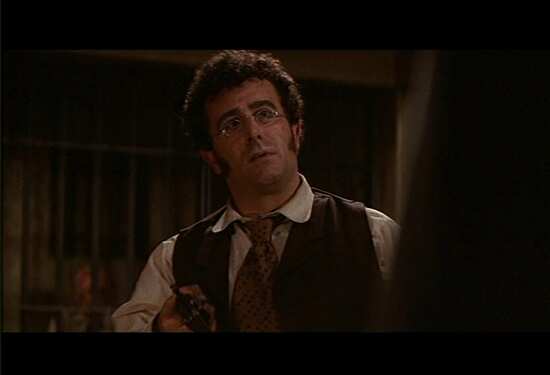 The set up is pretty standard for a Western, with a group of prostitutes putting a price on the head of the men who had wronged them, but in a town that is run like a kingdom by the local sheriff. Munny is introduced as a villain who had found love and gone straight, but like all such characters, gets pulled back into his old business. But how the story unfolds from that point is slow, ponderous and introspective. There is a sense of humour to the film, but it is understated, wry and dark, with even the most slapstick element, Munny’s problem with his horse not quite sparking to life. 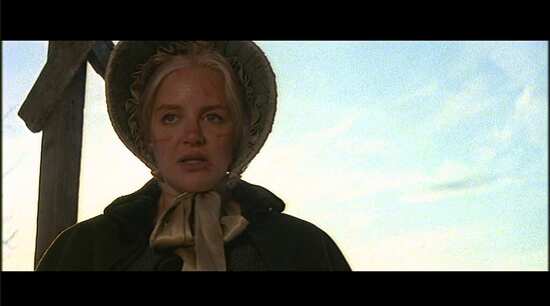 Kid Schofield is the eager young Turk, filled with tales of the past, and looking to become a legend himself, but immediately disillusioned by the so-called legend that is William Munny. On the other hand, Munny, and his friend Ned Logan are the tired veterans, who spend most of the journey to Wyoming griping about how this work isn’t as easy as it used to be, and that it was never really as thrilling as nostalgia suggests. 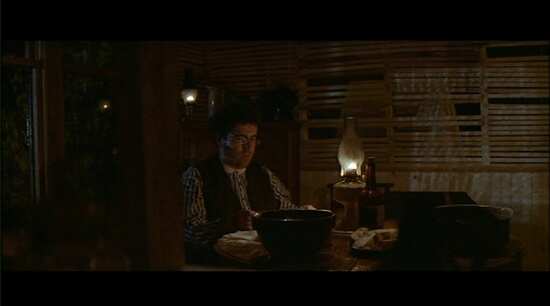 This is paralleled in Big Whiskey with the sheriff Little Bill. He’s a man who wants an easy life, wants to build his house, but he’s burdened with a nefarious past and a reputation. He throws his weight around when it comes to preventing reward hunting killers from defiling his town. And when another hired killer named English Bob shows up, you see the steel behind his bluster. Bob shows up with his biographer, who has been embellishing the life of his employer in print, but sees some of the truth behind his lies when Little Bill bests Bob. From that point, Beauchamp hangs on every word that Little Bill utters, as he expounds on the true history of the West, and the facts behind the legends, shattering his illusions. 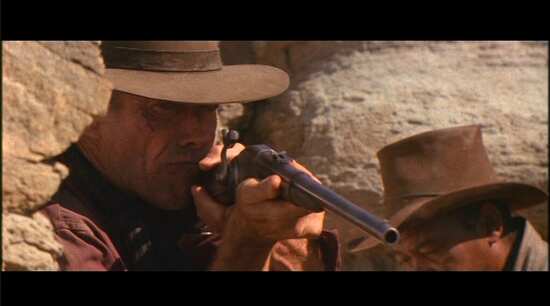 Of course the violence in the movie is understated, and played for realism as opposed to the fantasy action of the average Western. It’s more brutal here, and the camera lingers on the effects, both on the victim and those that inflict it. All of this taken together makes for a very downbeat and slow experience. I’ve often seen Unforgiven described as elegiac. I don’t think those reviewers quite realised how appropriate that term was. This movie really does feel like an inscription on a gravestone. “Here lies the Western, put out of its misery in 1992”. 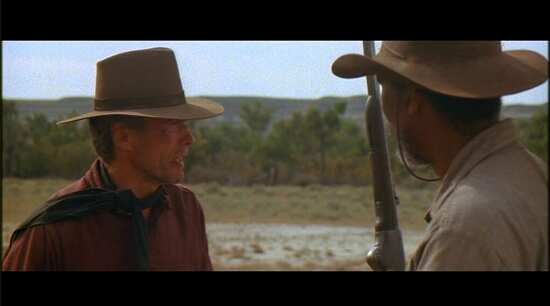 Thankfully, someone resurrected it the following year with Tombstone, a Western that was fun again. I can’t believe how dodgy this first DVD release was back in the late nineties. If you’re interested in revisiting this classic, you’ll be looking for the UHD, or the Blu-ray at the very least. But as for me, I won’t be upgrading this disc anytime soon.