Slowly but surely, it seems that all of those films that I’m determined to own on Blu-ray are finally coming to the format, although I suspect that it’s the advent of a new Ghostbusters film that has spurred distributors to give Ivan Reitman’s sci-fi comedy Evolution an HD airing. It must be said that at this time, it’s only available from Germany, although a US release is scheduled for late 2021. So it’s probably out by the time this review is posted. Still, I see a sticking point with my current BD holy grail, Titan AE, a Fox animation now owned by Disney. The licensor hurdles just seem to get higher and higher the more studios are bought out and consolidated. 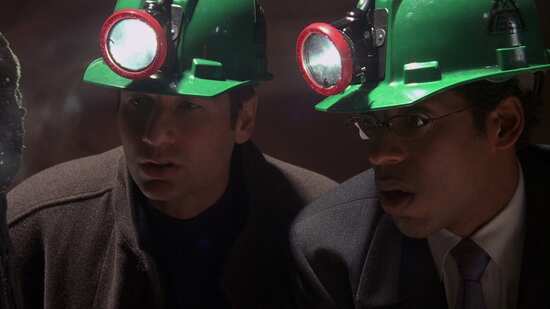 I remember reviewing the Evolution DVD not long after its release, although reading back through that review I was rather unkind. I guess I was comparing it unfavourably to Ghostbusters, and it’s a chilling fact that more time has elapsed since the DVD was released, than between the cinema releases of Ghostbusters and Evolution. That gives a sense of perspective that I probably didn’t have at the time. In other words, I’ve re-watched the DVD often enough, and enjoyed the film enough to eschew the inevitable UK release to grab the German Steelbook release right now. 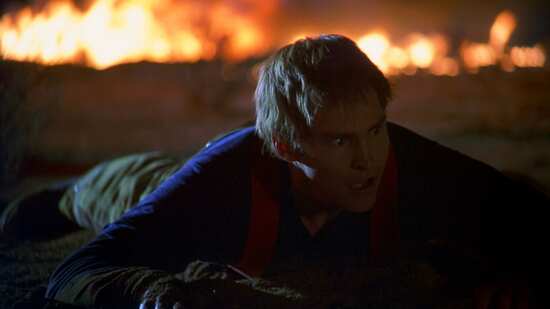 When a meteorite hits near a small Arizona town, almost flattening a trainee fireman, it falls to local community college teachers Ira Kane and Harry Block to document and analyze the rock. Their first encounter with it is fascinating, as it oozes a strange liquid from a crack. The liquid contains alien single-celled life like nothing on Earth. What’s more, this life is changing, evolving at a rate that staggers the mind. 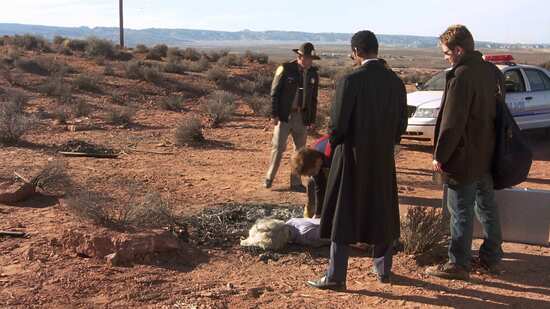 Before they can get a closer look, the US military show up and seal off the site, preventing them from accessing it. It’s not made any easier as it turns out that Ira has history with the Army, and they aren’t his biggest fans. But the Army are out of their depth with the meteorite, the alien life is evolving at an increasing rate, and the world is threatened. It falls to these college teachers and their students to save the world. 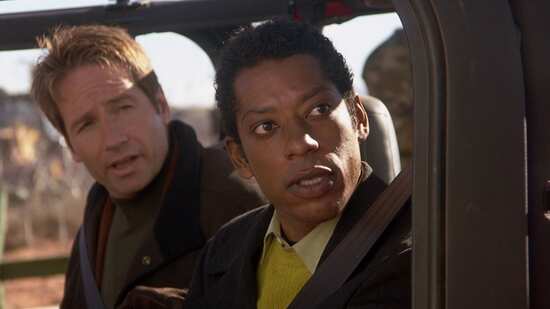 Evolution gets a 1.78:1 widescreen 1080p transfer on this disc, with the choice between DTS-HD MA 5.1 Surround English and German, along with English and German subtitles. The image is clear and sharp, colours are rich and consistent, detail levels are excellent, and there is no sign of print damage or age. It’s just what you’d expect from a 2001 film. Grain is nice and consistent, and the only nit to pick might be some occasional softness, and some blown highlights, the sort of thing that indicates that this transfer is based off an existing HD master, rather than a new restoration. The audio too is good, making nice effective use of the surrounds to bring across the film’s action and the music, while the dialogue remains clear throughout. 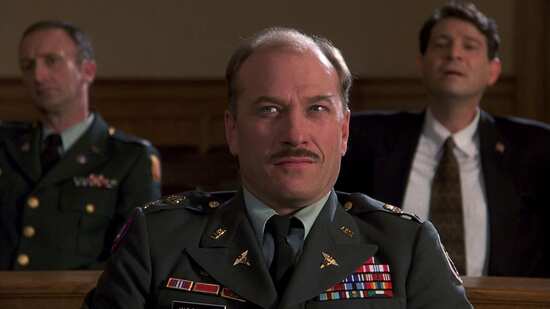 The old UK DVD release of Evolution was a disappointment when it came to extras features, but this German Blu-ray release goes some way to address that, although there’s nothing new, no retrospectives or anything. Evolution still remains a forgotten film in that regard. 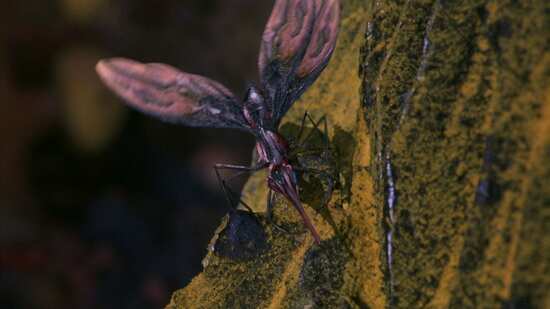 You get one disc in a steelbook case. The artwork is really quite nice, another take on the original promotional imagery, and there’s a monochrome landscape image on the interior of the case. There’s a blurb card behind the cellophane that you won’t know what to do with as there’s no place to store it. 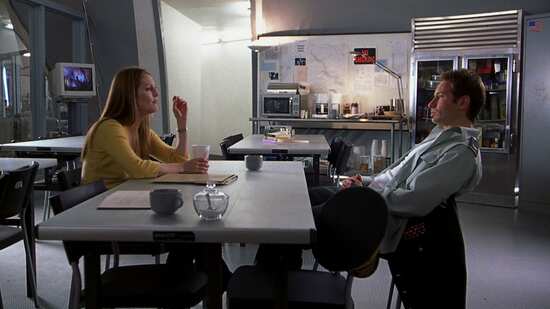 The disc boots to a German static menu, and most of the extras are from the previous DVD releases.

The audio commentary features director Ivan Reitman, and actors David Duchovny, Orlando Jones, and Seann William Scott. Like all of the featurettes on this disc, the commentary defaults to German subtitles on, but they can be toggled off. 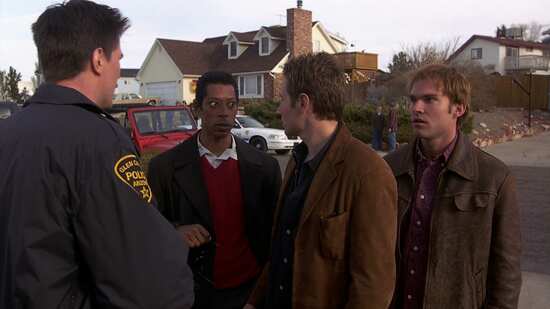 The Making Of lasts 15:03.
The Visual Effects featurette lasts 10:15.
15:33 of Deleted Scenes come with introductions to each from Ivan Reitman. Along with the trailers, these are the only HD extras on the disc.
The Animated Storyboards (23:12) are presented separately from the Storyboard Comparisons (23:12), the same content with the finished film placed picture in picture.
You get the German Teaser and Theatrical Trailer, and the English Teaser and Theatrical Trailer.
Finally there is an Image Gallery slideshow. 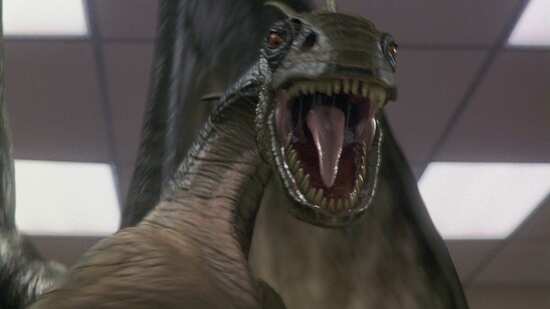 Back when I reviewed the Evolution DVD, I was comparing it to Ghostbusters for one thing, and singling it out for its crass humour, verging on the scatological at times. I thought it was scatological then, but 20 years of evolution (pun intended) in Hollywood film comedies has made me re-evaluate Evolution. Now, I have a nostalgia for a bygone age when Hollywood comedies were as highbrow and as sophisticated as Evolution. It’s no longer even a big deal to me that the movie is essentially Ghostbusters with aliens. 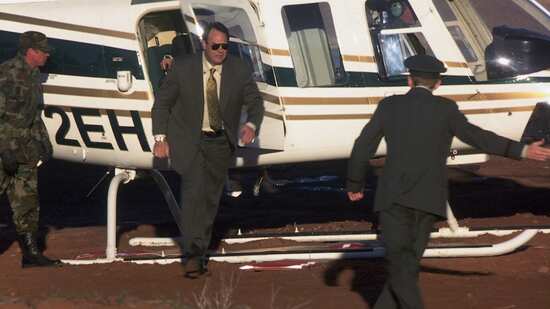 What’s surprising is that the film still works 20 years on. I say that because it’s a relatively early film that invested heavily in CGI for its special effects, and nothing dates faster than CGI. Certainly the various aliens in the film now look like the kind of pre-render animatics that modern films present in their extra features, and today you’d get more detail and realism. But the various alien critters in this film have personality and fit into their environment, which goes a long way to suspending that disbelief. 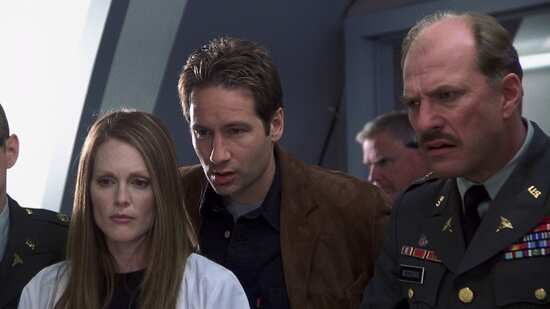 Evolution is an entertaining comedy action adventure, with a daft and cute alien invasion threatening the human race, with quick thinking and smarts having to save the day when superior firepower only exacerbates the problem. The comedy has a frat boy sensibility to it, which admittedly does tend towards the more juvenile, but the characters are likeable and well defined, and the film proceeds with a lively pace, with some nice action sequences. And I do find that the comedy works better for me now than it did originally. 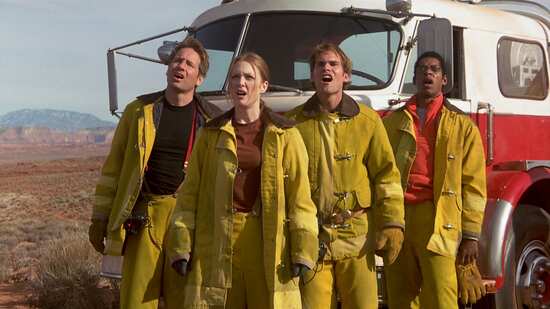 I think what I most value about the film is how it plays off David Duchovny’s role in the X Files, making the film feel like a sly wink to that franchise, but without feeling too obvious about it. Evolution; better now than it was when it was released. I have no idea how that works, but this Blu-ray release is well worth the import, and for once, it’s a steelbook design that I appreciate.