Zombies are pretty popular these days, and there are an abundance of zombie related games out there to match the numerous TV series and films. The only problem so far has been that the video games have essentially been slasher-type games where you just have to get from X to Y, killing as many zombies as you can whilst trying to avoid being overwhelmed. Not really a proper survivalist theme, just arcade action with the undead. Or you have the whole Day Z MMO thing where you’re playing multiplayer and can team up with others but are vulnerable to the baser instincts of your fellow man/gamer, and quite frankly I can’t be bothered with all that. 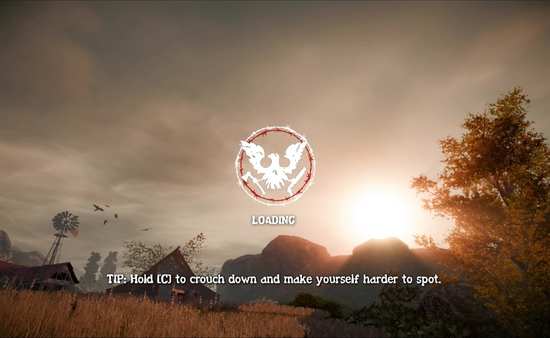 The Walking Dead TV series (as well as the Telltale games) are more narrative driven and are about the characters and story, giving you interest in the characters in front of you. Well, Undead Labs have tried to walk in their shoes and State of Decay is a narrative driven game in a more familiar format – the GTA format. I’d not heard of this game before and have not really been into simple slashing games, but came across a Youtube video showing some of the gameplay whilst looking into Day Z and was hooked straight away.

The story is quite simple really. You and a friend are returning from a hunting holiday to find the dead walking around and trying to take chunks out of you. You wander to the nearest Ranger station to seek help and it seems as if you’ve found a bunch of fellow survivors but whilst you’re busy checking out the surrounding area and rescuing a female soldier (also on holiday in the area), you find everyone at the Ranger station has been slaughtered and the one guy who is not quite dead quickly turns. So you do what any self-respecting bloke in this situation would do, you stove in his head and leg it. 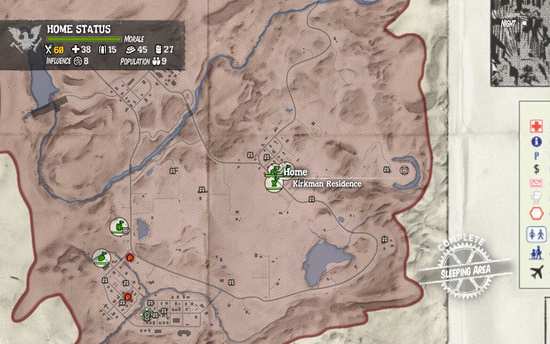 You quickly find a group of survivors holed up in a nearby Church and join their merry band. From here you must gain their trust in order to share their resources and recce nearby buildings to gain fuel, food, materials and weapons/ammo. Once you have enough materials, you can upgrade your hideout with better facilities that make your life a little easier. What you do and how you utilise your resources is down entirely to your discretion though. The same thing applies to any missions. You can choose what to do and what not to, but there are consequences for ignoring missions. One type is morale boosting type missions where one of your band is angry or some other extreme emotion and you take them for a short walk to kill some zombies and have a chat about it. It can get a little repetitive but it helps keep your tribe sane and relatively happy. 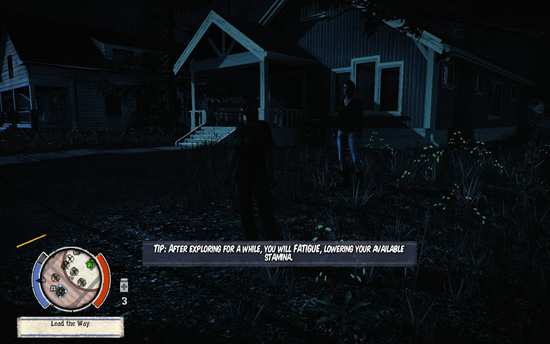 There are also fellow survivors to take into account, some good and some not so good. There are the military, who trust no one. And a Judge who has set up some kind of safe haven but has an underlying threat of obeying their rules or being killed. This makes things quite interesting and it is a little like being in The Walking Dead series to a degree.

There are a number of different types of zombie out there. You have your normal quite stupid zombie who is quite easy to kill. Then you have a group of the normal zombies in a horde, who can quickly overwhelm you. There’s a Swat zombie, who wears a helmet so can’t be taken out with a quick shot to the head. There’s the bloater who explodes and releases some sort of toxic cloud that can quickly drain your health if too close. And finally (or at least so far for me) there’s the juggernaut, which is a rather large zombie in coveralls who just charges you and very hard to kill. 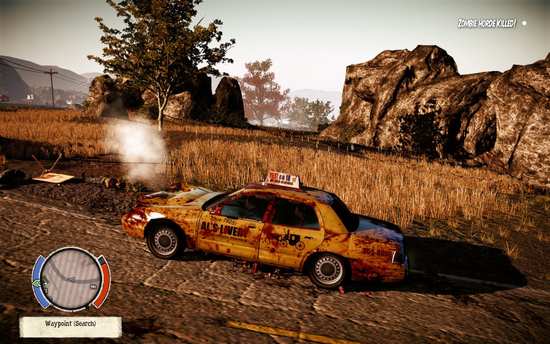 Death is ever present in this game and it is very easy to get overwhelmed early on as you’re getting used to the game. Stamina and health as well as carrying the right equipment are vital to survival, as well as some common sense in knowing when exactly to try and grab some extra equipment and when to cut your losses and head for the safety of home. If a character dies, then that is the end for them. Life goes on, you mourn the loss of the character and take control of another whilst keeping going. The great thing about this game is you really do start to care for the characters within your band and so the loss of any can be quite devastating. As the game saves in a single slot as soon as anything major happens, you can’t even go back and start at an earlier point. This can be a little frustrating but also suits this game completely. The other concern is that the game plays on once you’ve left it, although apparently the developers limited this to only two game playing days rather than limitless as when it first came out, so you may well find things have changed in the gaming world when you come back including casualties that you weren’t expecting. 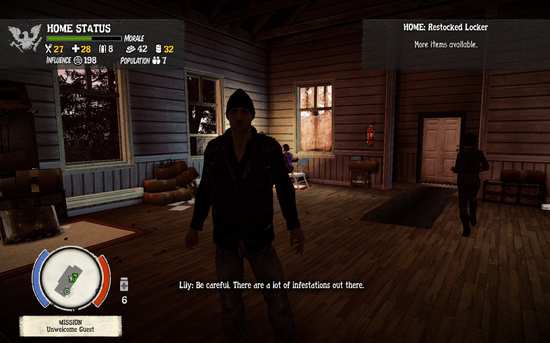 There are vehicles you can use, and this is where the GTA feel comes in more than any. You can use the boot/trunk of these vehicles to carry more equipment or use them as battering rams to take out lone zombies or marauding hordes, but the vehicles take damage and once damaged are never quite the same, making more noise and therefore attracting more zombies to your location. The one thing you don’t have to worry about though is fuel for the vehicles as they never seem to run out of fuel. You would be recommended to go out on foot as much as you can though and sneak around to make less noise.

You’ll also find that you can’t just do as you please. Whilst your enclave may have collected an awful lot of loot, you can’t just take it. You also can’t just upgrade your enclave or put out the search for survivors or materials. You need influence for that, so you have to go out there and gain influence points in order to spend them on whatever you decide your priorities are. This means that you may have to take some risks for the greater good or for your own long-term protection, as you attempt to build up trust. 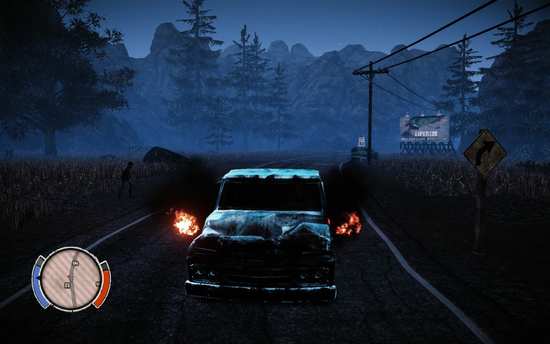 Overall this is a fine game with a relatively large openworld map, albeit nowhere near the same scale as GTA. Sadly there is no controller support, but using a keyboard on this is pretty easy to get used to. This is an intelligent zombie game that allows you to get into the heads of your characters and think a bit about how best to survive in this post-apocalyptic world. 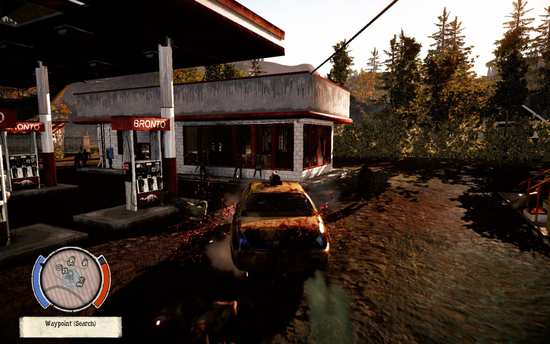