Most people these days have a smart-phone, others have a tablet as well, some even both. With the BBC, ITV, Channel 4 and even Sky offering apps you can download, watching TV on the go has become a reality. However whilst they broadcast to British viewers for free, or as part of your existing subscription in the case of BSkyB, streaming video on the move gobbles up your monthly bandwidth allowance quicker than pac-man at an acid house party.

Alas, whilst UK broadband users are enjoying either unlimited data covered by fair use policies, or at the very low end of the market, 20GB a month, our mobile networks are far from generous. Most standard phone tariffs will get you 500MB a month, some even less. This is barely enough for regularly streaming radio to your device, let alone video.

Enter the Hauppauge myTV 2GO, a portable device with built in wi-fi connection that streams Freeview to your iPhone, iPad, PC or Mac. Expertly timed with the in-progress digital switchover that sees analogue services getting turned off over the coming months, and digital transmission signal levels being boosted, this might just prove an ideal option for those more portable of people, that want to watch the box from places other than their living room sofa.

What's in the Box 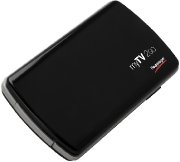 Amongst all the cardboard and air, we have a USB cable for charging the unit via your PC, laptop or similar such device. An open out leaflet that forms the manual portion of the affair, a CD with the Fuugo TV application for Mac and PC users, one 1050mAh 3.7V battery which looks like the sort that fits a few mobile phones...

...and the unit itself, which is surprisingly small, and about the size of a small mobile phone. The back cover easily slides open, the battery goes in, and then you have to charge it. When the battery hits 70% the red charging light will turn green, quite why it doesn't wait till 90% escapes me, but that mystery we'll leave for another day.

Thankfully, those eager to test it, needn't wait for a full charge, you can turn it on straight away as it will run USB powered.

Software for your Hardware

iPhone and iPad users at this point need a quick visit to the AppStore, where they must get the free myTV app. This supports both the myTV 2GO and myTV 2GO-m devices, the latter of which plugs directly into the Apple connector. Not the prettiest app in the world, this is very much function over form. 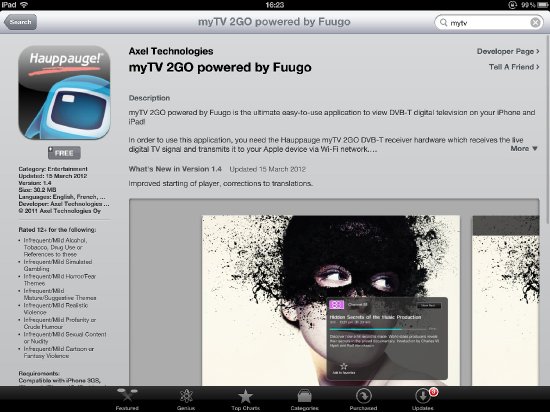 Launching the app gives you a set of instructions, where you select the model of hardware you own, and then you turn on the unit and have to join your unit to the wireless network it is using. Once that is done, you relaunch the app and it begins a channel search. Before you ask, I tried connecting two units to the device's wireless at the same time, the second would see the network but not connect. 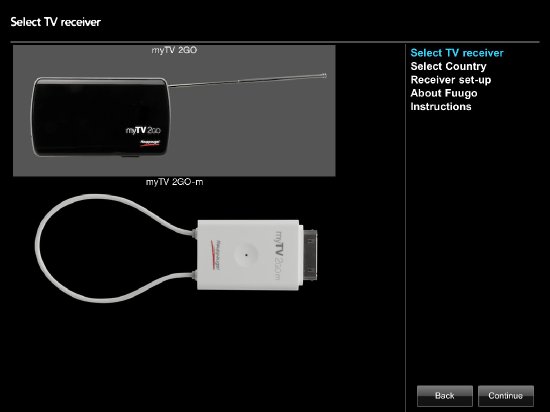 Alas, first attempt here with the unit placed on my office desk, with all the inevitable interference that entails, resulted in no channels at all. So plan B, wait for it to charge and then see if somewhere near a window might prove more fruitful.

The Hardware for the Software

The credit card unit includes a hidden standard miniature USB socket behind a flap, what feels like the most delicate extendable aerial ever made, a power button on the side which pressing for more than a second powers the unit on, and for more than three turns it off. A reset switch is there for emergencies, and three lights provide you with information on battery status, operation status (booting up, malfunctioning, in home network mode, or just off), along with the wi-fi indicator. 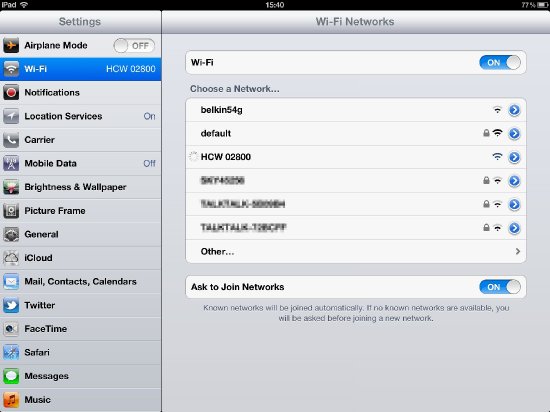 For some reason, leaving it plugged into a USB hub all night still resulted in the red light being on, so onto the wall charger it went. A few hours of that and the charging light went green, which of course means over 70% so quite how long full charge would take, who knows.

So, fully charged up, time to watch some telly. Unit powered on, iPad joined to the unit's private network, unit put by the window, Fuugo launched and channel scan begins. After the initial disappointment, this time it appears to find a bunch of things with unfriendly names like 490_4736, I guess something to do with the frequency they sit upon.

After the scan, a blue blob telly man appears with a spinning wait symbol, for what seems like ages. No wait, it is ages, it's trying to play whatever is currently on CBBC and failing. Trying another channel produces the same, and another, and another. There is obviously a signal strength or quality issue, but I can't quite find anywhere in the app which tells you what either of those are. 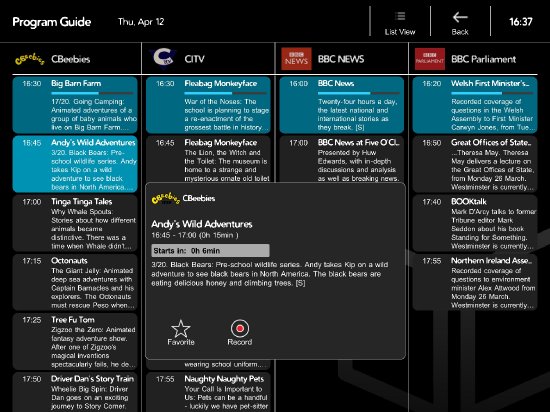 There is however an option to specify the settings to get the device to use your home wi-fi network rather than its inbuilt one. Once set, if the device can see your home network it will attempt to connect to it using the password you provided, otherwise it will create its own.

One advantage of being wireless is you can move the unit somewhere to get a better reception. At the front of our house, the side Crystal Palace sits on, well not literally you understand, more of a general direction thing, scanning for channels reveals a host of them, with meaningful names like BBC, Channel 4+1, and so on. 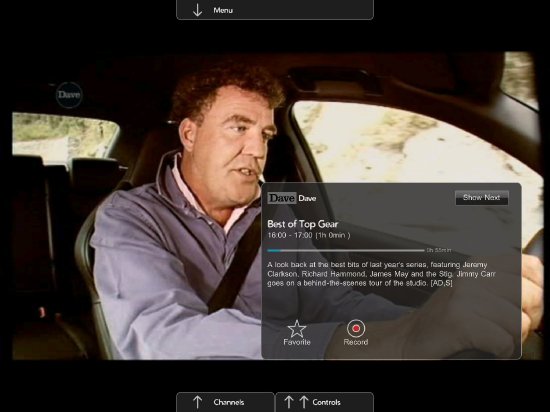 Not only does it find a load (but not exactly all) of them, the quality is stable enough on most channels when it comes to standard definition. Changing between channels takes about 5 seconds, which makes channel hopping a bit of a chore, but you can jump to any channel either through the scrollable icon list at the bottom or a programme listing guide.

Missing though is at least one multiplex, and no HD channels listed at all.

Listening to the Radio

Freeview also carries radio streams for a few broadcasters, not least the entire BBC output, which makes this a useful way to listen to your favourite station if it's on there, in better quality than DAB offers. Annoyingly, when you select a station the screen goes black. At least some sort of caption or logo like the BBC iPlayer shows when listening to audio would have been nice. 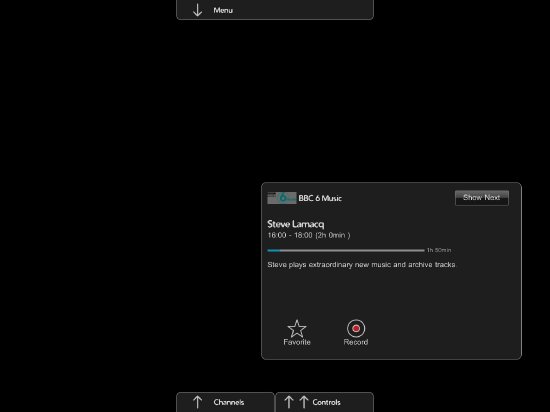 The other great thing the iPlayer app does, is let your device power off the screen and go into a semi-sleep state whilst streaming audio, saving battery life. Not so the myTV Fuugo app, which is a shame. Also going to the programme guide whilst listening to the radio caused the stream to stop, presumably as it needed the tuner to fill it with data, soon after doing that it crashed.

Whilst the programme guide is horrendously slow at updating, it does allow easy access to one of the interesting features of the Fuugo software, the ability to mark a programme for record. There are obviously limitations here, the app has to be running when the programme is scheduled, and you can't even put your iPad or iPhone to sleep.

Having tried the myTV 2GO in a few different areas, it's hard to recommend the device to UK users. Even in a place with a strong signal, there is occasional break-up and channels missing. This is, I suspect down to the tiny aerial, and alas the main point of a mobile device to watch TV with, is going to be using it in places where you can't get a nice big aerial on the roof. 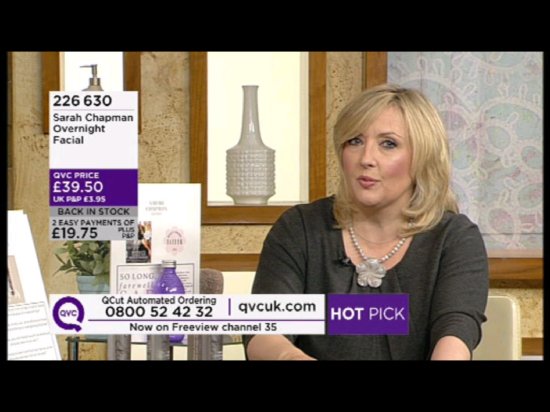 Recording seems a useless option, and I'm not overly convinced with regards to the battery life. Though perhaps the one provided with our review unit was faulty, and as a standard phone battery you could always carry around a few if you really needed to.

The built in wireless network, and ability to join a private one, are good touches. The iPad/iPhone app is, whilst not the snazziest in the world is functional and does the job. Hi-def would have been nice, but I guess we can't have it all.

The real problem is no matter how compact, how portable, how user friendly the software is, or how many features they deliver, everything ultimately comes down to how well it picks up Freeview channels, and unfortunately for whatever technical reason, quite often it can't.