Quote:
Robee J Shepherd says...
"What on earth is this? Scooby Doo? Boris would have got away with an amazing trade deal if it wasn't for those pesky kids?

The majority of UK media supports the Conservative party. The majority of the government are Conservative MPs. Brexiteer have been at the forefront of negotiating with the EU. But you know, it's all the Remoaner snowflakes that are causing all this."
So you either missed all of that or you agree with it.

Quote:
Si Wooldridge says...
"So you either missed all of that or you agree with it"
Or maybe it's all just scapegoat rubbish from a bunch of self serving egomaniacs. And you are cherry picking arguments to support your unwavering belief that voting for Brexit was the best decision, and that anything that has gone wrong is clearly not because of Brexit it's the opposition to it.

Instead, you could be linking all the benefits we have gained from it...

Brexit bureaucracy: 'These are not just teething problems' - BBC News

Quote:
Robee J Shepherd says...
"Or maybe it's all just scapegoat rubbish from a bunch of self serving egomaniacs. And you are cherry picking arguments to support your unwavering belief that voting for Brexit was the best decision, and that anything that has gone wrong is clearly not because of Brexit it's the opposition to it."
It's not scapegoat rubbish, it's stuff that happened and almost certainly complicated negotiations.  To what extent, I can't say and have no intention of deflecting blame elsewhere.

The ultimate signed agreement is the responsibility of the two parties involved, no one else.

Wanna eat some hideous fish? Maybe if they renamed 'em. Can't sell them to the EU any more. Have to sell them to Brits who throw up in their mouths at any fish that doesn't look like cod, salmon, or haddock.

More pesky teething troubles. Or not.
The irony of many of the proposed solutions to make trade more seamless blow my mind. (create/move jobs into the EU)...

Just a thought, if you want to heal a divided nation, maybe don't waste £120m we don't have on a party we don't need:
https://www.theguardian.com/culture/2021/mar/24/festival-of-brexit-first-events-for-divisive-120m-project-announced

Quote:
A celebration of the British weather and the largest grow-your-own food project of modern times will be among the events being staged for a nationwide festival of creativity aimed at bringing the UK together in 2022.
This is the Millenium Dome all over again. But at least we got a great concert venue out of it eventually... once all the money had been wasted... and people who actually understood what people wanted took over... 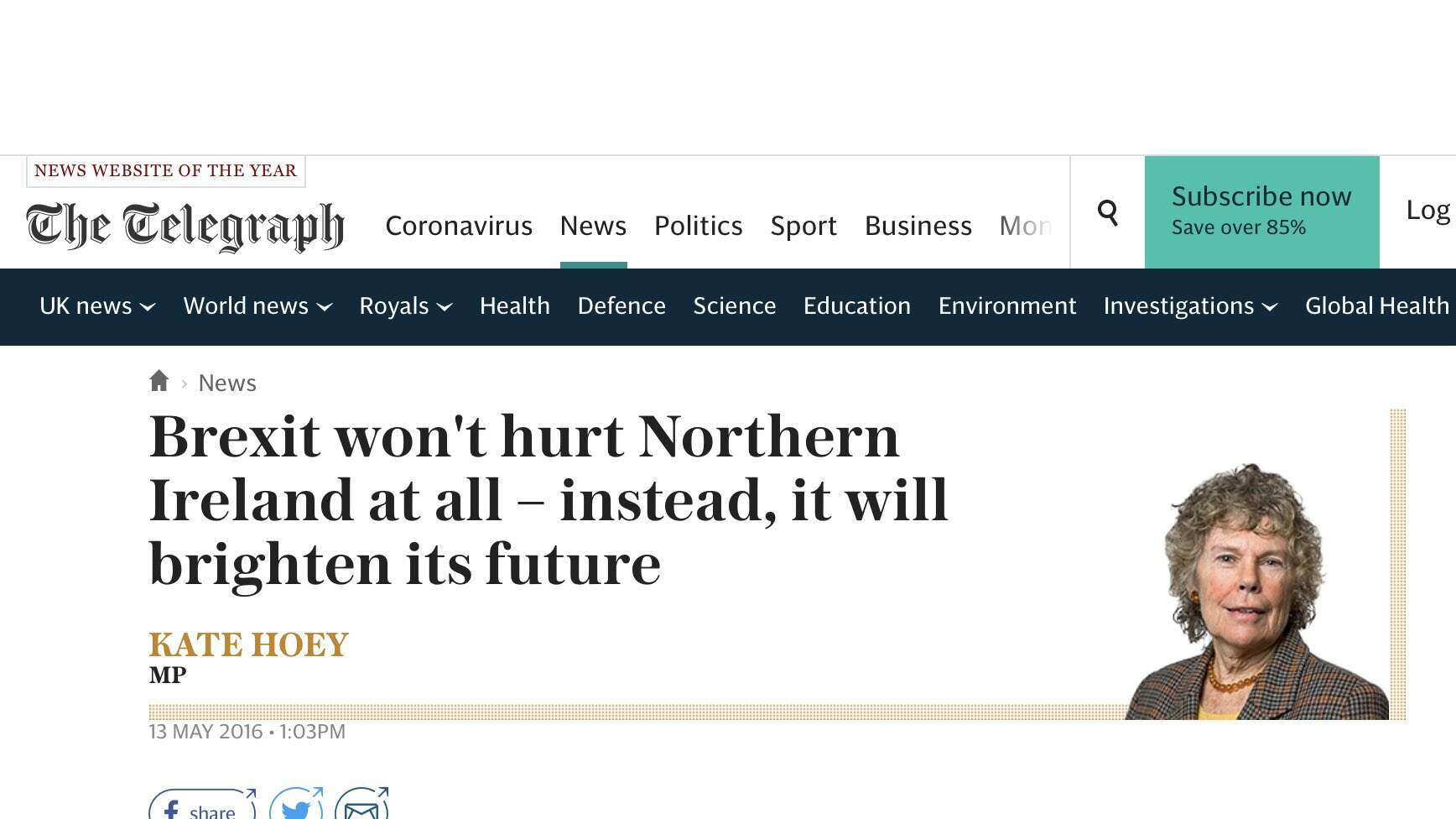 I think we are over a week of violence in NI now (most of it unreported this side of the water until yesterday):
https://www.bbc.co.uk/news/uk-northern-ireland-56664868

Exports to EU plummet by 40%:
https://www.theguardian.com/business/2021/mar/12/exports-to-eu-plunge-in-first-month-since-brexit-uk-economy

I don't think I need to link stories about how devastated the fishing industry is, I'm sure you've all read those.

But cool, everything is fine!

Works as both a good summary as to the situation in NI right now, and also a prophetic vision of the future, half of which has come true and the other half may come to pass.

One of the known impacts of Brexit was that freight entering & leaving the country would be subject to clearance checks before continuing on their way. About a year ago the Government sidestepped every planning regulation in the land to start work on the Sevington Inland Border facility, a gigantic lorry park where the freight will be processed, and as of right now, some truckers are getting Covid checks as well.

No-one knew this facility would going to be built untl a week before when local residents received letters about it, that it was going to happen, and there was nothing they could do about it. Al the locals managed to do was to demand on a 'buffer zone', where land between the truckstop and a nearby village would be guaranteed not to be developed, protecting the villagers (& their property values). This was agreed, but give it 5 years and that'll probably be torn up as well.

Now, a freedom of information request by the main local news company asking for details of any environmental impact the truckstop will have has been rejected by the Environment Agency and also the Department of Transport.

The reasons given are pure bullshit word salad.

This line is of interest though.
Quote:

It said it had taken into account representations made by contractors* it had commissioned to investigate the potential impact of the development of the site that became fully operational last month.

Its response said that having done so, it was invoking exemptions that permitted authorities to withhold information which “if disclosed would adversely affect the confidentiality of commercial or industrial information to protect a legitimate economic interest"**.*Developers lie. They have done for decades. They will spin facts and information towards the positive so they can secure the contract and get the money. I work on the fringes of the construction industry and have known this since day one. Any developer who told the council anything they didn't want to hear wouldn;t have got the job.

Luckily, someone in the comments section did the math

This goes against absolutely everything in the Freight Carbon Review of 2017 which is why they are keeping it a secret. The people living there are going to be getting the equivelant of 1600 full Jumbo Jets flying from London to Edinburgh each year or 4.4 Jumbo Jets worth of London to Edinburgh pollution dumped on them a day.

Disliked by: admars
Thanks from: Robee J Shepherd
...