Page 2 of The Trump Presidency
this thread has been closed 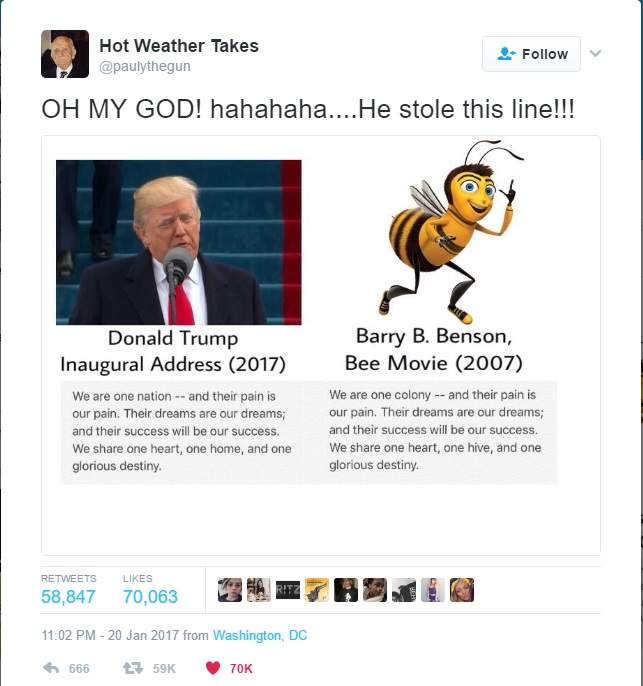 Quote:
Rob says...Because I can't think of a single accusation anyone has flung at Hillary that does not equally apply to Trump. What is it I'm missing?
The danger of further wars.....

My only concern in Europe as we are right in the middle between USA and Russia and if anything goes wrong cold war wise, we are all dead.

Even though I will be returning to Australia in the near future, I will be leaving half of my family behind here in the UK, so I want peace to ensue for the sake of my kids. Plus a WW3 situation would involve all countries, so we would not even be safe in Australia.

If you look at Clintons career as Secretary of State, she has been knee deep in America's recent wars, conflicts, and its dirty hidden wars.

Since 911 which may or may not have been deliberately instigated to give an excuse for War on Terror, (A lot of Americans and others worldwide believe it now to be an inside job).

This lead to an aggressive push towards a decade of 'now proven as illegal' Middle East wars, and involvement in Arab spring wars and now Syria to a lesser degree. Thank goodness our own UK Parliament saw sense and refused for the UK to be involved in that mess.

The above wars has lead to many thousands of deaths and the biggest mass migration of people since the second world war, and an obvious backlash result of hatred that has caused Islamic terrorism in Europe due to our interference in the Middle East. we just do not want any further escalation of wars.

My worry is this, that there has been a push on in recent years to have hatred once more towards the Russians, and as Bush, Blair, Obalma and Hilary was just a pawn in this game since 911 onwards, so it was certain she was on track for going to go back to a Cold war situation or worse, a WW3 situation. So there was a large distrust of her due not only to the above, but her emails fiasco, and her character. Large enough for Trump to win, even though his character is not that of an angel either.

This brings us to Trump, as hopefully the lesser of two evils, and we will either see him as a great statesman of ensuing peace, or yet another pawn in this dangerous brinkmanship game, Where all our lives are at stake.

So that's my opinion based on years of watching manipulated  and illegal wars unfold, as all I want in this world is to see it go on in one piece, for the sake of my children, grandchildren, and everyone's children.

Sorry gents not going to comments on Trump , I voted for Hillary ,first time ever I voted which didn't count for Nada! Translation for nothing.So I will never vote fin!

Quote:
ella says...
"So I will never vote fin!"
Not only should you reverse that decision you should spend the next four years persuading anyone else to vote.
Otherwise he'll have your (women's) vote back off you and you'll be able to drive at night from the light of burning crosses on the lawns.

I've voted my entire life and nobody I've voted for got in.

[VIDEO] RE: The Trump Presidency

Lot of furore recently about the numbers at Trump inauguration, with an image of the crowd being shown side-by-side against Obama's inauguration. Now, I detest Trump with every fibre of my being, but it's not exactly fair to compare the crowd that came to watch the first Black President's inauguration to that of a man with the lowest approval rating since...whenever.

The thing is, they could have said that. Trumpo's new press secretary has come out and called the press liars, basically. Trump has tried to say the crown was in the millions, while official numbers, including the metro system, has it nearer 600,000. Trump was never going to be as popular as Barack, he didn't even bring a bigger crowd than Reagan, but to hear apologists claiming that 'all the Republicans were at work', when 6 months ago they were all claiming the Mexicans were stealing their jerrrbs is hilarious.

Still it's revealing to see what Trump saw from his point of view...

Something I'm hearing a lot of lately is 'He won, just move on'.

Shame really, that they couldn't bring themselves to do that themselves when Obama took office - twice. At least they had a very vocal spokesman leading the complaints.. 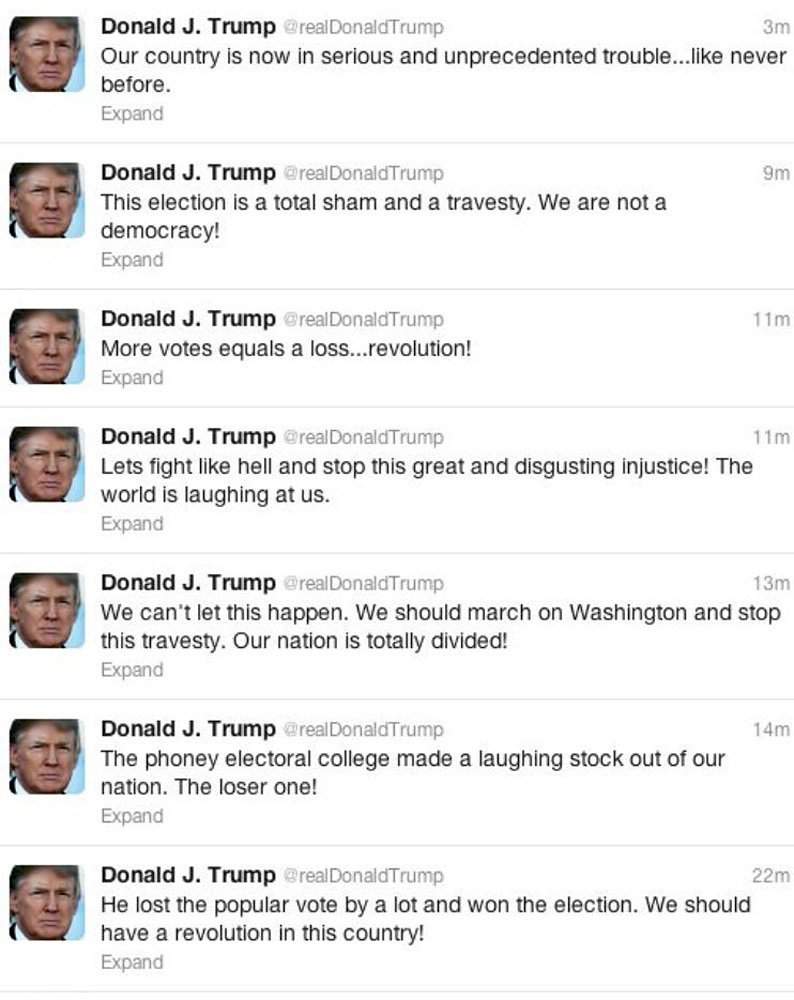 I saw comparisons and wondered if they were taken at the same time during each inauguration because he was way down on numbers, watching the whole timelapse shows that really was a fair comparison.

But it's clear they are continuing with this post-truth strategy, and are going to claim the "media" is against them and posting fake news and lying, so their supporters can maintain their own personal reality bubbles.

Whatever you might think about the media, ignoring all news that comes your way other than that officially sanctioned by your glorious leader, is not healthy for democracy... ask the Russians.

Found this a few months ago and it's somehow turned into presidential bingo:

1. Powerful and continuing expressions of nationalism.
2. Disdain for the importance of human rights.
3. Identification of enemies/scapegoats as a unifying cause.
4. The supremacy of the military/avid militarism.
5. Rampant sexism.
6. A controlled mass media.
7. Obsession with national security.
8. Religion and ruling elite tied together.
9. Power of corporations protected.
10. Power of labor suppressed or eliminated.
11. Disdain and suppression of intellectuals and the arts.
12. Obsession with crime and punishment.
13. Rampant cronyism and corruption.
14. Fraudulent elections. 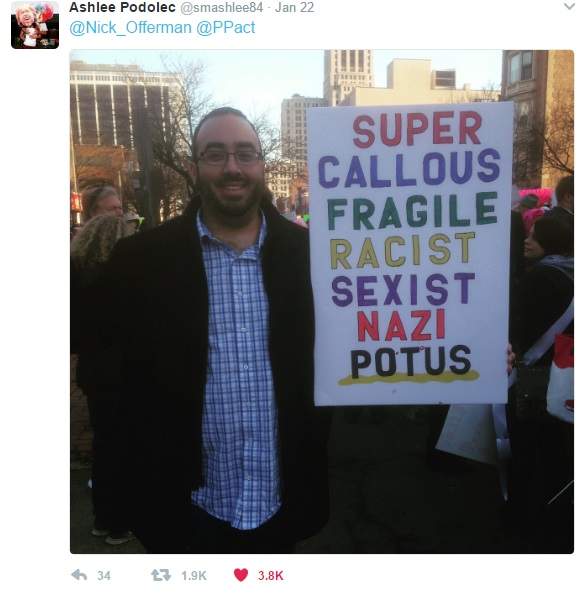 I am not young enough to know everything.
Liked by: Robee J Shepherd pat-w mbilko