I never really watched Kenny Everett back in the day, at least not until he was on the BBC. Half of it was down to my parents putting their foot down, but half of it was down to my age. Back in 1978 when his Thames TV series began, I was still of an age to be rocking the nursery rhymes, and pop music was still to be discovered. But I developed an appreciation for Kenny Everett’s brand of manic comedy after the fact, and when Network announced that they would release the entire Thames TV series on DVD, I made one of my mental notes. This time the note didn’t fade, and I grabbed a copy at the first convenient sale. And I was shocked to see that it rated 15. Kenny Everett was early evening entertainment on ITV. Surely society hasn’t changed that much! The BBFC isn’t forthcoming as to what offended their sensibilities, so I guess I’ll have to find out for myself if Kenny Everett’s naughty bits are indeed naughty. 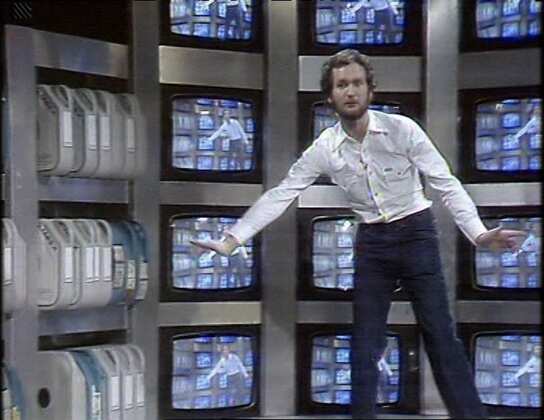 There’s a more detailed explanation on the inner sleeve, but it turns out that the Kenny Everett Video show was a rough and ready production, with guests often booked at the last minute, and paperwork an afterthought. Getting clearances for the music performances for the show turned out to be Network’s biggest challenge, and quite a few artists have been removed from this collection. Most of Kenny Everett’s sketches and funny bits remain intact however. It should be noted these episodes were released in their complete form on VHS back in the day. 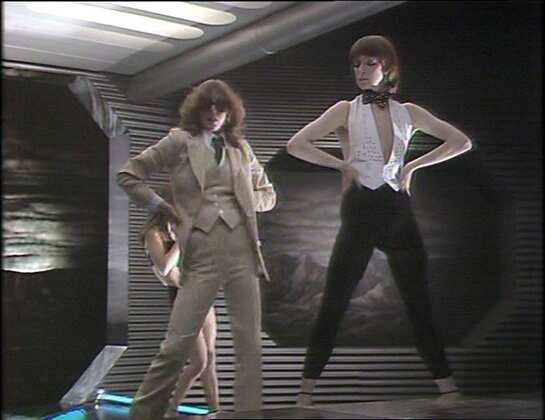 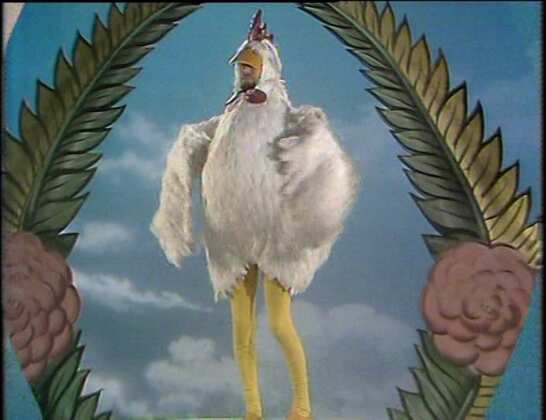 You get a 4:3 regular image which is a faithful reproduction of the original video with 40 years of age added in. That said, the Kenny Everett show is pretty stable on these discs, free of significant damage, with clear, consistent colours, and only the occasional tape artefact as a sign of age or damage. More evident are the video artefacts inherent in the format, a degree of constant, horizontal banding, glare and after-burn, and the over softness that you would expect. It’s still delightfully watchable, and the Captain Kremmen animations are quaint and nostalgic. Kenny Everett was always innovating with tape when it came to radio, and that’s even more so with videotape and there are plenty of chroma-key gags and tricks to appreciate. 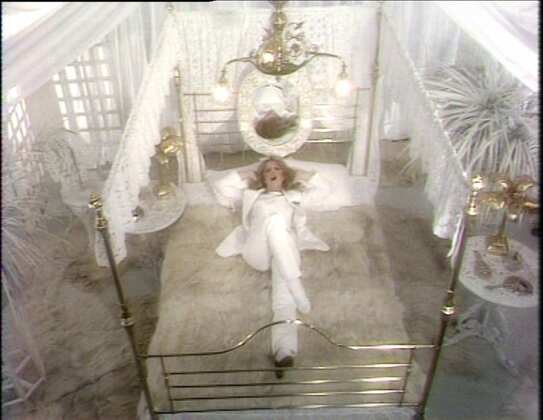 You get a DD 2.0 mono English track which reflects the original broadcast. There are the odd moments of hiss, but generally the audio quality is acceptable, the speech is audible and subtitles aren’t too badly missed. Most importantly, the music comes across well. 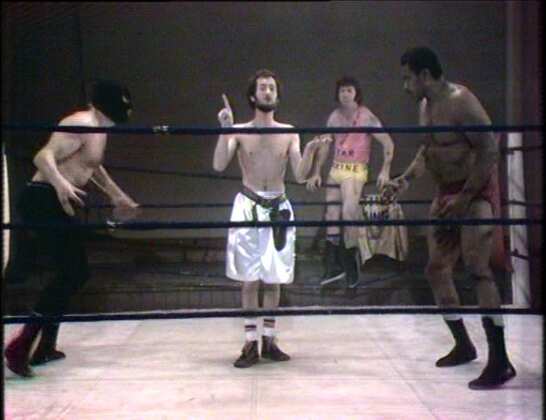 You get all four series plus specials on six discs in a fat Amaray case. You get two discs overlapping at the front, two at the back, and two on a centrally hinged panel. The inner sleeve has an episode listing, and the aforementioned disclaimer. Each disc boots to a static menu. 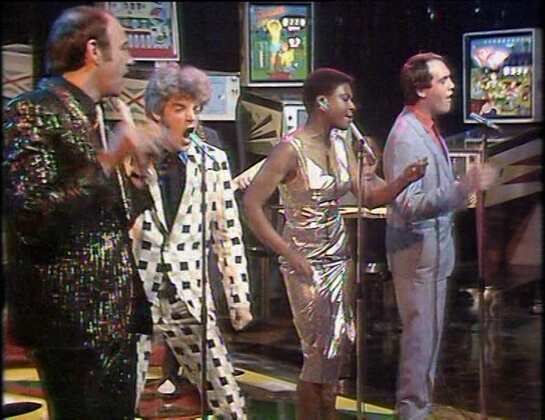 This turned out to be quite the surprise for me, despite the fact that nostalgia prodded me into placing an order for it. Kenny Everett was a constant presence on TV and radio in my childhood, and my memories of his BBC shows, and a particular Spider-man sketch made me long for a chance to re-experience that unique brand of silliness. Those BBC shows remain locked up in a vault, but Network did release these earlier shows from Thames TV, and I thought that they’d be much the same, even though I had never seen them. I was too young at the time, wasn’t allowed to enjoy that anarchic humour, even in the early evening time slot that the first three series got. My nostalgia had me fooled. It turns out that Kenny Everett isn’t as funny as I remember. But I got quite the pleasant surprise with these Thames TV series. Having only seen the BBC shows, I never knew that there was so much music content. For the first three series, it’s almost like Top of the Pops, but with longer, and sillier links between the songs. Even the shorter series had at least two performers and a Hot Gossip number, three songs in a half hour slot. 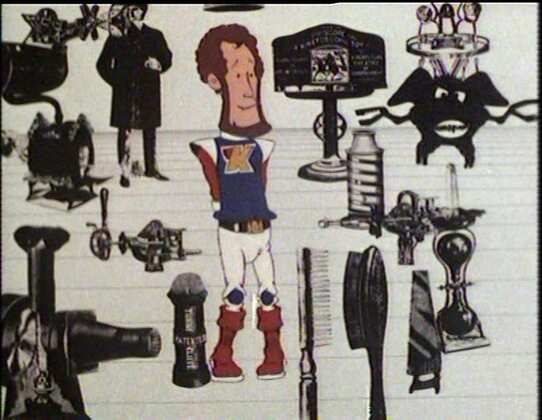 My music appreciation actually begins in 1983, the year I really started to listen to the radio, and buy singles. Before that point, Top of the Pops was something that my parents watched, and I sort of ignored while playing with my toys. Thereafter, it was me watching Top of the Pops and my parents complaining that they could no longer tell the gender of the artists. I am an eighties kid after all, and that’s my music of choice. But that does also mean that I’ve missed out on pretty much all of the first three years of that decade when it comes to music. With the Kenny Everett show stretching from 1978 to 1981, there’s a lot of music here that I experienced for the first time, and surprisingly, I liked quite a lot of it. 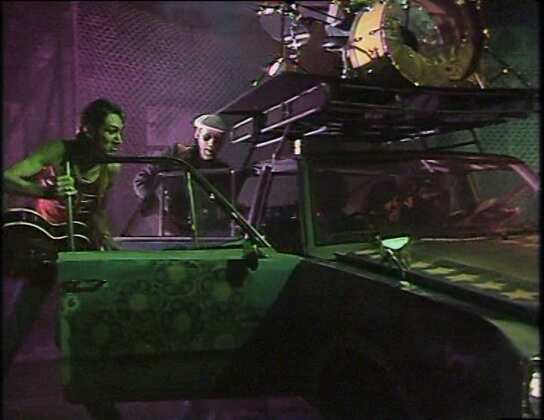 It turns out that the late seventies was a really interesting time when it comes to music. Glam and prog rock was waning, punk’s firework had exploded and all that was left was the after-burn on the retinas, there was a strange nostalgia for fifties rock, and of course there was the birth of synthesizer music, and the seemingly evergreen presence of the crooners. A lot of this is represented here, although punk only makes a couple of appearances (one of them a pre Gizzard Puke Kenny Everett sketch). Of particular interest to me was seeing and hearing earlier work from artists that I would follow into the eighties. Through the series you can find performances from Bryan Ferry, Bonnie Tyler, Suzi Quattro, The Moody Blues, Elkie Brooks, a lot of David Essex and Cliff Richard, The Boomtown Rats, Rod Stewart, Leo Sayer, Elvis Costello, Thin Lizzy, The Pretenders, Squeeze, Gerry Rafferty, David Bowie, The Shadows, Gary Numan, Police, Dusty Springfield, 10CC, Joe Jackson, Hot Chocolate, Chas & Dave, Dire Straits, The Who, and even more groups that I’d never heard of. And on occasion, you’d get a live performance in the studio, or maybe just live vocals. 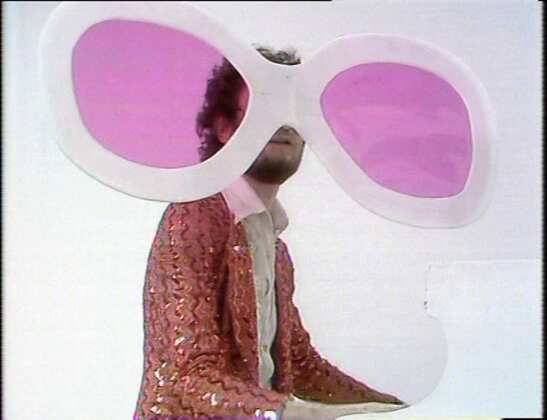 As mentioned, Gizzard Puke isn’t in this series, and neither is Cupid Stunt or Reg Prescott, but you will find sketches with Sid Snot, Orson Welles, Brother Lee Love (big, big hands), the animated adventures of Captain Kremmen (which became Kremmen and Carla live action gags in the final season), the helium voice baby in a pram, Angry of Mayfair (business suit at front, women’s underwear from the rear), the Cowboy who could never get a drink, plenty of the lothario Marcel Wave and many, many more. He’d often be aided by guests like Billy Connolly, Mel Smith, even Bernard Manning. Remember, this was the seventies, and there is some humour here which doesn’t quite raise a smile 40 years down the line, and it’s hard to put yourself in a mindset that appreciates blackface humour. But the majority of the comedy does still hit the spot, and there are a few downright classic moments here, notably the do-it-yourself Bee Gees kit, all of it performed to the technicians and studio crew working the show, and with the odd outtake left in as well. 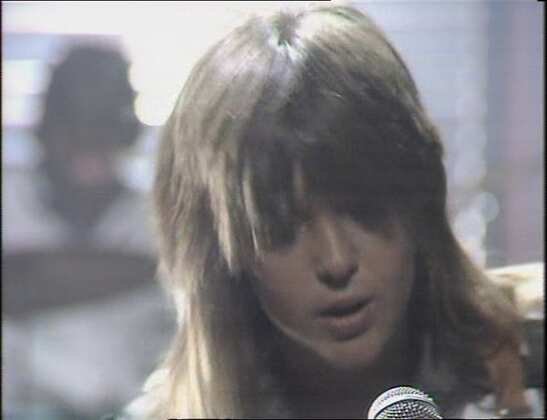 There’s a lot of humour to be had from the links as well, and there are trips to the ‘video vault’ where clips from yesteryear and weird adverts from around the world can be discovered. And Kenny was just as adept with video tape and effects as he was with audio tape and loops for his radio shows. Of course there are the naughty bits which the first season really advertises. They’re not the flashes of boobs that were spliced into the show, cut outs from newspapers and magazines; the naughty bits referred to the Hot Gossip routines, one per episode where a group of sexy young men and women (and Sarah Brightman) would thrust and gyrate in their skimpies to the latest or classic hits. 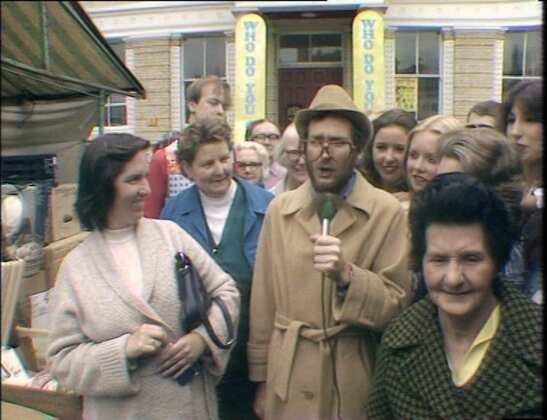 Actually it was video that probably did for the Kenny Everett show. The fourth season, The Kenny Everett Video Cassette is closer in tone and style to the BBC shows. Up till this point, the performers that appeared either performed on stage, or on occasion they’d make a film especially for the show, but by 1981, the video promo was taking over, and there was less of a need to make a film for a single music show. The final season would show just one performance per episode, while Hot Gossip would perform their own material (they sang too, not well, but they sang). It was no longer a music show. It was a comedy show with guests, and The Two Ronnies were doing that, if not as goofily. Consequently there was a lot more comedy, including a regular Star Quiz segment, where celebrities like Terry Wogan, Tom O’Connor, Michael Aspel and the like were gunged, ten years before Noel Edmonds started doing it. 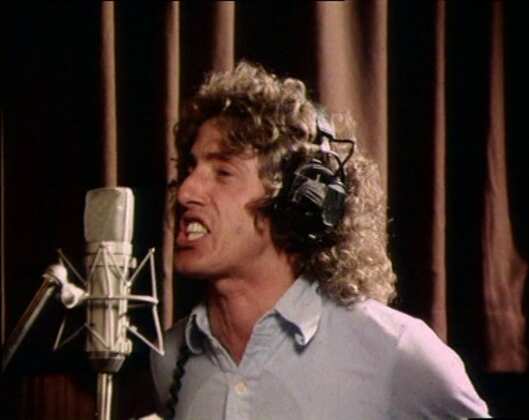 It was a different time, not least when it comes to the comedy, but also with celebrities being good sports in sending themselves up. Where else would you see Cliff Richard trussed up and being whipped? Most of the show is still funny, but it can suddenly feel painfully embarrassing and cringe-worthy on occasion. It’s not the laugh riot I expected it to be; but on the other hand, it’s a treasure trove of pop music that I had never heard before, most of it really good. Network have released a little gem of a collection.