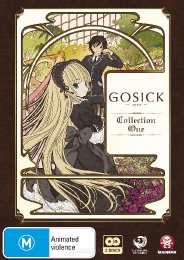 Synopsis:
The students at St. Marguerite's Academy in the tiny European nation of Sauville love scary stories and urban legends. So much so that it's a little unhealthy. Kazuya Kujo learns this the hard way when the entire student body takes to calling him the "Dark Reaper" and enthusiastically spreading rumours about his evil supernatural influence because of his black hair and eyes. In an attempt to understand their horror-mania, he visits the library to read up on local legends. Weirdly there is a greenhouse at the very top of the library, itself fashioned from a medieval tower. In the greenhouse is a golden-haired girl named Victorique. Victorique takes an interest in the good-natured Japanese exchange student, and before too long they're using her uncanny deductive prowess to crack all manner of heinous crimes.﻿