Welcome to the NHK: Complete Collection 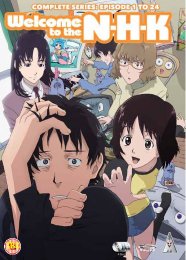