Review for Red vs. Blue: The Shisno Paradox

16 seasons in, and Rooster Teeth switch from numbering each new season of Red vs. Blue to naming them instead; which is daft in a show that builds continuity across the seasons, and even dumber for the second instalment of the Shisno trilogy, which begins with Red vs. Blue Season 15, continues in this, Red vs. Blue The Shisno Paradox, and concludes in Red vs. Blue Singularity. Not that any of this matters, as the Red vs. Blue franchise is screwed in the UK, and if you were hoping to import, also now screwed in Australia, where Hanabee have stopped releasing Rooster Teeth products. Manga Entertainment released the Chorus trilogy and Season 14 of Red vs. Blue in the UK before stopping. I picked up the first ten season boxset and season 15 from Australia just to avoid the risk of region coding. 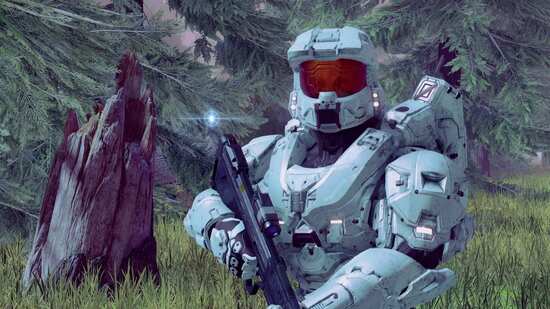 Warner Brothers bought the Rooster Teeth studio a few years back, and they now distribute the content. They went and released Red vs. Blue Singularity (Season 17) in the UK without releasing the first two instalments of the trilogy, which are downright essential. Because of that, I wound up picking up the release for a bargain bucket price in CEX, something that I wasn’t going to do, given how screwed the release is. Realising that I was now missing the middle instalment of the trilogy, I wound up taking a chance on Cinedigm’s US release of The Shisno Paradox second hand, in the hope that it wouldn’t be locked to Region A, and thankful that it was a BD/DVD combo release just in case the Blu-ray was locked. In the end, the Blu-ray does play on Region B players, so we’re all good. And looking ahead, while Warners have released Red vs. Blue Zero (Season 18) in the US, unsurprisingly, they haven’t released it anywhere else. 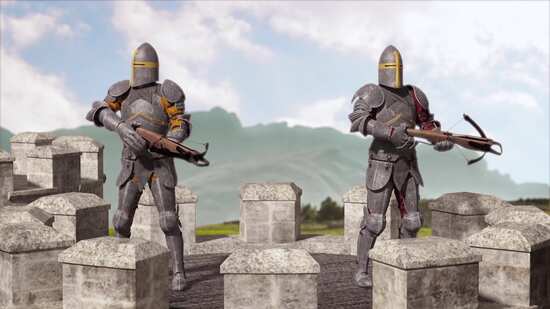 The Blues and Reds rampaging across the universe in a crime-wave may have failed to draw out the Reds and Blues they were impersonating, but a message from Church did just that, setting them on a mission that ended tragically, although it did also give them access to time travel technology. 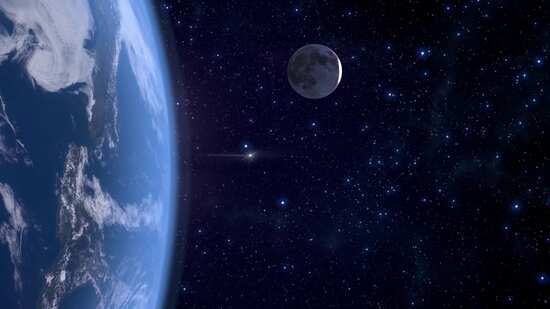 And now Tucker and Sister are travelling through the years to get laid with famous film stars, Grif and Doc are trying to bring back pizza, which has been mysteriously erased from history, Sarge and Simmons are recruiting historical heroes to create the ultimate Red team, and Caboose and Lopez are looking for Caboose’s lucky penny. But time travel is bad, it threatens the fabric of reality, and now even the Gods are involved, trying to stop the Reds and Blues from ending the universe; and if they’re not careful, Donut might actually just do it. 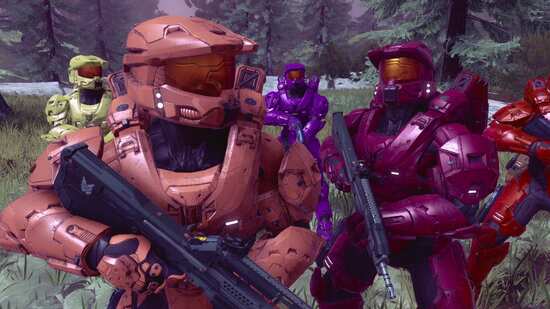 Red vs. Blue gets a 1.78:1 widescreen transfer at 1080i 60Hz. Given that the footage is captured from various X-Boxes, that format is to be expected. You’re essentially looking at videogame footage here (with a few moments of studio animation), which is as good as a console can render, so if I were still qualified, this would be where I’d be whinging about polygon counts, texture maps, draw distances and clipping and the like. Since I’m about ten years out of date for that, I’ll just say that Red vs. Blue looks pretty good, and graphical glitches are few and far between. Whether that’s a compliment to Rooster Teeth or Microsoft or Bungie, I don’t know. It’s all clear, and sharp, and watchable throughout. 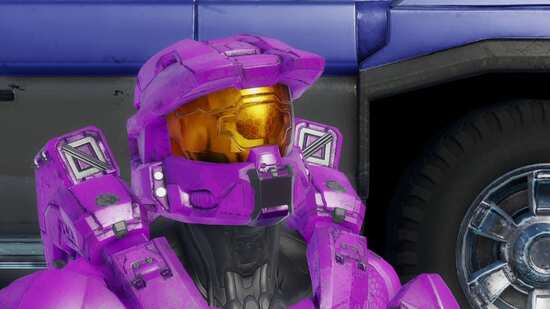 Red vs. Blue The Shisno Paradox gets a DTS-HD MA 5.1 Surround audio track, with optional English subtitles. The audio is really quite good, immersive and with a decently designed surround soundstage. The action is presented well, and the presence of subtitles is useful for a couple of goofy voices and accents. Coupled with surreal dialogue, subtitles really are useful for understanding Caboose at times. 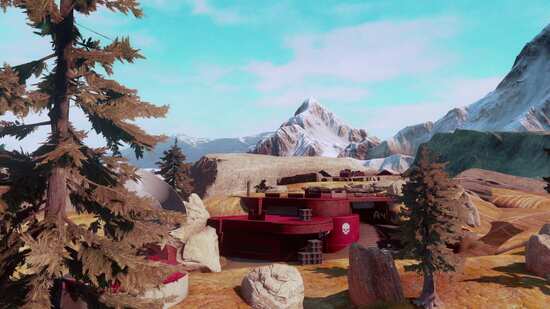 The Blu-ray and the DVD are presented on each inner face of a thin BD Amaray style case. The Blu-ray boots to an animated menu, and the 15 episodes of Season 16 are presented as a 166 minute feature. The following extras are on the disc.

The audio commentary with the director and animators is accessible from the Setup menu. 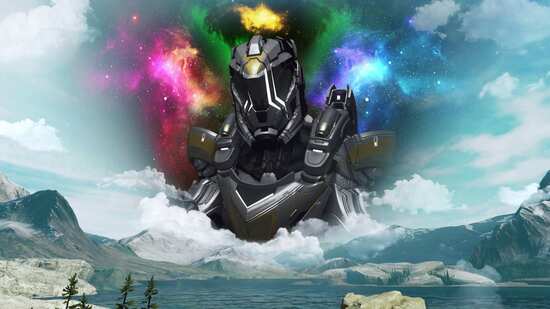 Finally there are trailers for Blood Fest, Lazer Team 2, Achievement Haunter, Gen:Lock, and Nomad of Nowhere. 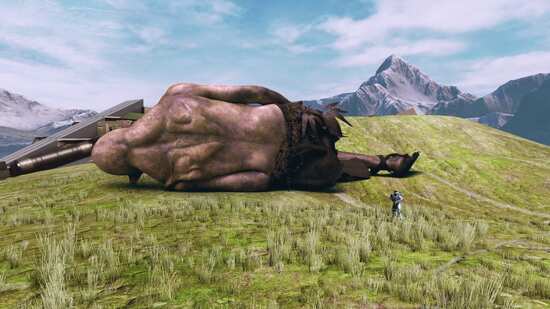 The Shisno Trilogy may just be the most ambitious Red vs. Blue story yet, although Season 15 was comparatively straightforward. The Shisno Paradox on the other hand throws time travel into the mix, and if you don’t dot all your i’s and cross all your t’s, then it’s easy to get lost in the complexities of the plot. Ironically, it’s not helped when the main characters, the Reds and the Blues are idiots. It’s two hours into this film before someone reminds them that they are on a mission to find Church. The fact that they are time travelling in some instances into their own personal histories, established across the previous 15 Seasons of Red vs. Blue, then you have to accept that the Shisno Paradox is by far for existing fans of the series, and unlikely to draw new fans in. Apparently Singularity is even more like this than The Shisno Paradox, but I’m just borrowing trouble for another review. 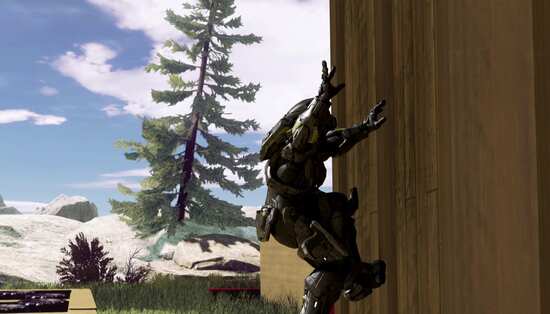 However, given that the characters are idiots, it does simplify matters for a fair bit of this story. There’s no great mission, and very few thought provoking time travel shenanigans to tease the intellect. The Reds and Blues are just travelling through history for their own trivial, personal desires and needs, although the story might take things a step too far in separating the characters into pairs for the most part, Grif and Doc, Tucker and Sister, Sarge and Simmons, Caboose and Lopez, although the latter pair is mostly off screen for the duration. Tucker and Sister are on a mission for historical sex, although it turns into an exercise in denial. Sister’s insatiable to begin with, but over the fifteen seasons, we’ve only ever heard Tucker talk the talk. Now is his chance to prove himself, and unsurprisingly he fails. Grif’s search to recreate Pizza sounds dumb, and it is, and consequently it is the biggest plot motivator in the story. 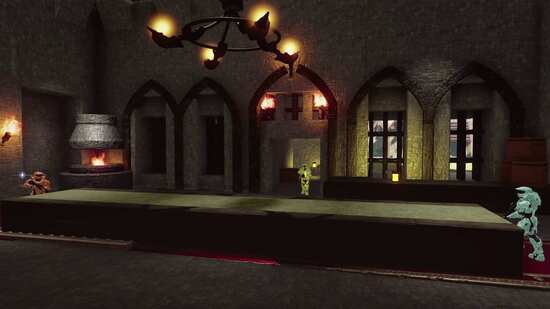 The most entertainment comes from Simmons and Sarge. Sarge’s first idea is to fix his tactical mistakes in the past, but he winds up at cross purposes with himself. Like a bad workman blaming his tools, he then decides to recruit the baddest soldiers of all time, although a wrong turn through time ends up with them on a film set, making the story of their lives for Jax (the idiot news cameraman from season 15 who is now a psychopathic film director) 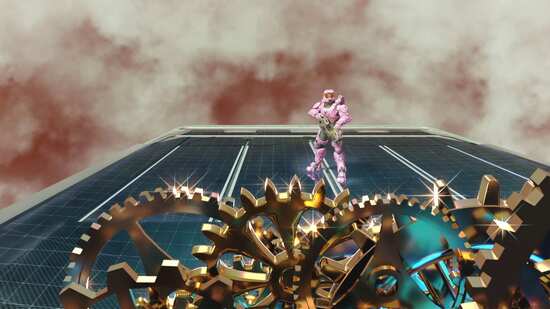 There’s two hours of this silliness before the Reds and Blues are reunited, and the true nature of the story is revealed, the Gods trying to stop their meddling in time, and the villain behind the piece, manipulating them all to change the universe itself. And once things get serious, the Reds and Blues screw up in a spectacular manner, true to form as always, leaving us on the cliff-hanger that will lead into the final instalment of the trilogy, and the only part released in the UK, Singularity. 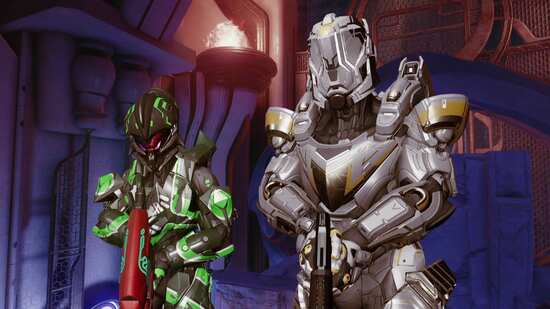 It has ever been thus that Red vs. Blue has been at its best when it’s been doing its “Waiting for Godot” thing, just amiable, daft, and profane conversations and slapstick antics while a plot was unfolding vaguely in the background. There is a lot of that here in The Shisno Paradox, but there’s a lot of plot here as well, no longer in the background. It’s not often that I’d say that the plot is actually a distraction from the good stuff, but it is true with Red vs. Blue The Shisno Paradox. It’s still delightfully entertaining though, which is the whole point.