Recently the big news was that Rumiko Takahashi’s Urusei Yatsura is going to be remade. That caused a few scratched heads, given that the original was a much loved anime, and still exists for many fans. The very eighties style to the anime doesn’t seem to lend itself to modern sensibilities. But then again, there are the anime remakes that are well worth making, and well worth seeking out. Dororo is one such title, a tale from the father of manga himself, Osamu Tezuka, and a story that was last animated in 1969, in black and white at that. It’s a story that’s ripe for rediscovery, although it’s not a story that is new to MVM who are now releasing the 2019 remake on Blu-ray. Way back in 2009, MVM released the live action Dororo movie on DVD, and I found it to be a really enjoyable movie. The film is deleted but can still be had second hand, and is well worth a watch if you can find it. 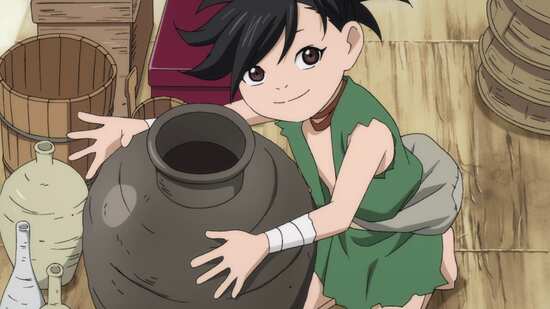 In a time of endless war, the Lord Daigo wanted to assure that his rule over his dominion would be unchallenged and total. And so he made a deal with the demon kings, selling what he held most dear for power. That price became clear the day his first child was born. Lightning struck, reducing the newborn to a piece of flesh, stripping it of skin, limbs, face and organs. Yet the lump of meat clung on to life with tenacity. His father ordered it disposed off, and bade his wife to bear him another heir. But the nurse that took the baby to the river to be drowned, took pity on the infant, and instead entrusted its future to luck, placed it in a boat and set it adrift. 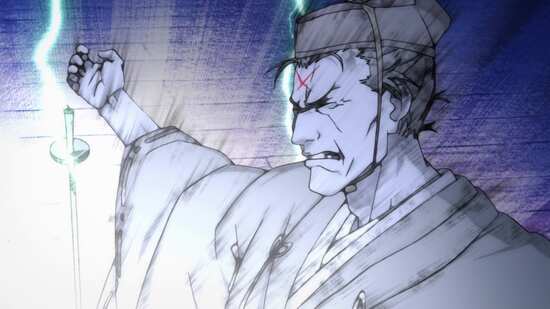 Luck did come to the child when the boat was discovered by a doctor named Jukai, a man atoning for his sins on the battlefield by crafting prosthetics for those maimed by warriors. He adopts the baby, named Hyakkimaru, and crafts replacement limbs, and a mask for him. He also teaches the child how to survive and defend himself. And in this war torn realm, there are plenty of demons and monsters lurking. But when Hyakkimaru kills a specific monster, something strange happens; a prosthetic falls off, and his leg grows back. The nature of the curse now clear, Jukai tells Hyakkimaru to go forth and find the Demon Kings that rent his body at birth, to restore himself. Early on in his quest, Hyakkimaru encounters an effervescent young thief named Dororo. 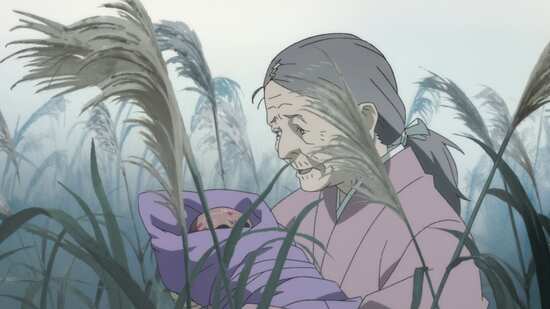 The 24 episodes of Dororo are presented across 3 Blu-rays from MVM, 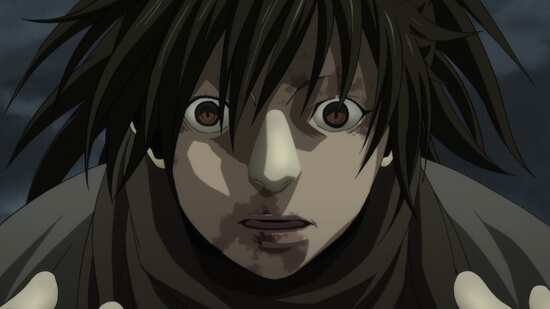 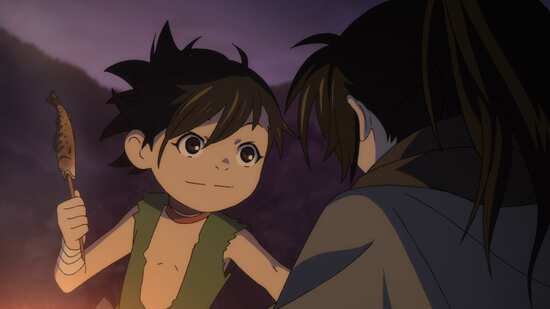 Dororo gets a 1.78:1 widescreen 1080p transfer on these Blu-ray discs. The image is clear and sharp, colours are consistent, and the animation comes through without any sign of compression or aliasing, and only the lightest of digital banding in darker scenes. I had my misgivings about Dororo, given Osamu Tezuka’s classic character designs, and bold line art more suited to vintage television. That coupled with the stylistically limited colour palette suggested that HD might turn out to be overkill. I’m completely wrong in that assumption, as in practice Dororo turns out to be quite detailed when needs be, and the colour choices, while subtle are varied enough to demand the higher colour gamut that BD offers. Most importantly, the effort put into the animation really deserves to look at its best, and this show has some of the best action sequences I’ve seen in quite a while. Having said all that, it seems that the animation of horses really has become a lost art these past couple of decades. 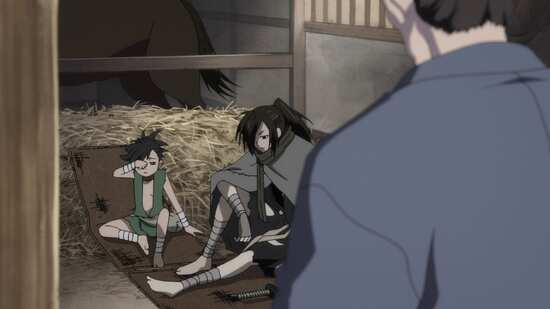 You have the choice between DTS-HD MA 2.0 Stereo English and Japanese with subtitles and signs locked during playback. I stuck with the Japanese throughout, and was happy with the experience. The actors are suited well to their roles, the dialogue is clear, and the action comes across well, with the stereo giving the show no little space, especially with a little prologic. The music really suits the show well, driving the action and the emotional weight of the drama, while the theme songs are striking and memorable, particularly the first opening sequence. There were a couple of issues though, a subtitle typo in episode 19 (“wine” should have been “whine”), and a pop in the Japanese audio in episode 22 at 11:36. The English audio is fine at that point. The subtitles are accurately timed, and aside from that mentioned, free of typos. 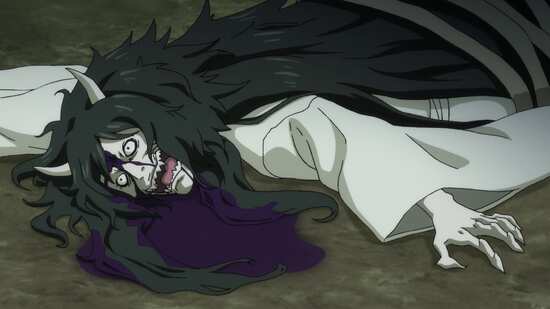 The discs present their contents with static menus, and each episode is followed by a translated English credit scroll.

The extras are on disc 3, and comprise the second textless opening only, four textless closings, 4:39 of Japanese Promos for the show, and trailers for SWORDGAI, Babylon, World Trigger, and Karakuri Circus. 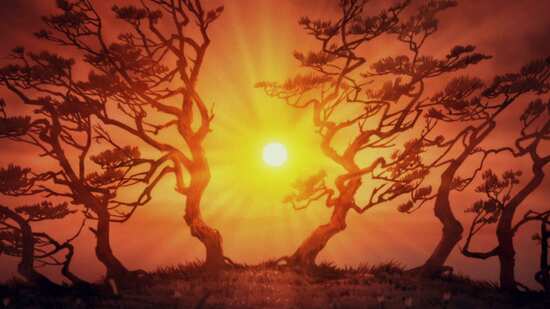 I really enjoyed the Dororo live action movie, but surprisingly, the anime series is even better. I haven’t read the manga, and certainly haven’t seen the original black and white series to comment, but this recent series was a wholly entertaining experience. It helps that the story was complete before being adapted, so you get the whole thing in 24 episodes, no filler, no padding, and certainly no open ended conclusion begging for a second season (although reading around it, it seems the original Dororo manga and anime were both incomplete). And when you think about it, Dororo’s story, with a particularly gory premise, and some cutting social commentary regarding countries during times of war, it’s clear that this is a show that needs gritty and unflinching storytelling. It’s not the kind of show that would work at teatime, or on Saturday mornings, which in 1969 Japan would have been where the original series was most likely placed. 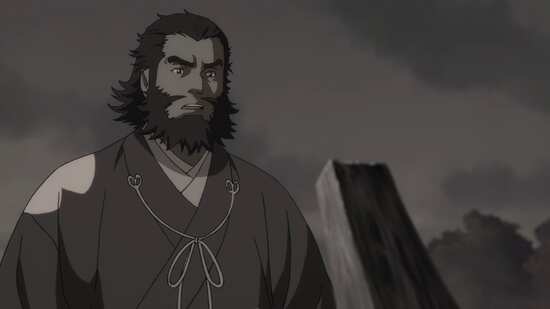 Osamu Tezuka trained to be a doctor, and you can see that influence in his manga, not least Black Jack. It’s also evident in the story of Hyakkimaru. His father, Daigo Kagemitsu tried to sell his soul in exchange for the prosperity of the domain that he rules, but the demons accepted the sacrifice of his firstborn instead. When his wife Nui gives birth, there’s a flash of light, and the briefly whole boy is reduced to a quivering lump of flesh, sans skin, limbs and a face. Daigo orders the child’s death, but the nursemaid takes pity, and saves the baby, setting it adrift in a boat. 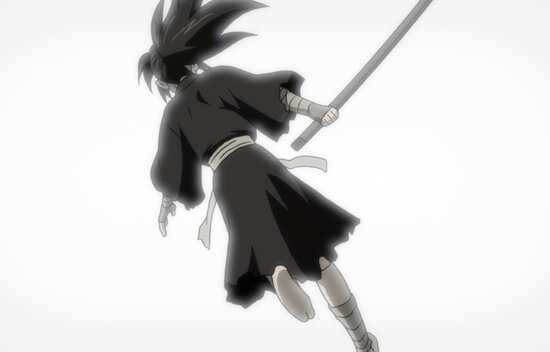 The child is found by a surgeon who specialises in prosthetics, and who gives the boy that he names Hyakkimaru a body, teaching him how to live in the world without sight or a voice, or even a sense of touch. Hyakkimaru can sense the soul of a person, or a monster, or even a thing, which helps him navigate the world, and sense threats. It’s when he kills one of these threats, a demon, that one of his legs is restored, that he realises that he can regain his body, if he finds the demons that took his body in the first place. 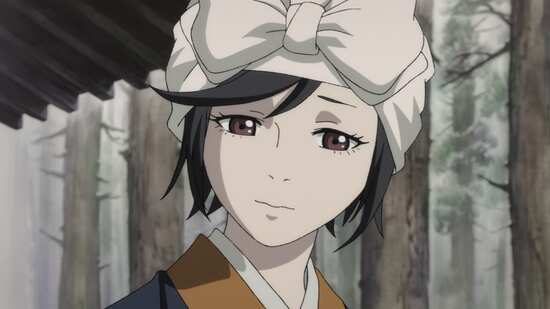 The straitened times that drove his father into making that sacrifice are symptomatic of Japan at the start of the warring states period, with a panoply of small nation states, constantly waging war, with the everyday folk living and dying at the whim of the ruling Samurai classes. And Dororo is a victim of this, an orphan trying to stay alive, who is rescued early on from some bullies by Hyakkimaru, who at this point travels the land, deaf, dumb and blind, hunting the demons that will restore his body by their deaths. Naturally Dororo is grateful, but becomes fascinated by this tormented figure, especially after witnessing Hyakkimaru’s skin growing back after defeating a demon. Dororo starts travelling with Big Bro, helping him regain himself. 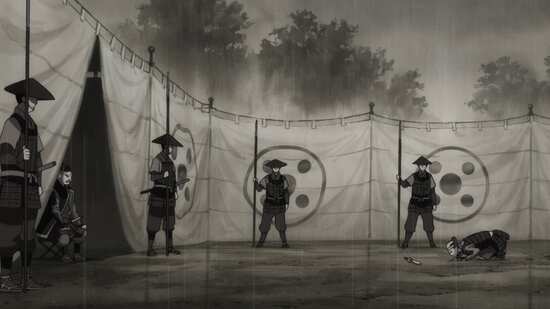 The first half of the series feels rather episodic, very much monster of the week, as Hyakkimaru and Dororo travel the land, hunting demons, although the episodes are fleshed out with flashbacks which fill in their pasts; particularly Dororo’s family, mother and father that led a group of bandits that tried to remain independent of the samurai, robbing and pillaging to support their own community. It was all good, until they were betrayed by one of their own, and that colours Dororo’s view of the world. It’s a story that is revisited on more than one occasion in the series as Dororo’s character develops. 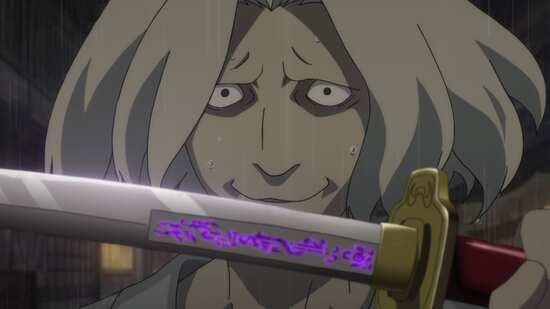 Around the halfway mark, the two arrive at Daigo’s domain, which thanks to the demon pact stands alone in the country as a prosperous and happy place. Dororo thinks that being reunited with his blood family would be a good thing, but Daigo has a new heir by this point, Tahomaru, and more importantly, they are aware that the prosperity of their land depends on the pact. By defeating the demons and restoring his body, Hyakkimaru is actually threatening that prosperity. By this point, threats are starting to arise in Daigo’s domain, something they attribute to Hyakkimaru. Even his mother Nui, who has spent the last several years mourning the child her husband sacrificed, ignoring her second son, recognises that the choice is between the lives of the countless people that live in her husband’s domain, and the child that should have died years previously, who now seems little more than a demon himself. To back that up, even Dororo recognises by this point that the more demons that Hyakkimaru kills, the more of his humanity is restored, the more darkness shades his soul, especially when they witness firsthand how the samurai leaders abuse the people. 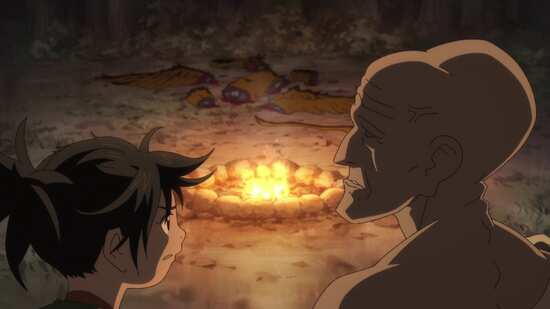 The second half of the series feels more like a serialised story; even the separate arcs in the second half feel more interconnected, with the antagonism that is set up between Hyakkimaru and the family that shunned him feeding through the story, and building up to the emotional climax, although the show takes the time out for a comedy episode before going straight for the feels. 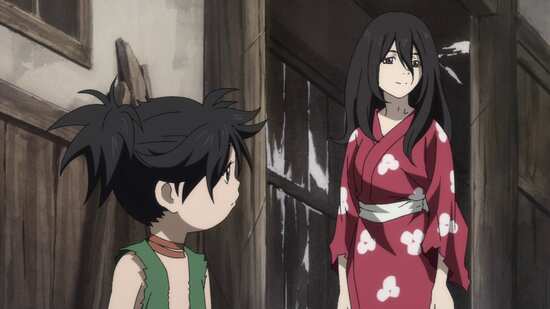 MVM kick off 2022 with style, presenting a series that could easily become a modern day classic. It doesn’t hurt that it adapts a story from the father of manga and anime, Osamu Tezuka, but given the story’s content and darkness, it’s a show that really only could be made now. Dororo manages to balance the lightness of its characters with the darkness of its premise with ease, and it makes for a satisfying and entertaining watch. MVM have set the bar high right at the beginning of the year, and now the challenge is to maintain that standard. They shouldn’t have any problem with their next release.