Review for Hiruko the Goblin

You can hear in the commentary on this disc how for a while, sandwiched between cyberpunk classics Tetsuo the Iron Man and Tetsuo II: Bodyhammer, Shinya Tsukamoto’s Hiruko the Goblin was considered the odd one out. Re-evaluating Hiruko the Goblin in light of Tsukamoto’s subsequent filmography gives it a context though. But for me Hiruko the Goblin stands out for a wholly different reason. Shinya Tsukamoto is to me an auteur, a fiercely independent filmmaker who brings uncompromising, challenging, and wholly unique visions to the screen. Yet Hiruko the Goblin, practically his second feature film, is a rare time that he took the studio cash, made a mainstream horror comedy movie, and one adapting an existing manga series at that, Yokai Hunter by Daijiro Morohoshi. It feels like Martin Scorsese directing a Marvel movie. 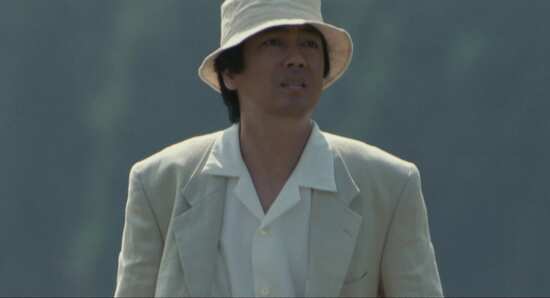 Hieda Reijiro is a professional archaeologist with an unconventional approach to his work, an approach that has left him persona non grata in his field, compounded with a tragedy in his past. He needs the proof to his theories that will restore his professional reputation. 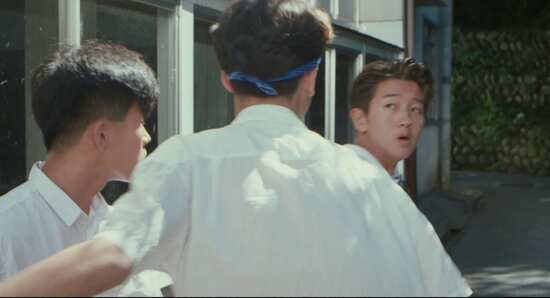 The chance arises to do that when he gets an invitation from his mentor, Professor Yabe, to explore a mysterious tomb near the high school where he teaches. But when Hieda gets there, he learns that the Professor and one his students, Reiko Tsukishima have gone missing. The professor’s son, Masao is searching for them, and isn’t too pleased to find Hieda. But then the headless bodies start showing up. It becomes clear that something has escaped from the tomb that Yabe was exploring. And the school janitor is behaving really strangely. 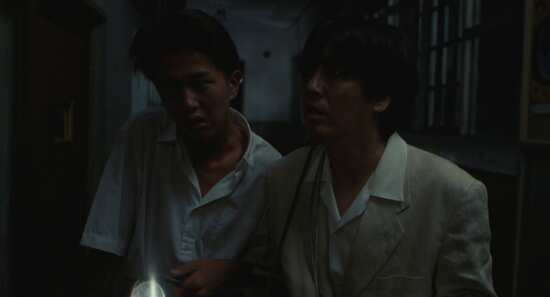 Hiruko the Goblin get a 1.85:1 widescreen 1080p transfer with DTS-HD MA 2.0 Japanese and optional English subtitles. It’s a great presentation of a film from 1990. The image is clear with good detail and consistent and rich colours. You can see the studio budget on screen, and even if there is a slight softness, with the film lacking the pin sharpness you might expect from HD, it is a consistent and very watchable film. Given the horror genre, you won’t be surprised to see that the film is mostly set in darkness, but contrast is excellent, with dark detail really well represented. The dialogue is clear, the action is presented with impact, and the rather mellow soundtrack counterpoints the scary genre antics. 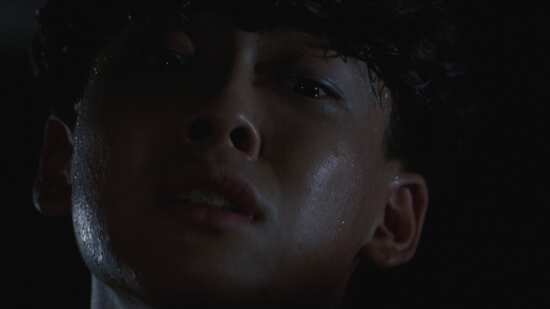 The disc presents its content with an animated menu, and you can partake of the following extras. 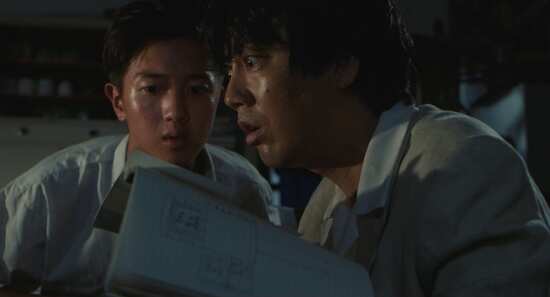 It is a mainstream horror comedy, which isn’t my genre of choice to begin with. That caveat aside, I was certainly entertained by Hiruko the Goblin, and it wears its manga origins on its sleeve when it comes to the story and the characterisations. It’s glossy and polished, and clearly has much more of a budget than the typical Tsukamoto movie. You can also see the studio influence on the film, ensuring that it’s a crowd pleaser before it indulges in the patented Tsukamoto visual mind-f***ery. But rest assured, there comes a point in the film where the director lets his imagination run riot, and you won’t look at spiders in the same way again. 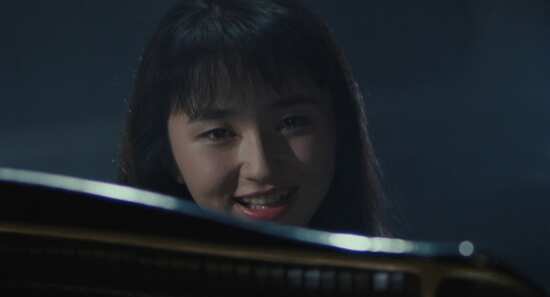 The direction of travel is established early on when Hieda is introduced; an unconventional archaeologist who uses his own automated inventions in his research. We see him wielding an automated brush to remove dirt from in situ artefacts, a contraption that has his fellow archaeologists looking on in horror, although the reason they shun him is revealed subsequently. So it is that when he’s summoned by his mentor to investigate a tomb where rumour is that yokai (goblins for the English speaking world) are interred, he turns up packing as much of his own invented equipment as any self-respecting ghostbuster. 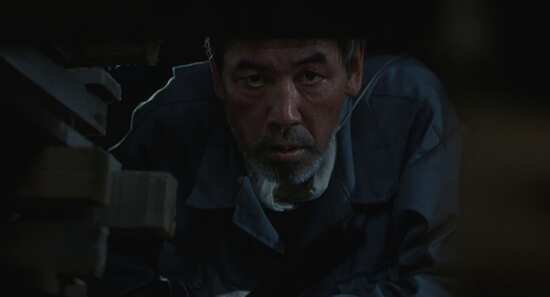 He gets there too late though, and the school (empty for the vacation) is in the middle of a crisis, with people going missing, and something strange lurking the halls. Hieda has to team up with his mentor’s son, schoolboy Masao to investigate. These goblins aren’t the kind of creatures you find in a Harry Potter book though, and Tsukamoto is as circumspect as any good horror movie director about saving the big reveal. At first we only get a goblin’s POV as it stalks the film’s protagonists. As more and more people go missing, the headless corpses start turning up, naturally raising the question as to what happened to the heads. At the same time, Masao’s suffering from a strange curse where his back keeps being burned, and the images that the burns form are unsettling to say the least. 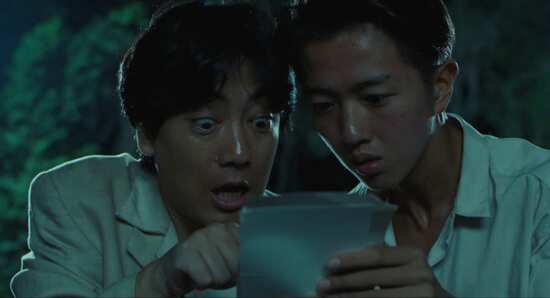 There’s an unsubtle bit of misdirection, given the decapitations, as we’re introduced to the school’s creepy caretaker, scythe in hand, who insists on scaring everyone away from the school premises. But Scooby Doo this isn’t, and there are genuine supernatural causes as to what’s happening in the school. 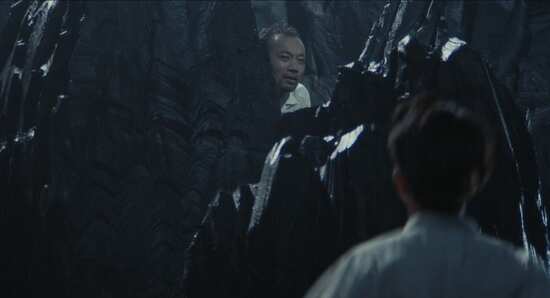 Hiruko the Goblin could be a genuine chiller of a movie, and there are one or two effective jump-scares in the film, but the tone of the story is set by the goofy character of Hieda, making it impossible to take it seriously. It really is a comedy horror, with an emphasis on the comedy. Think Abbot and Costello but with more gore and body horror. 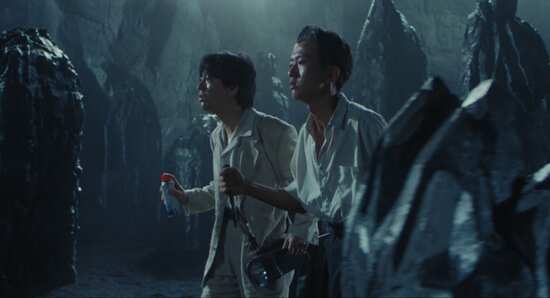 Hiruko the Goblin is an interesting film from Shinya Tsukamoto, unlike any of his independent films, but a signature Tsukamoto film nevertheless. Third Window Films give the movie the disc it deserves, with excellent AV presentation, and with a useful and informative set of extra features. It’s well worth a look and there’s a lot more to the film than something merely to round off a Tsukamoto collection.