Four years ago, when I reviewed The Armour of God on Mediumrare’s Blu-ray release, there was not a lot of Jackie Chan available on high definition disc in the UK. There was this, which was a stab at a genuine HD transfer, and there was the sequel, which was an upscale. And Eureka Entertainment had just released Drunken Master, which completely reset our expectations of what Jackie Chan Blu-rays should look like. In the following 4 years, Eureka Entertainment, and 88 Films have gone through the back catalogue, sourced 4k and 2k restorations, and created extra feature packages which makes the former master of this genre, Hong Kong Legends seem like amateurs. When in 2020, 88 Films released Armour of God 2: Operation Condor, it simply became a matter of time. Now the original Armour of God is here on 88 Films Blu-ray, and I’m shocked to say that they have outdone themselves. Just when I thought that Hong Kong action cinema on Blu-ray couldn’t get any better... 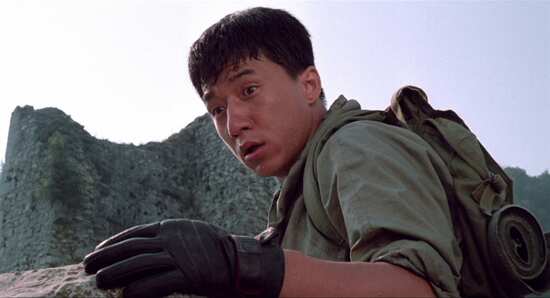 Jackie and Alan were in a band together, but as so often happens, they went their separate ways due to musical differences. In other words, they fell out over a girl, Laura. Now, Jackie is a skilled treasure hunter, retrieving antiquities from the most difficult situations. His most recent acquisition has been one of the pieces of the fabled Armour of God. The fables around it are interesting, and there are a group of sinister monks who believe in the mythology, and want the Armour of God for their own purposes. They only need three more pieces, and a treasure hunter as skilled as Jackie can do the work for them. He just needs motivation. Which is why Alan shows up on his doorstep with the news that Laura has been kidnapped. 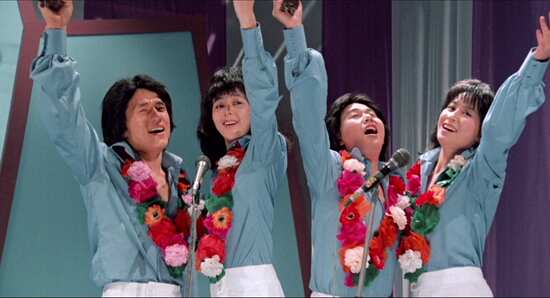 The Armour of God gets a 1.85:1 widescreen 1080p transfer for both versions of the film, which comes from a new 2k restoration. It turns out that the oversaturated red for the opening credits is universal, not limited to that Mediumrare disc. But in every other respect comparing the transfers is like night and day. The image here is clear and sharp, with excellent detail and consistent and rich colour reproduction. Shadow detail is good, and contrast is impressive, which makes that climactic action sequence in the caves great to watch. The only thing you might complain about here is the source material, the 80s film stock which tends to a greater degree of grain, and a slightly subdued colour palette. And there’s nothing to be done about that. 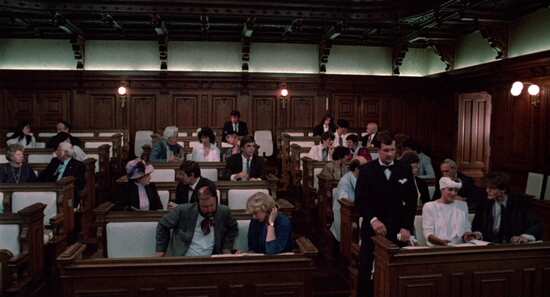 You have all of the audio options possible for The Armour of God, with a lot of work done to satisfy all tastes. On disc 2’s International Cut, you get PCM 2.0 English, with optional SDH English subtitles. Disc 1 has DTS-HD MA 2.0 Mono Theatrical Cantonese, Home Video Cantonese, and the Classic English dub. There is also a Hybrid dub, which has the European characters speaking English, everyone else speaking Cantonese with subtitles. For each of these options, you can choose between “Lorelei” and “Flight of the Dragon” for the end credit theme so you’ve doubled your audio options. And then there is the DTS-HD MA 5.1 Surround English track... Including the commentaries, you have 12 audio tracks on disc 1. For my first viewing, I watched the Home Video Cantonese version with Lorelei as the end theme, and I was happy with the experience. The dialogue is clear, the action is presented well, and the audio is nice and resonant without any distortion or glitches. The subtitles are accurately timed and are free of typos. 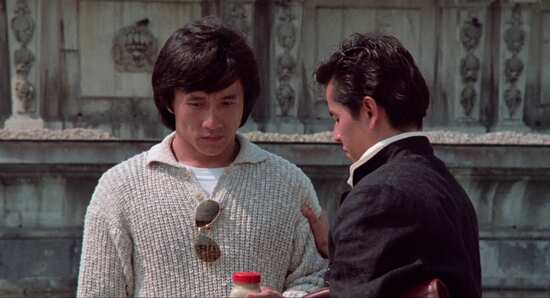 You get two discs in a BD Amaray style case, one on a centrally hinged panel. The case gets a reversible sleeve, offering a choice of classic and new artwork. Also inside the case are 6 postcards. 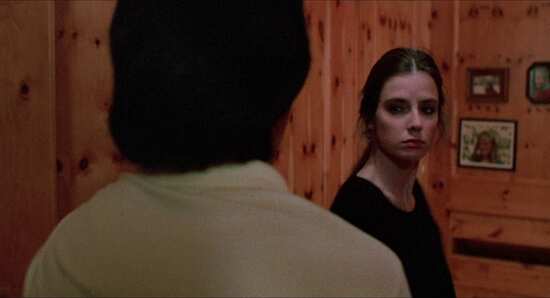 The case slips inside a thick card slipcase, which makes the most of the new artwork, and a blurb sheet on it which is easy to peel off, but hard to store. There’s even more of that artwork on a foldout, double sided poster. The pick of the physical extras is the booklet, which thanks to being in the slipcase, and not in the Amaray, means that it’s glossy, with excellent binding, and large enough for the text to be legible for us middle-aged martial arts movie fans without resorting to reading glasses. Quite appropriately, it’s 88 pages long, and there are four interesting essays, including a fascinating one on the 8-bit era of Jackie Chan movie tie-in games which we never saw in the West, but were big in Japan. There’s also plenty of production imagery, stills and poster art interspersed in the booklet. 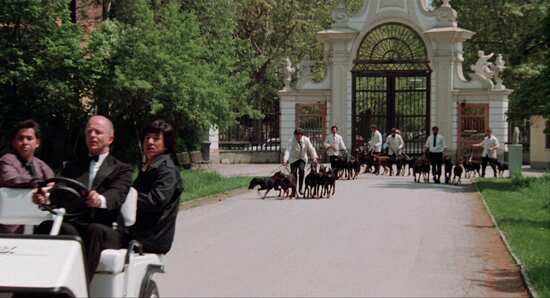 The extra features are all on disc 1, no doubt for the inevitable single disc standard release. The discs boot to static menus.

There are three commentaries with the Hong Kong version, one from Frank Djeng, one from Arne Venema and Mike Leeder, and one from Kenneth Brorsson and Phil Gillon of the Podcast on Fire Network. 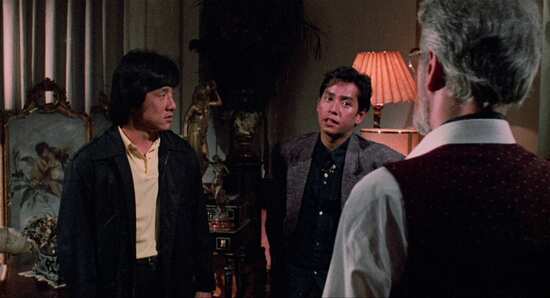 The Art of Action on Armour of God lasts 30:57 and has Matt Rutledge and Scott Adkins breaking down the action sequences in the film.

Celebrity Talk Show is an in-depth and light chat with Jackie Chan from the eighties, well worth watching. 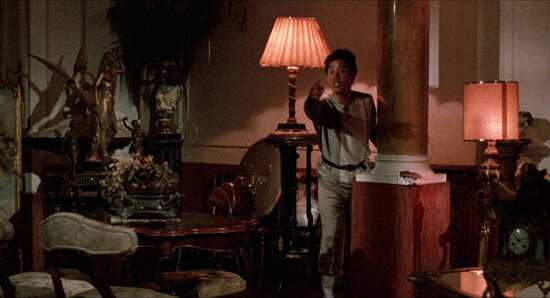 Rise of the Phoenix: Radek Sienski on Armour of God lasts 20:49 and sees the editor break down the infamous opening sequence, that had to be radically reconceived following Jackie Chan’s near death accident, as well as the final scene of the movie.

Locations: Then and Now is a 6:02 image slideshow.

Jackie Chan on VHS lasts 7:52 and is an exploration of the artwork used on the JC titles released by VPD back in the eighties. 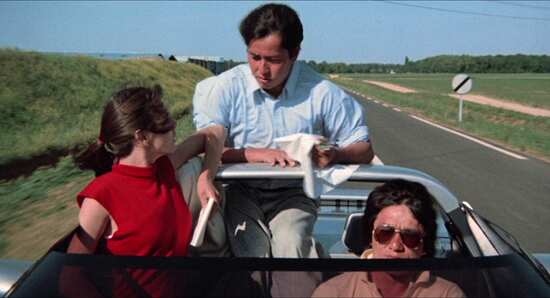 Interview with Jackie Chan (4:09), and Willie Chan (3:44) are the sole extras from the Mediumrare release brought over to this disc.

The Interview with editor Peter Cheung lasts 4:42, and the Japanese Outtakes lasts 4:29. 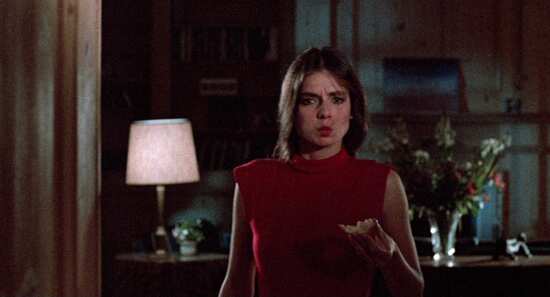 The High Upon High Tribute Music Video is well worth a watch, and is delightfully entertaining. The music video lasts 6:03, there is a Behind the Scenes featurette for the same which lasts 4:16, and a split screen comparison between the music video and the movie which lasts 2:08.

Finally there are five theatrical trailers of various national origins for The Armour of God. 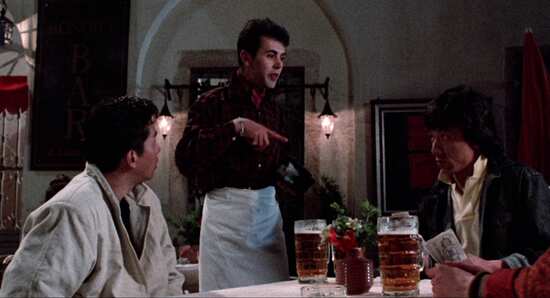 The Armour of God is one of Jackie Chan’s best action movies from the eighties, especially if you look for coherent narratives in films. If there is one thing that Jackie Chan movies weren’t renowned for, it was solid and engaging stories. Most of his films of the Golden Harvest period really just felt like a series of action set pieces loosely held together by a plot, and to be honest, as a fan of his films, I was perfectly happy with that. That’s what I wanted from Jackie Chan’s kung-fu comedies, lots of kung-fu, and lots of comedy. But The Armour of God has all that, and it has a decent narrative too. 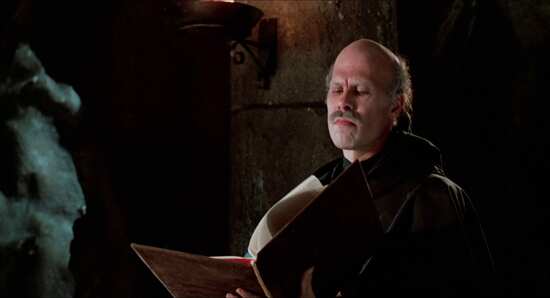 Taking its cue from the Indiana Jones movies (as well as lifting some action set pieces for its opening sequence), we have a proper, modern day, Indiana Chan, a treasure hunter who will do whatever it takes to steal/retrieve priceless artefacts. We have an antagonistic friendship between Jackie and Alan, who fell out over Laura, which runs through the film, and we also a potential love interest in May, daughter of the Count who owns the artefacts. Then there is the James Bond plot, with the villainous monks scheming world domination, wanting the Armour of God to do so, and beginning by kidnapping Laura. It all hangs together surprisingly tightly, and feels much more like a coherent movie than most of the Jackie Chan films of the period. 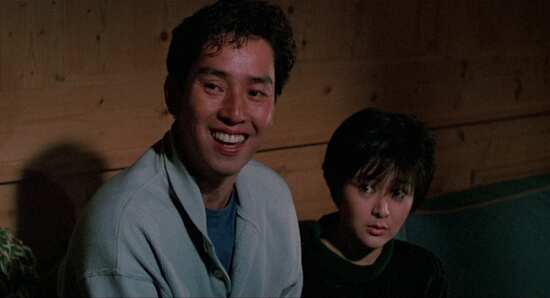 Of course the action is stupendous, with Jackie Chan in his prime, kicking some serious villain butt, and performing the craziest of stunts. It’s a film that has you on the edge of your seat, marvelling at the amazing action choreography, the sheer movie magic that you see sparkling on screen. The comedy too is finely judged and timed sharply for the most part, although a bedroom farce towards the end of the film seems a little out of place. The only real weak spots for me now are that Mitsubishi ‘hero’ car, which just feels daft, and the final cliff-top jump sequence that is parody level absurd, and always has been. 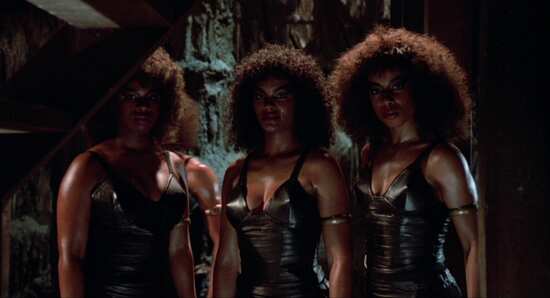 Just when you think that you’ve got all the Jackie Chan action cinema you’ll ever need in high definition, someone mentions a movie that gets me hungry again. I was all ready to take a breather and not think about this for a while, as for the last year, this Armour of God set, which became increasingly tantalising the more 88 Films teased it, was my JC Holy Grail, the last one to get to top off a collection made lush by the work that 88 Films and Eureka Entertainment have done. This Armour of God set is the best yet, a stunning physical presentation matched by a great transfer for the film, countless audio options, and delicious on-disc extra features. And then someone quite correctly mentioned that Police Story III deserves a decent home video release. Still, I suppose 12 hours of complete satisfaction with this release is more than enough.