Review for My Girlfriend is Shobitch Collection

If ever I was liable to judge an anime by its title, now would be the time. I’m not even sure I can make it through this review without the site’s profanity filter asterisking out vital parts of “My Girlfriend is Shobitch”. This could be one of those fan service shows that we see more and more of these days, or the title could be applied with some level of irony. If we’re lucky, it might be a combination of the two. I’m pretty sure that ‘ironic fan service’ isn’t a well explored niche in anime. But I have to admit that I have my expectations set depressingly low for this one. 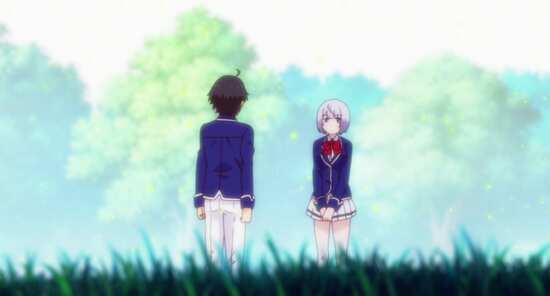 NOTE: Before we go any further, it should be made clear straight off that this release is cut for its UK release at the hands of the BBFC. Almost 3 minutes of Episode 3 has been excised. Now I know that many oppose the BBFC and their mandatory edits to content, but naturally I was curious, and sought out those missing three minutes online, and believe me, this is not the hill you want to die on. 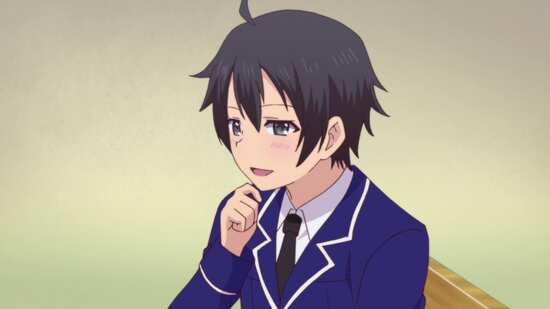 Haruka Shinozaki threw caution to the wind, and actually asked the class rep, and all-round perfect girl Akiho Kosaka to be his girlfriend. To his surprise, she said yes. Now life would be perfect, only Akiho Kosaka has some funny ideas about sex and relationships. She has a textbook knowledge of sexuality, but no actual experience, and no common sense or decency filter. On top of that, his kid sister Kanata can’t help but tease him, his childhood friend Shizuku can only speak in innuendo, and not long after, a rich girl named Rina transfers into their class, and her view of sexuality is defined by going to an elite all girls-school. Haruka’s got his hands full dealing with all this. 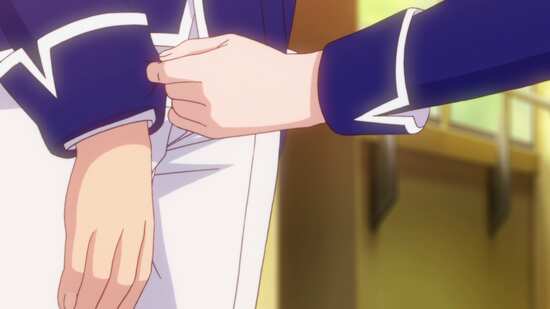 10 episodes of My Girlfriend is Shobitch plus the OVA are presented on these discs from MVM. 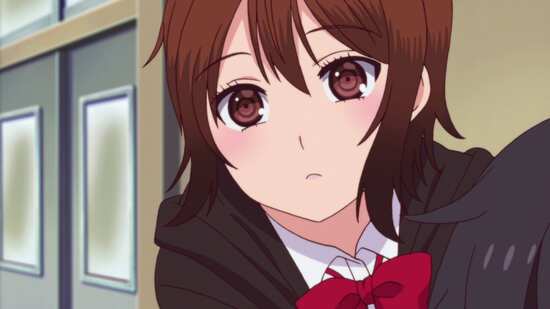 My Girlfriend is Shobitch gets a 1.78:1 widescreen 1080p transfer on these discs. The transfer itself is unproblematic, and presents the show without issue. Not that you’d see too many issues as the show’s animation is really quite poor, with low budget animation, generic character designs, and simplistic world designs. The characters don’t always stay on model, and the show uses all those tricks, such as repeated animation, limited movement, and keeping things pretty static, that you might have expected from older, cel and paint, long run shows, not modern computer animated anime. Not even the limited fan service makes an impact with this show. 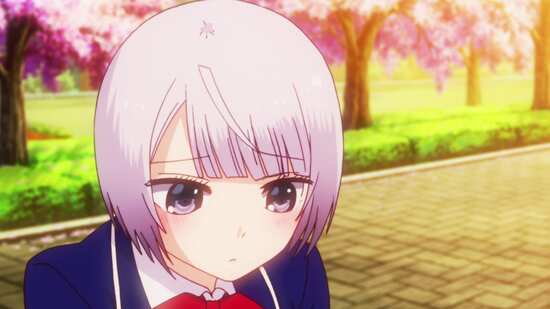 You have the choice between DTS-HD MA 2.0 Stereo English and Japanese, with subtitles and signs locked during playback. The audio is fine, the generic characters get generic voices, and there are no problems with glitches or dropouts. The subtitles are accurately timed and free of typos. 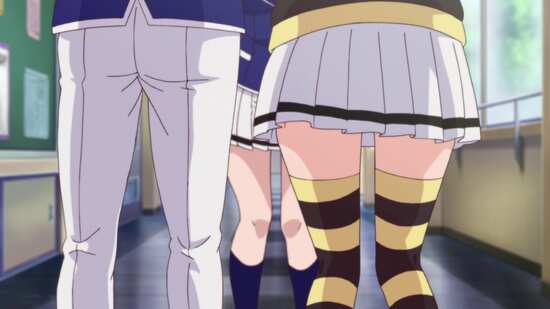 The discs present the episodes with static menus, and each episode is followed by a translated credit reel. 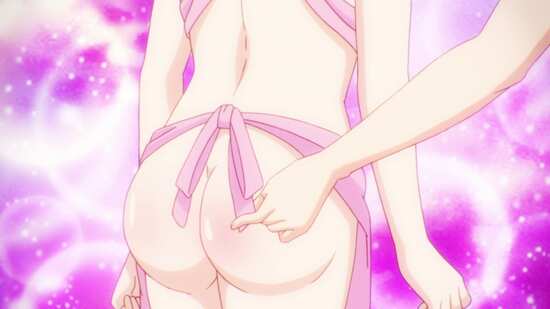 Japanese Preview (1:22)
Japanese Promos (1:08)
Fat Load of Dirty Jokes – Character Commentary Theatre (13:08)
Textless Credits
Trailers for Just Because!, Land of the Lustrous, Love, Chunibyo and Other Delusions – Take On Me, and UQ Holder! 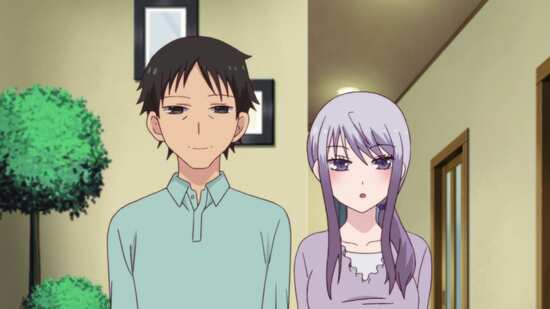 The Character Commentary Theatre offers more innuendo in both English and Japanese, depending on your audio preferences. The rest of the extras are the usual fill-in nothingness that you get with most anime. 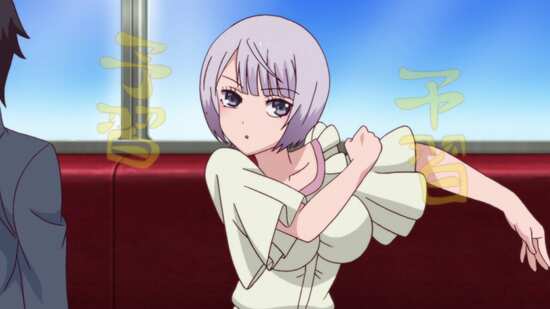 Never again! I’m a tolerant kind of guy, and I’m willing to give anything a fair shake. With most anime, I’ll watch them twice, regardless of how bad I found that first experience, just in case I was in the wrong mindspace the first time, or the off chance that I missed something of value the first time around. Just recently I gave So I Can’t Play H a second try; not that it deserved it. But with My Girlfriend is Shobitch, I have no intention of ever watching it again... it is that bad. And yes, I have been generous with the grading. But I have to recognise the wisdom of the BBFC in cutting out around three minutes of episode 3, presumably for sexual innuendo involving an infant. Although I do have to question why they left some of the other stuff in; apparently amorous dogs are okay! 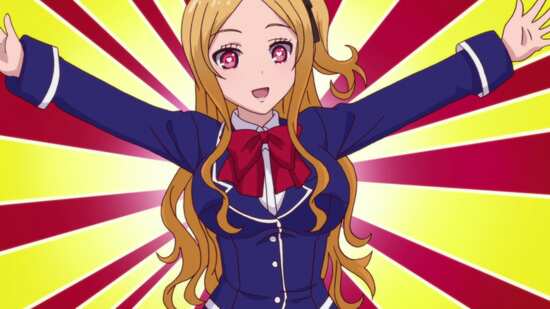 Sexual innuendo is all that there is to this series. It’s its raison d’être. I don’t mind a little innuendo. In 90 minute chunks, backed up with a decent story and some vivid characters, it can be a right laugh. That’s about the average running length of a Carry On movie. But five hours of the stuff, even in 20 minute episodes, especially when it’s as unimaginative and as obvious as this is unbearable. In Shobitch, it’s less innuendo and more downright bloody literal. 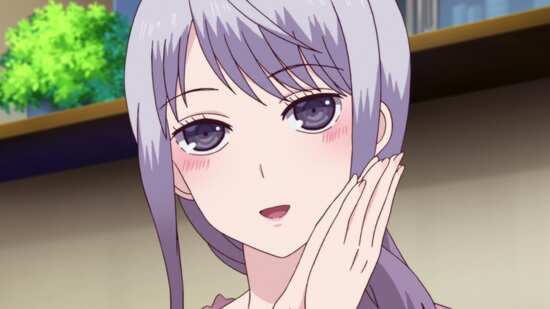 You have your teen male protagonist, who works up the gumption to ask the class rep out, the elegant, perfect girl in school, and is shocked to find that when it comes to love, and relationships, she’s nothing of the sort. It’s clear that everything she knows about sex comes from book learning or more likely the internet, and her interactions with him are skewed towards the outrageous. There could be a comment here on a society being shaped by the overconsumption of porn, and a complete lack of awareness of healthy relationships in the young. But the show scuppers that when it introduces Akiho’s mother, and she’s equally as inept. 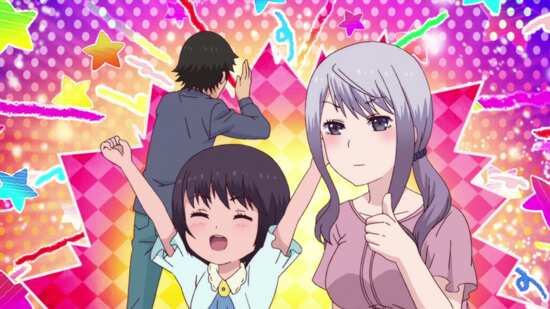 Pretty much everyone else that we meet in the show has similar levels of warped values and verbal outrageousness, whether it’s Haruka’s little sister, or childhood friend, or the members of the school student council, or the transfer student, all specialising in their particular fetishes. Halfway through, the pretty boy that all the school girls idolise showed up. Haruka was briefly worried that Akiho would fall for him. But it turns out that the new guy is gay, and he spends the rest of the series coming on to Haruka, only for Haruka to remain completely oblivious, and in a reversal it falls to Akiho to defend his chastity. 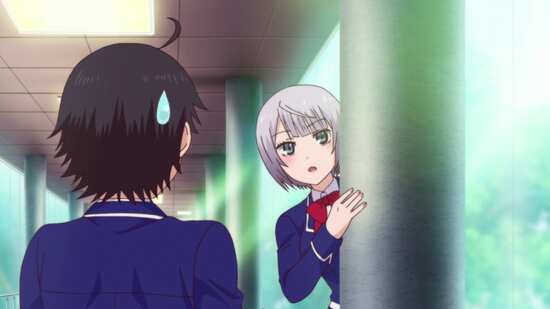 I tried to like Shobitch, but it just isn’t funny for one thing. I didn’t laugh. I tried smiling at it, smirking at the odd moments which in another, more considered show might have tickled me enough to elicit a reaction. But by the halfway point, I was just sitting there staring at the screen, praying for each episode to just end and spare me further tedium. I’m ashamed to say that for the last two episodes, I had my iPad within reach, and by the time the girls got together to talk about Haruka’s scrotum, my brain had left the building. My Girlfriend is Shobitch is dire, unfunny, and occasionally offensive. Thank god the worst of it got cut out, or I would be comparing it to Oreimo Season 2. It’s also poorly animated and cheap looking too. The thing is that this sort of show can be done well. Yamada’s First Time is a show about a girl who decides to sleep with 100 boys to get enough experience to not let down the first guy that she’ll truly fall for. It sounds worse than My Girlfriend is Shobitch, but it’s done with so much heart, and with a degree of honesty that the series can’t help but charm with all its daft antics. Better that, than My Girlfriend is Shobitch.