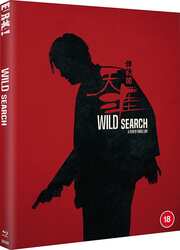 Yun-fat plays Lau, a widowed police officer investigating a gang of gun runners. When a shootout with the criminals leaves a woman dead, and her daughter the only surviving witness, Lau must protect the young girl from the ruthless gang that wants her dead.

Special Features:
Brand new feature length audio commentary by Asian film expert Frank Djeng (NY Asian Film Festival)
The Doyen of Dubs – a brand new and extensive interview with voice over artist Simon Broad, who has recorded English dubs for hundreds of Asian films and for many years was the chosen voice actor for Chow Yun Fat’s in all of his films that had English language releases.
Archival interview with actor Roy Cheung
PLUS: A LIMITED-EDITION collector’s booklet featuring new writing by David West (NEO Magazine) [First Print Run of 2000 copies only]