As I write this, we’re some six weeks into the final season of Fruits Basket, as it’s being broadcast in Japan, and streamed to much of the world. I’d normally see this as cause for celebration, at the thought that this story will finally see a conclusion in anime form at the second time of trying. But if Attack on Titan is anything to go by, ‘Final Seasons’ can take a good while, depending on how many hiatuses there are during the production process. I’ve postponed watching any of those episodes, as I wanted to get this review out of the way first, completing Funimation UK’s (formerly Manga Entertainment) release of Season 2. I’ve been looking forward to this, as I really am enjoying the new Fruits Basket even more than the first adaptation, which given how much I still love that show, is really saying something. 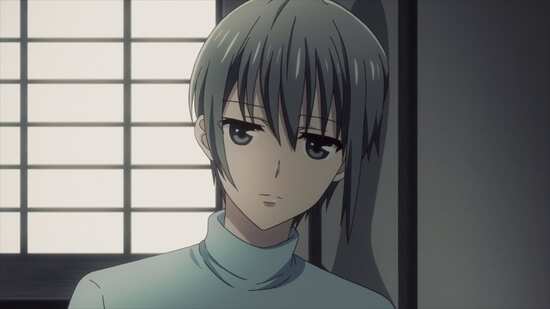 You would think that Tohru Honda has a hard life. She was recently orphaned when her mother was killed in a car accident, and had to move in with her grandfather. It got crowded enough when his family moved back in, but when the house had to be renovated, and there wasn’t enough room at his family’s place, Tohru offered to find somewhere else to live. That turns out to be a tent in the forest. But Tohru is resolutely upbeat, and rather than burden her best friends Uo and Hana, she’s determined to keep her promise to her mother and finish high school, even if it means working her way through school, while living in a tent. 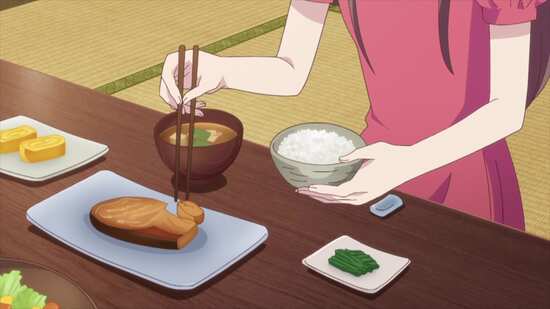 The trouble is that she’s pitched her tent on Soma land. Yuki Soma is in her class at school, the elegant, handsome young man who all the girls swoon over, but who keeps a resolute distance from everyone, never letting himself get too close. It turns out that he comes from an extensive and influential family, and they are surprised to learn that they have a squatter on their land. She’s a squatter they wind up rescuing when her tent is caught in a landslide. It also seems to be serendipitous, as Yuki’s house isn’t the most hospitable of residences, and he and his relative Shigure are badly in need of a housekeeper. The offer of a roof over her head seems heaven sent for Tohru, until Kyo Soma returns from a retreat in the mountains, looking to pick a fight with his eternal rival Yuki, and oblivious to his surroundings. In the ensuing mayhem, disaster strikes, and the Soma family’s darkest secret is revealed. 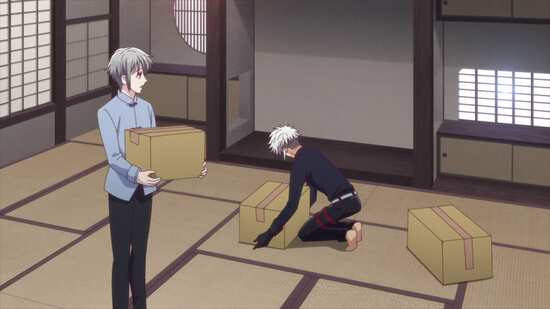 For the Soma family is cursed. For generations, they have been afflicted with a condition that causes them to transform into the animals of the Chinese Zodiac when hugged by a member of the opposite sex. Yuki is the rat, Shigure is the dog, and following the legend of the animal that was tricked out of the Zodiac (and the cause of Kyo’s antagonism with Yuki) Kyo is the cat. Now Tohru will have to keep their secret if she is to remain among them. But there is far more to the curse than just the cute animals, and as Tohru lives among them, and meets the other members of the Soma clan, she begins to learn the dark truths and tensions that keep them isolated. But if she has the strength of will, she may just be able to help heal these damaged souls, and in the process find a place that she can call home. 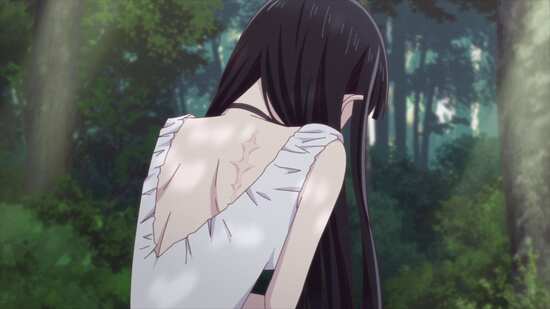 The 12 episodes of Fruits Basket Season 2 Part 1 are presented across 2 Blu-rays and this time Funimation UK are doing the honours. 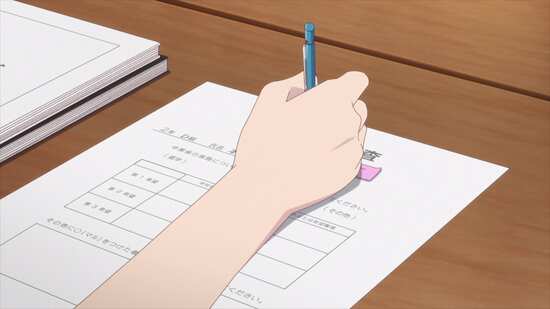 Fruits Basket gets a 1.78:1 widescreen 1080p transfer on these two discs, and it’s a world away from that original 2001 version. The high definition image is clear and sharp, detail levels are excellent, and the animation is smooth. You can really see the benefit of all this in the richness of the colours and the quality of the backgrounds and the settings. Compared to the lived in reality of this show, the original was an impressionist’s distillation. The same can be said for the quality and depth of the character designs. 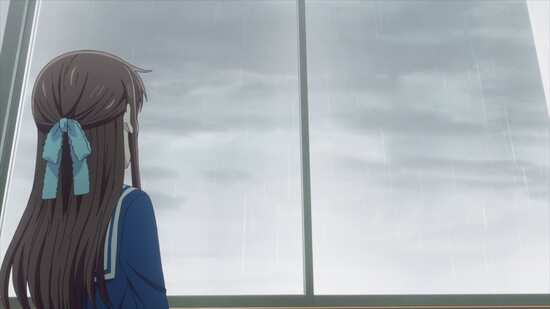 You have the choice between Dolby TrueHD 5.1 Surround English and 2.0 Stereo Japanese, with subtitles and signs locked during playback. I watched and was happy with the Japanese version, that’s despite me missing Ritsuko Okazaki’s theme songs, Yui Horie’s breakout performance as Tohru Honda, and the original show’s music. The Japanese cast is completely new, and there are some surprising differences when you look at characters like Hatori and Yuki, although not unpleasant. The audio is fine, with no issues to report, and I have to admit that the new theme songs are growing on me, while the incidental music is more emotionally evocative. The subtitles are accurately timed and free of typos. 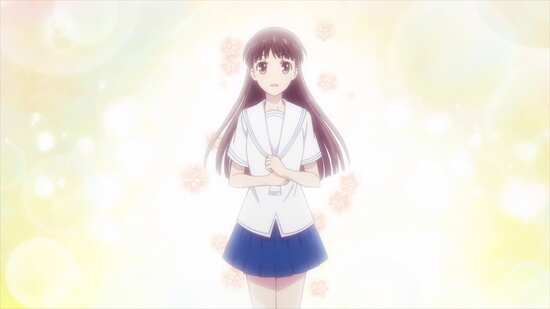 One issue I had is hardly a new one, but once again, Funimation’s translation localisation annoyed me. When in episode 17, the characters are quoting haiku at each other, it should be recognisable as a unique Japanese form of poetry. There’s no need for US idioms in the poetry. It just looks stupid. 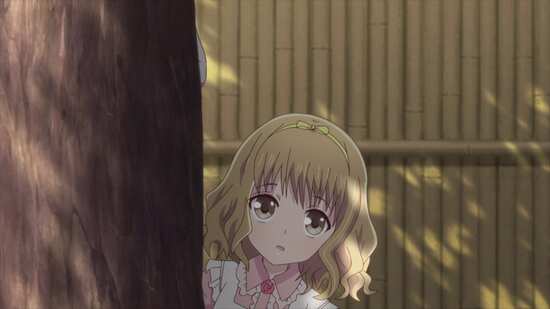 You get two discs in a BD Amaray case, one on a centrally hinged panel. There is some nice inner sleeve art. The whole thing is wrapped in an o-card slipcover. You also get a leaflet for a digital copy. 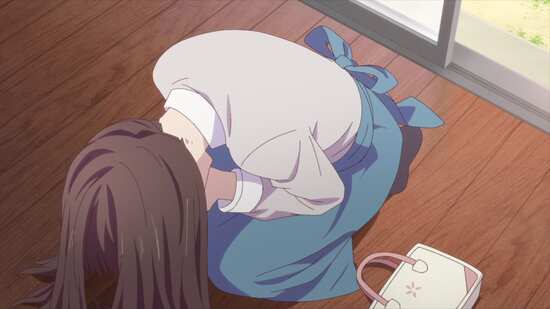 The discs present their content with animated menus, and there is a subtle but cute Zodiac animal motif with the menu selections.

Disc 1 autoplays with a trailer for Stars Align. 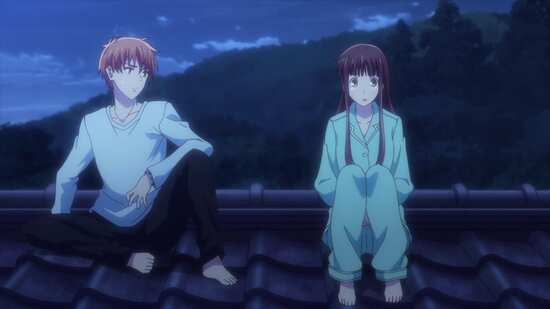 Disc 2 autoplays with a trailer for Violet Evergarden.

The textless credits are on disc 2, and the significant extra is Fruits Basket: At Home With The Voice Actors. This lasts 47:29, and is one of the utterly depressing Covid-friendly Zoom affairs. One thing I don’t understand is why they don’t record the video and audio locally at the same time they are Zooming each other, and use the recorded AV to recreate the Zoom call in post, so that viewers get quality AV without dropouts and glitches, instead of just using the Zoom footage. 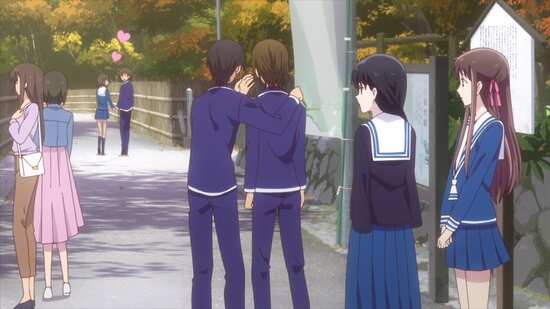 Fruits Basket just keeps getting better and better. The story is so involving, there are so many characters to invest in, arcs to follow that I find that I’m hanging on every word, glued to each episode. This concluding half of Season Two really does take things to a new level, with a revelation at the end of episode 25 that will probably make you look at the whole story again from a new perspective, although I have to admit that I had been spoiled for this story development years ago when I read the manga. If you don’t know beforehand, it will be one of those water-cooler moments though. 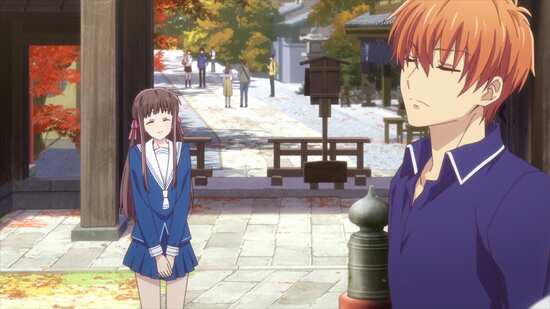 There are developments for all of the characters, the story continues to hold the interest, but if there are standout story arcs in this collection, they really concern three character dynamics most of all. We certainly get to learn more about the final member of the Zodiac, Kureno Soma, the Rooster. He was previously introduced as something of an oddball, one who had caught the eye of Arisa Uotani, Tohru’s friend. Just a couple of encounters were enough to capture Arisa’s heart, and subsequently Tohru’s really shipping that potential relationship. Given what she knows of the Somas it becomes her mission to get the message to Kureno, but given how reclusive he is amongst the Somas, and how devoted he turns out to be towards Akito, it’s a challenge that stretches over most of these episodes, to that revelation at the end. This is where we learn more about the curse that burdens the family. 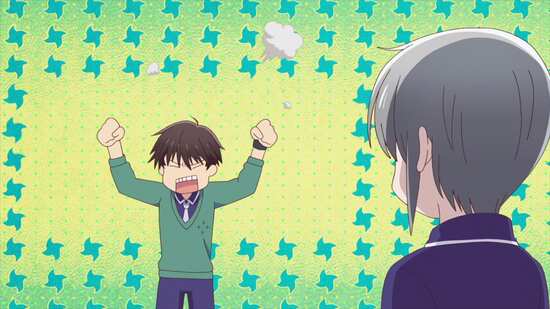 Isuzu “Rin” Soma is determined to break that curse, and her story also continues here. Given how Akito has a tendency to isolate the members of the Zodiac from each other, and play with their minds, it’s understandable why Rin is looking for the answer alone. Her relationship with Haru, established previously is expanded on here, as well as her tendency to shun anyone she cares about, to protect them, and to protect herself as well, but the burden and pressure keeps increasing to breaking point. As usual the story unfolds with plenty of flashbacks for context, and in this regard, this is the darkest Fruits Basket instalment yet, and it probably should come with trigger warnings when it comes to emotional and physical abuse. If there is anything that will actively make you loathe Akito before that final episode revelation, it’s this story arc. 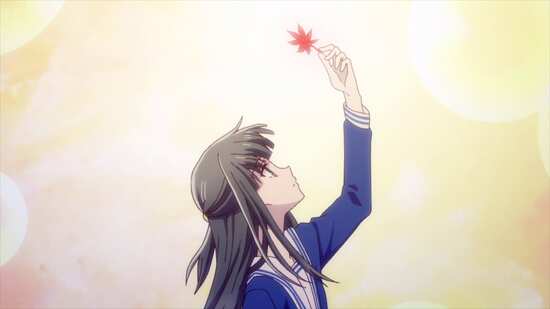 But really, this collection develops Yuki. Before, he was the rebel that was running from his responsibilities, eager to cast blame on those around him, justifiable though it may be, and unwilling to change. But now he has started to change, and a lot of that is due to his position as the Student Council President. He’s got responsibility for the student body in his school, and he has to work with a bunch of eccentrics in the council. This collection of episodes allows him to define his relationship to Tohru, which makes perfect sense, although will probably break the hearts of any fans invested in the whole Tohru x Kyo vs. Tohru x Yuki shipping phenomenon. But that is only the start of his self realisation. His Vice President Kakeru might just be best friend material, and also on the council is a girl named Machi who gets Yuki’s attention by not treating him as the ‘Prince’ that most of the other girls in school do. 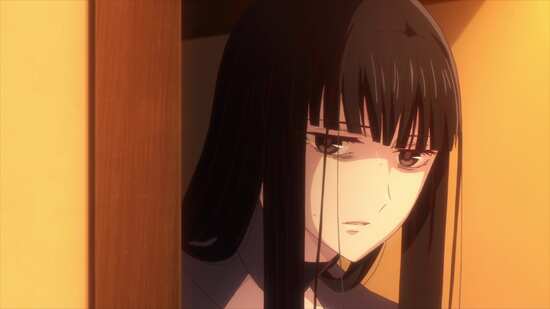 All of this means that Yuki is now self actualised enough to deal with his family. He’s forged a connection with his flamboyant brother Ayame, but with the parent teacher conferences impending, he has to deal with his mother, who till this point he had accused of neglecting him. It all culminates in the New Year’s event, the annual gathering of the Somas at the family compound. This time Yuki is ready to bite the bullet, and take his place at Akito’s side, but his new refusal to be bullied, his more adult attitude has unintended consequences. 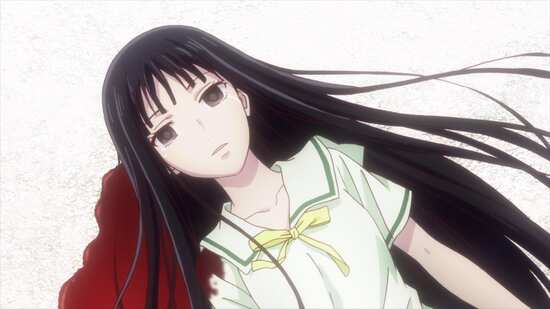 It’s not all serious and moody in this instalment; the light comedy and gentle romance is still there as well, with a school trip to Kyoto offering much opportunity for silliness, but also there is the Cultural Festival in school, where Class 2-D get to put on a play, Cinderella, although there are more than a few changes to the script, and some unlikely casting, with Kyo cast as the Prince, Hanajima as a gothic Cinderella, and Tohru as the nicest evil stepsister you have ever seen. 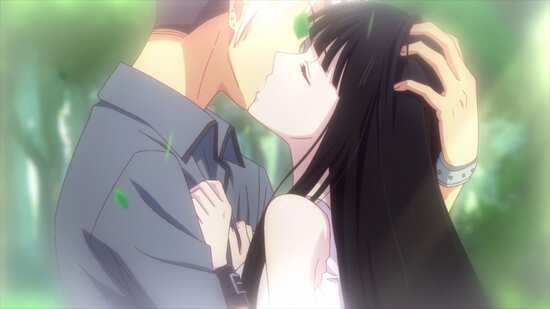 I love the original Fruits Basket; it’s one of my formative anime, but I love this new version of Fruits Basket even more, as this time you get the story and the drama alongside the light romantic comedy. It’s like finally watching a movie in uncut theatrical widescreen after years of watching the censored, pan and scan version. At this point, if you’re into Fruits Basket you will already have this release on order, or already in your collection, but if this review entices you, I’d advise going back to the beginning. Either way, this is a solid Blu-ray release except for some minor niggles.