Review for O Maidens in Your Savage Season

Teenage girls think about sex, a fact that I was unaware of when I was a teenage boy, which in retrospect is probably a good thing. We’re still holding onto the last vestiges of our innocence at that time, shaped by our upbringings and our parents, and we tend to have filtered perceptions of other people. Usually when it comes to anime romantic comedies and coming of age stories, we get a male perspective, but there are shows which offer a female perspective, and they are worth seeking out if you want a change from the old routine of harem comedies, and pratfalls into cleavage. One show which is yet to make it to UK shores is Love Lab, a tale about a group of girls who create a ‘club’ to investigate romance and the opposite sex, although they are handicapped by their collective inexperience and naivety. That is a fun show, but given its premise, remarkably chaste. Now, MVM are bringing us another such show, O Maidens in Your Savage Season, and judging by the 18 rating that the BBFC have bestowed upon it, I’m guessing it’s not going to pull any punches. 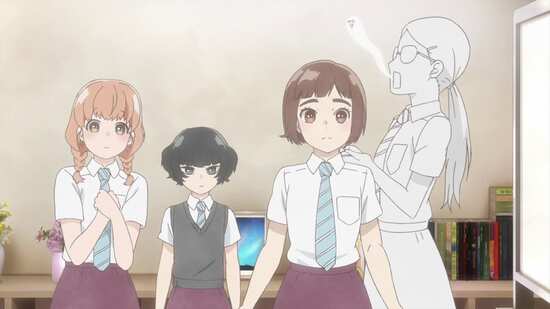 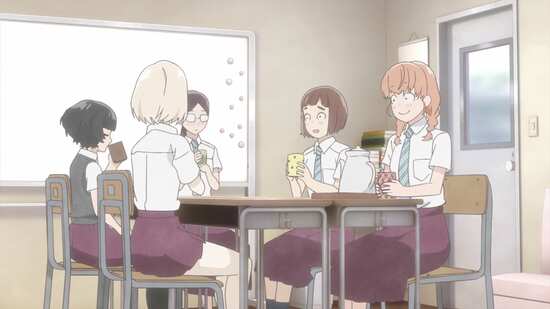 Twelve episodes of O Maidens in Your Savage Season are presented across two Blu-rays from MVM.

Disc 1
1. The Taste of Her Pork Miso Soup
2. Es-Ee-Ecks
3. Willy’s Real Rear Wheel
4. The Purpose of Books
5. Things That Changed Before We Knew It
6. Maidens in the Woods
7. Jiggling, Then, After
8. Legend of Love
9. The Orange Fox’s Lilies

Disc 2
10. Holes
11. Inappropriate Conduct Between the Sexes is Now Forbidden
12. The Colors of the Hearts of Maidens 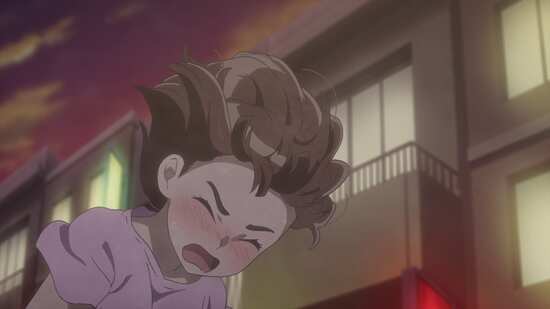 O Maidens in Your Savage Season gets a 1.78:1 widescreen 1080p transfer on these discs, which is clear and crisp, with consistent colours and great detail. The animation comes across without issue; no banding, compression or aliasing to worry about. It’s a very pleasant looking show, with character designs which conform to the usual anime stereotypes, but given a gentle pastel, pencil colour palette that perfectly suits the romantic storylines. The animation is smooth and fluid, with nice attention paid to detail. 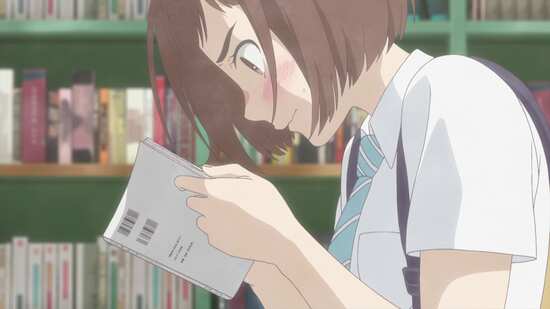 You have the choice between DTS-HD MA 2.0 Stereo English and Japanese, with subtitles and signs locked to the appropriate track. I was happy with the original language and stuck with it throughout. The actors are suited to their roles and give effective emotional performances that live up to the depth of the story. It’s a dialogue focused piece with little action to challenge the stereo sound design, but the music really suits the story and drives the emotion of the story. The subtitles are accurately timed and are free of typos. 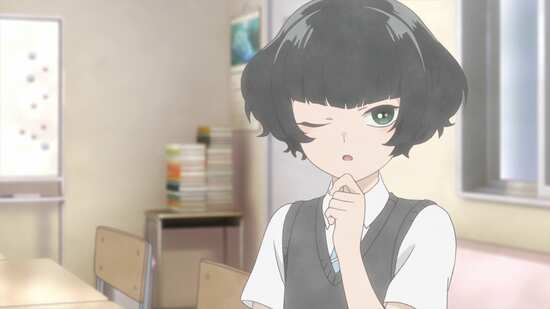 The discs present their content with static menus, and each episode is followed by a translated English credit scroll.

The extras amount to the textless ending, and trailers for Revue Starlight (coming next from MVM), How clumsy you are, Miss Ueno, After the Rain, and The Demon Girl Next Door. 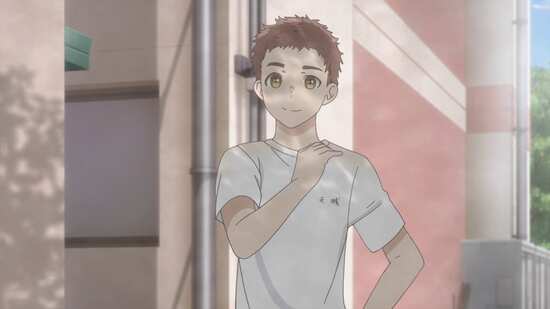 I can imagine the scene... A musty BBFC office, an aged middle-Englander censor, terrified at the thought of seeing a female ankle, presented with O Maidens in Your Savage Season, where high school girls talk about sex. One heart attack later, and the 18 stamp comes down violently on O Maidens in Your Savage Season, and once again, the BBFC have rated an anime show outside its target audience demographic. If there is one anime show that you’d hate for your 15 year old angel to watch, but one anime show that they really should watch, it’s this one. 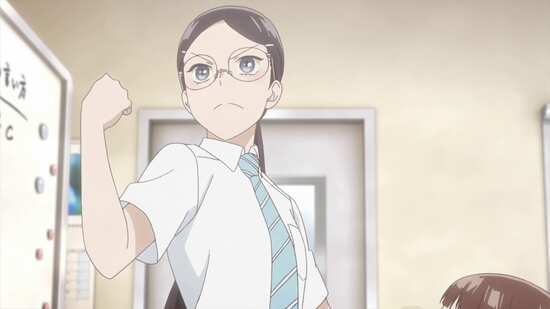 There is no explicit sex in this show, and only the usual, mist-obscured nudity, although there is a whole lot of discussion of sexual activity, and the odd moment of implied or obscured sexual behaviour too. The guidance on the BBFC site cites “child sex abuse”. And yes, there is a skeevy paedophile in the show; an old man who lusts after young girls, but for the purposes of the story keeps his abuse psychological, justifying his actions with the idea that if he ever lays a finger on a girl, they’d be despoiled, and no longer the virginal subject of his affections; utterly disgusting and descriptive, but nothing explicit. 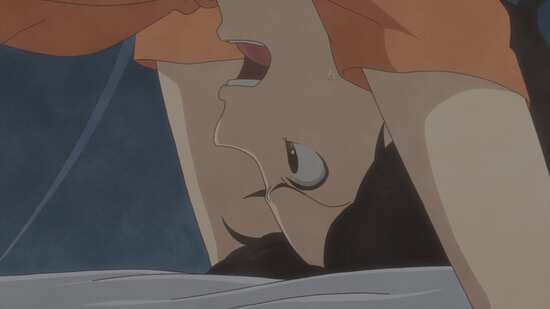 The message that this show imparts is really important though. Teenage girls will think about love and sex, and they will want to experiment and experience, just as much as any teenage boy, and as with any teenager, understanding and most importantly communication is in short supply. Girls will develop crushes on inappropriate subjects, things will get complicated, they’ll get messy, mistakes will be made, and once in a while, things will go right too. And it’s mostly okay... it’s life. 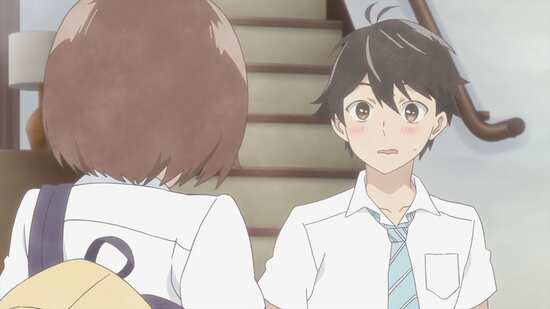 O Maidens in Your Savage Season runs the gamut with its five main characters, the members of this school’s Literature Club. At the start of the story, they’re a chaste bunch, prone to blushing furiously at the erotic fiction that they read and discuss, but lacking in any genuine experience. The president of the club is a somewhat dowdy girl named Sonezaki, who feels that vicarious experience through literature is enough, and that the girls should stay chaste otherwise, and she and the rest of them are shocked when Niina Suguwara announces that she wants to have sex. But that simple statement is enough to shift all of their lives in different directions. 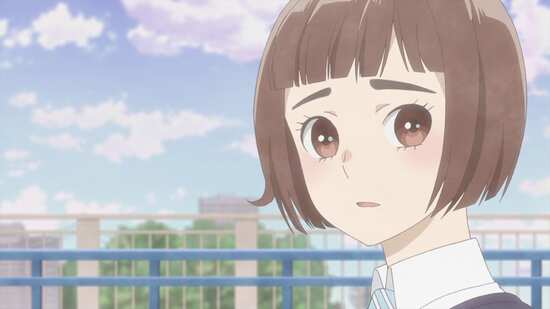 Sonezaki maintains her holier-than-thou attitude in class, where most of the other students bully her for her appearance, until a boy named Amagi actually expresses an interest in her, and that’s enough to inspire her to ditch the glasses and try a less severe hairstyle, a makeover that makes everyone see her differently. Kazusa is best friends with Momoko and Niina, and she lives next to her childhood friend Izumi. They’ve been joined at the hip since they were little kids, and it takes a little time and convincing from Niina that her love for Izumi is now more than just familial and platonic. It takes even longer to convince Izumi of that, made all the more complicated when Niina develops feelings for Izumi as well. 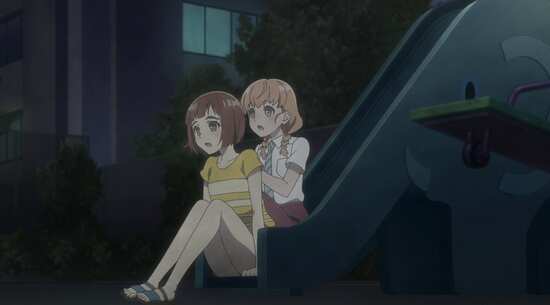 Momoko wants to develop too, and even connects with a boy she knew from another school, Sugimoto, but despite all that, she doesn’t get the same excitement and thrill that the other girls are getting from their burgeoning relationships, and instead realises that she may be attracted to girls instead, Niina in particular, just one extra complication in what is developing as a complicated love triangle. And Hongo has it the worst, an aspiring author, she has a contract to write erotic fiction, but lacking in experience she’s been using sex chatrooms for inspiration. When that doesn’t work, she tries to arrange a date in real life with the guy she’s chatting with, only to learn that it’s a young teacher from school. It’s enough to blackmail him into becoming their club supervisor when the principal demands legitimacy for the club to continue, but having seen the other side of ‘Milo-sensei’, she develops a crush on him as well. She’s determined to get intimate with him, ostensibly to help her writing, but it soon becomes more. Already blackmailed once, Milo isn’t exactly adept in handling Hongo’s attentions, and things don’t progress in the best way. 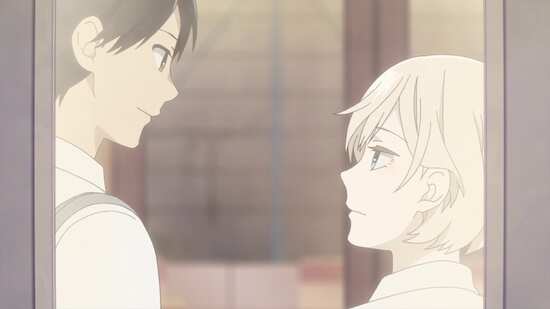 The story is really well paced, and very smartly written, beginning as a straight up sex comedy, but gradually sowing elements of character drama as the girls experience more and more, yet never losing sight of that humorous touch, no matter how dark it gets. The story has it all, from faltering and blushing first love to teenage pregnancy, and as I said it has a very important message, that as you embark on this phase of life, it can get complex and painful, that while you may want a dream relationship out of a fairy tale, real life is rarely that kind, and there are bad people out there to be wary of. But ultimately, the rewards can be worth it. 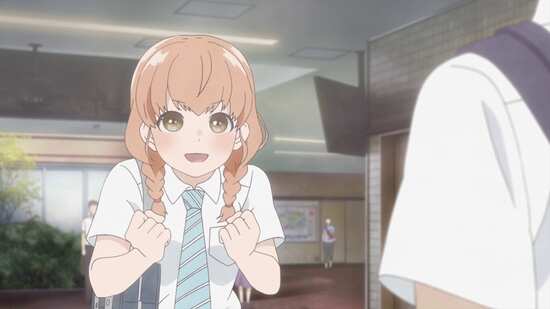 O Maidens In Your Savage Season is a really smart show with characters that anyone can relate to. It takes delicate subject matter and handles it all in a responsible and meaningful way without ever coming across as preachy. It’s utterly entertaining and a very rewarding watch, and I’m almost annoyed at the short-sightedness of the BBFC rating, keeping the show out of the hands of teenagers who would appreciate its wisdom the most. The Blu-ray really is quite pleasant though, an excellent transfer with solid audio that is easy to appreciate.