The mangaka known as One made quite a splash when his One Punch Man was adapted to anime. And I have to admit that I was really taken with its first season. On the other hand, his Mob Psycho 100 came as quite the pleasant surprise when it was released in the UK last year. Both shows have the conceit of completely unassuming, nondescript main characters with exceptional abilities, whether it’s as a superhero, or as in the case here, a psychic. Both shows got follow up seasons, but as my only exposure to them was through hearsay due to lack of time, I have to say that I’m glad that it’s Mob Psycho 100’s second season which is being released here first. Apparently it only improves on the first season, whereas One Punch Man’s second season has issues it seems. 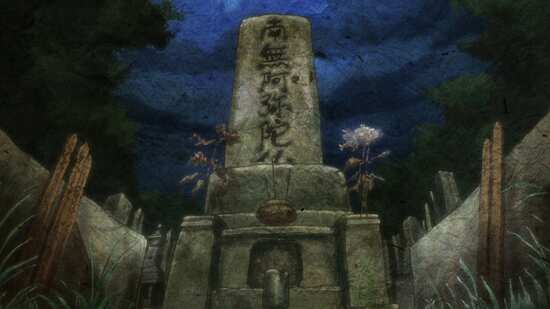 Shigeo “Mob” Kageyama is a middle school student with an amazing psychic ability. He used to try to impress the girl he likes, Tsubomi when they were kids, but she got bored, and since then he just wants to be one of the normal people, and get Tsubomi’s attention again. The problem is, as he shut off his powers, so he shut off his emotions. He does have a mentor though, an exorcist named Reigen Arataka (a talentless con artist who’s lucked out in befriending someone who can actually exorcise evil spirits). Reigen’s helping Mob control his powers, to prevent his emotions from overwhelming him. Because if Mob’s emotional power reaches 100%, he explodes! 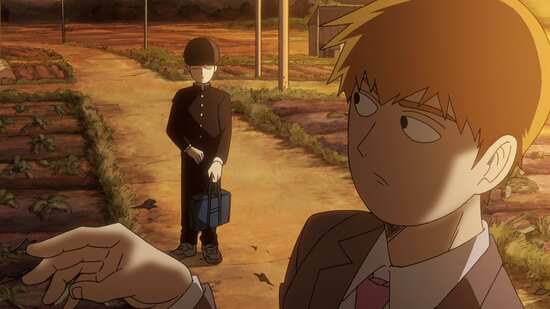 12 episodes of Mob Psycho 100: Season 2 are presented across 2 discs from Manga Entertainment. Unlike the first season, this isn’t a combo, rather a Blu-ray release with a digital code packed in the case.

Disc 2
8. Even Then –Continue Forward–
9. Show Me What You’ve Got –Band Together–
10. Collision –Power Type–
11. Guidance –Psychic Sensor–
12. The Battle for Social Rehabilitation –Friendship–
13. Boss Fight –The Final Light– 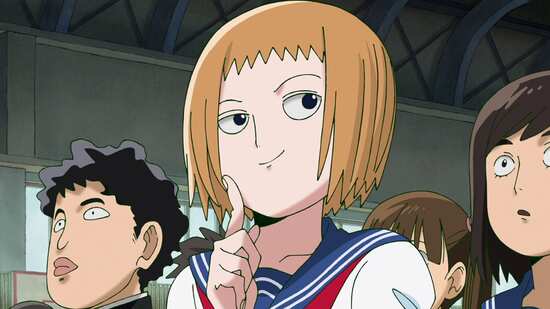 Mob Psycho 100 gets a 1.78:1 widescreen 1080p transfer. It’s the usual for an anime Blu-ray from Funimation, clear and sharp throughout, with consistent colours, and smooth fluid animation. The characters may be simplistic and verging on caricature at times, but in motion the show is inventive and energetic, with masterful direction and a style that really brings across the character’s various psychic powers in a way that enthrals. When it comes to action, you really need to pay attention in the final episodes, as the animators really are at the top of their game delivering some astounding visuals. 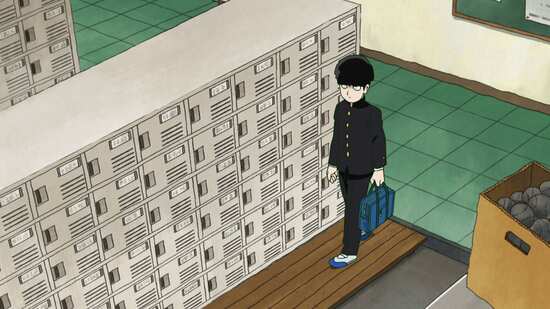 You have the choice between Dolby TrueHD 5.1 Surround English and 2.0 Stereo Japanese, and for a change, the subtitles and signs are wholly optional. I was happy with the original language track, and the subtitles are timed accurately and free of typos. The action comes across well, and the show gets some nice, quirky music. I gave the dub a quick try, and from what I sampled, it sounds like one of the good ones. One problem might be with the credit sequences in a couple of episodes. In their infinite wisdom, Funimation chose a credit font which is similar to the subtitle font, and in the few episodes which continue the story over the credits instead of the end theme, it is easy to lose the dialogue translations against the credits text. 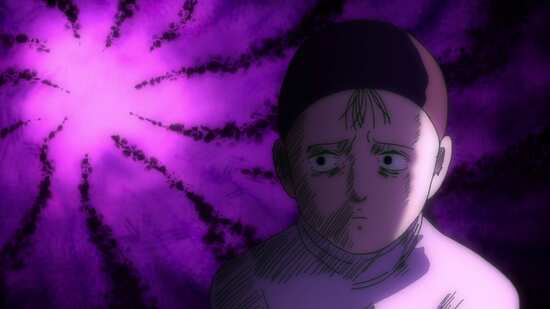 You get 2 discs in a BD Amaray, one on a hinged central panel, with the artwork repeated on an o-card slipcover. There is a leaflet with a digital code in the case, as well as a reversible sleeve.

Disc 1 plays a trailer for Funimation NOW before loading the menu.

Disc 2 has the OVA, The First Spirits and Such Company Trip –A Journey That Mends the Heart and Heals the Soul– 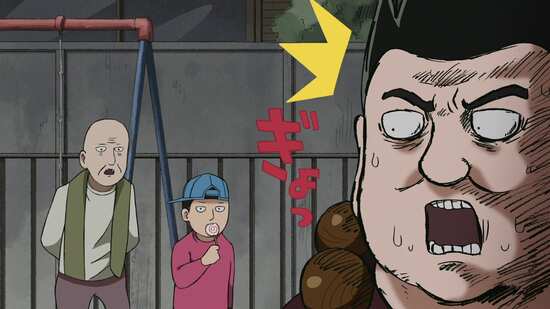 The 006 Storyboards by Yuzuru Tachikawa lasts 9:47.

There is 12:00 worth of Key Animation for Selected Scenes.

There are the 16 second TV Spot and the Textless Closing. 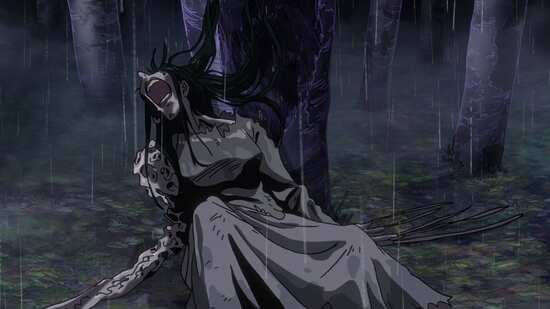 I have never been happier to type ‘more of the same’ as I am right now. Mob Psycho 100 was a brilliant series that for me showed up out of the blue, taking what’s best about One Punch Man’s absurd premise, applying it to psychokinetic powers instead of superpowers, but investing it with a whole lot more heart and character as well. Season 2 just picks up where season 1 left off, and continues to let this world and these characters grow. The only lamentation I have is that I didn’t make the time to re-watch season 1 again to reacquaint myself with the characters and the story as I did feel like I was playing catch-up for the first few episodes. You really do need to remember who these characters are, and what organisations like Claw are about. 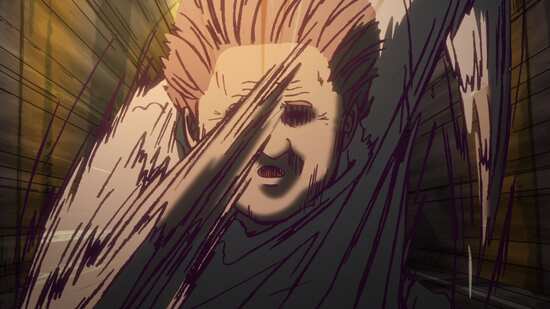 The status quo continues as this second season begins, with Shigeo “Mob” Kageyama balancing his school life, and his eternal quest to get Tsubomi’s attention, with his part time job as a psychic in Reigen Arataka’s consulting company. He’s picked up a constant companion in the sarcastic spirit known as Dimple, and previously his kid brother Ritsu developed psychic powers as well. Of course Mob has his issue where he tends to keep his emotions in check to avoid losing control of his powers, but should his emotional threshold break 100%, things get full Hollywood effects budget serious. 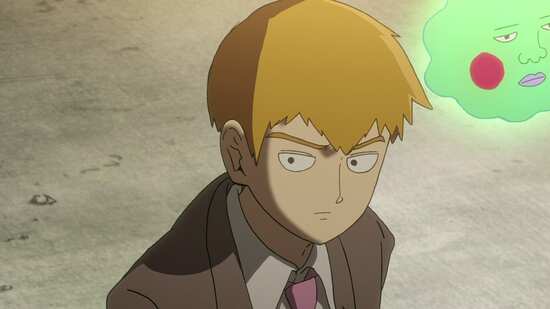 Mob’s still working with Reigen on various spooky cases, but first he gets a conventional chance to impress Tsubomi when the school council elections are held, and he gets convinced by Mezato to run for president. She’s still trying to groom Mob to be the leader of a sect, a position for which his unassuming personality is ill-suited, and becoming student council president would seem to be a good first step. She doesn’t realise that Mob isn’t suited to public speaking to begin with, but his frozen performance does get someone’s attention when he gets a love letter in his shoe locker. 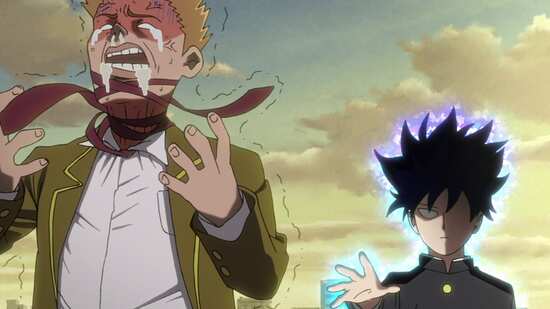 Dealing with urban legends, and an astral projecting stalker may seem like run of the mill cases, but there do turn out to be unexpected complexities, as well as other psychics, and you begin to get some idea of the show’s direction of travel in this season when they have to help a schoolgirl who has been possessed by the bitter spirit of a dead psychic. Her father is rich, and has recruited every famous psychic around to have a crack at helping his daughter, but the possessing spirit knows all the tricks. It does take the professional cynic Reigen and his talented protégé to deal with the problem, but it puts more famous psychic noses out of joint, something that comes to bite Reigen when he tries to trade on his newfound notoriety. 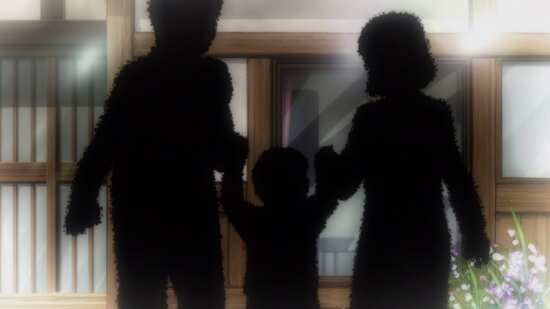 It looks like the band is suffering creative differences, when Reigen’s success goes to his head, and he’s a little too cynical and a little too blunt talking to Mob, causing Mob to take a break from the office, leaving Reigen to handle his work alone, something that he’s unfit for, having no psychic abilities. It takes the prospect of public humiliation for them to reconcile. But to this point, Mob Psycho 100 II has been unfolding in much the same way as the first season. We get to the point where Mob has another chance to impress Tsubomi. If he can’t use words, he’ll try actions, and this means succeeding at the annual school 5km run without using his powers, a race where he usually finishes in the bottom five. 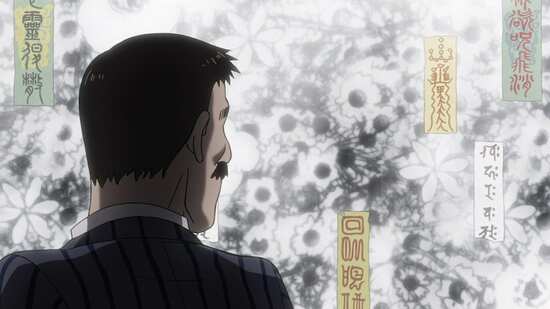 The show has achieved this delightful blend of a little bit of slice of life, and a regular routine of psychic ghostbusting coupled with the unique sense of humour, but the end of episode 8 delivers a jaw dropping cliff-hanger, where you will suspect that the story is doing a bait and switch, but the possibility remains that it has fundamentally changed. Because the Claw organisation is back and they’re going full tilt for world domination, and first they have to get rid of the competition, all the other psychics, so that their lab grown psychic power wielders have free reign in the city. Their first step is to target Mob and his family. 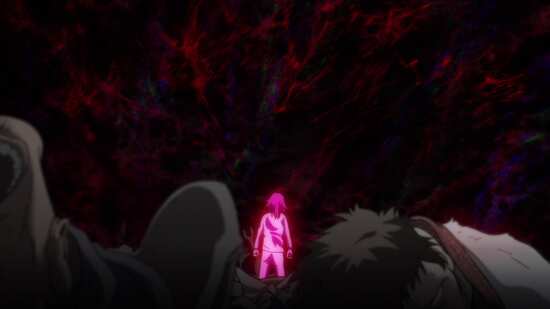 The last 4 episodes lead to a grand climax, a psychic battle between the leader of Claw and his uber-powered minions, and Mob and his allies, and the animators get to deliver all the flourish and imagination that they can muster for these psychic battle sequences. But more important here are the character studies. Mob was the isolated little kid, who clamped down on his own abilities and suffered emotionally as a result. Meeting Reigen changed his path, started him safely expressing his feelings once more, and more importantly got him engaged with the world. Sure he has these epic psychic powers, but Reigen keeps him tethered to the real world, and in their business, they’ve encountered many people, and Mob’s circle of friends has grown. The leader of Claw and the people he uses in his organisation are more what Mob would have become had he not met Reigen. 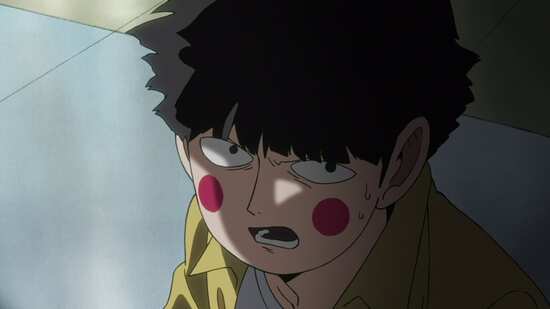 That simply underlines that while Mob is the protagonist of the story, it’s Reigen Arataka who is the star of the show, not only because he somehow almost always finds the right thing to say, even if it comes from a self-serving and avaricious place, but in a world of psychic powers and fantastic abilities, he has an unerring facility for solving these out of the world issues with down to earth thinking. If I do have a niggle, it’s inevitably that the OVA, set after the end of the story, is a bit of a letdown following that epic climax. It’s just that even with its supernatural elements, the idea of a hot spring trip seems rather mundane and clichéd. 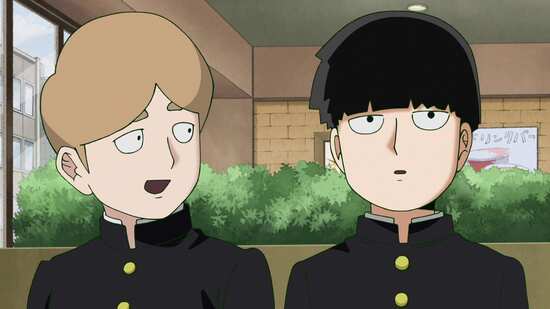 But that’s a minuscule complaint in a Mob Psycho 100 second season that lives up to and even surpasses the gift that was Season 1. If you’ve missed out on this fantastic show so far, it’s time to remedy that deficiency in your anime collections.