It’s funny how Hayao Miyazaki has been often described as the Japanese Disney. You couldn’t have two different trajectories if you tried. The only thing they have in common is a predilection for fairy tales and family fare when it comes to the animations. But Walt Disney was a commercially focused creator right from the beginning, creating market friendly films, building a creative empire that encompassed all aspects of entertainment, and which right now, over 50 years after the death of Walt Disney is the biggest creative company in the world, with 20th Century Pictures, Pixar, Marvel and Star Wars the most obvious of their brands. 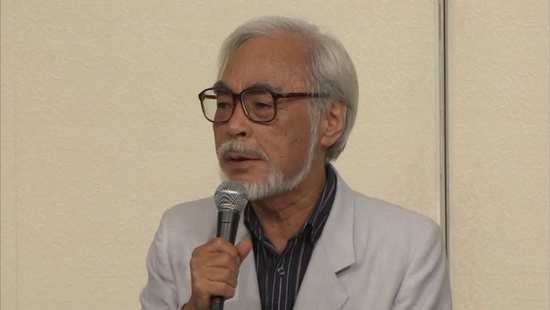 Hayao Miyazaki on the other hand may have had Studio Ghibli, and didn’t shy from merchandizing, but from the beginning, he made films that he wanted to make, not films that audiences wanted. That was usually just coincidental. He’s often been portrayed as a cantankerous auteur, with plenty of criticism for modern animation techniques, otaku culture, and modern society in general. He gathered a like-minded crew at Studio Ghibli, and went about lovingly creating modern classics with mostly traditional techniques, techniques which Disney itself abandoned thirty years ago. And it became a running joke that whenever Miyazaki had a successful movie, he would announce his retirement, leaving Studio Ghibli in the hands of his partner Isao Takahata, and their protégés. 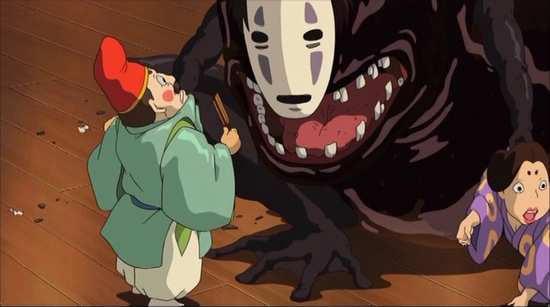 However, with time and age taking its toll at Studio Ghibli, it became inevitable that one of these days, the retirement would be for real, and in 2013, aged 73, and after the release of The Wind Rises, Hayao Miyazaki announced his retirement, emphasising that this time it was for real. With no one to pass the reins onto, and no films in production, Studio Ghibli as a going concern was wound down, the offices left empty, and all effort was put into curating the existing film catalogue and the Studio Ghibli museum, a conclusion for the studio that is as far from Disney as you could imagine. 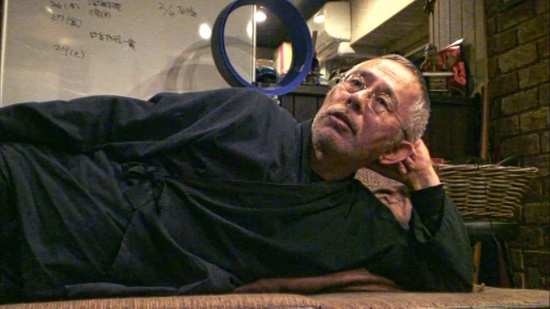 This documentary, Never-Ending Man catches up with Hayao Miyazaki in January 2015, 16 months after his retirement, and follows him for the next two years.

All the Anime release Never-Ending Man as a BD/DVD combo release. For the purposes of this review I got the DVD check disc for review. 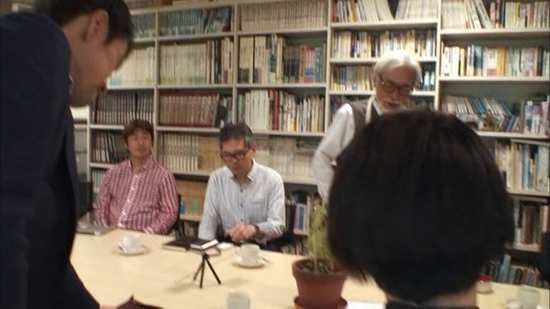 On the DVD, Never-Ending Man gets a 1.78:1 anamorphic NTSC transfer with Dolby Digital 2.0 Stereo Japanese audio, with optional English, French, and Spanish subtitles. This was a GKids release in the US, and All the Anime repurpose those discs for Region B/2 release. The image is clear, as you would expect from a documentary, with maybe some shimmer on fine detail. The dialogue is clear with the fly on the wall style footage, and the subtitles are accurately timed and free of typos. 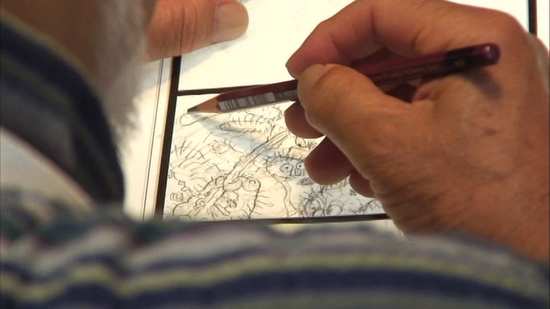 The disc presents the content with an animated menu. On the disc you’ll find two trailers running to 4:07 in total, and the Alternate Version of the documentary which lasts 48:06. This is the version that was broadcast on NHK, and has an English state-the-obvious voiceover pasted over the top of the footage. 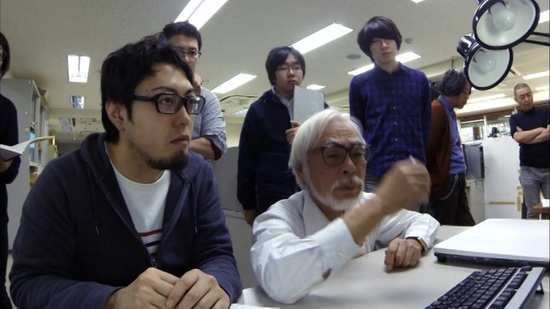 It’s no spoiler at this point that Hayao Miyazaki’s most recent retirement ended the same way all his other retirements did, with the announcement of a new feature film, How Do You Live? which at this point has been in production at the re-opened Studio Ghibli for the last three and a half years. Although as he approaches his eightieth year, it’s clear that this really is the final feature film from the master filmmaker. Never-Ending Man follows Miyazaki on his road from retirement back into the film studio. 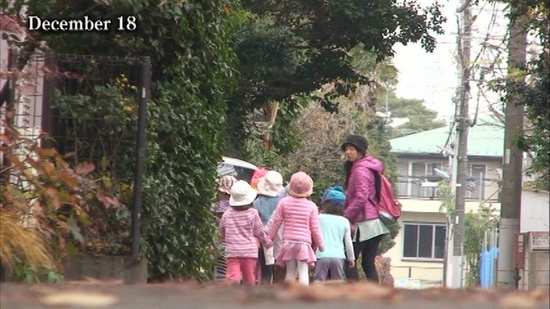 It’s an interesting, if by its very nature unfocused portrait of the man. It’s clear that he has to remain creative to get through the day, and when we first encounter him in retirement, he’s still ‘doodling’ as he puts it. Those doodles are the basis of Boro the Caterpillar, the project that tempts him out of retirement, and for the short animation made for the Ghibli Museum, he embraces CGI for the first time, realising the character wholly digitally, and working with a young group of animators. And you can see how he got his reputation. 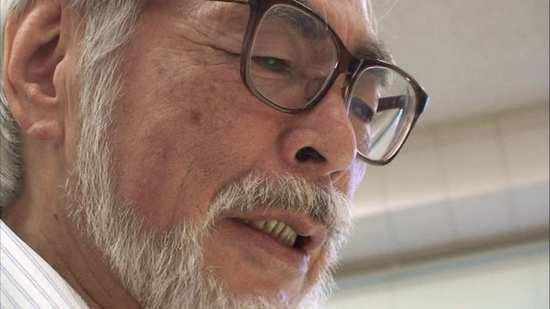 We get to see many sides of the man in this documentary, puttering around at home, hard at work on Boro, with long time Ghibli producer Toshio Suzuki, reflecting on his time at studio Ghibli (there’s a telling observation that rather than nurture talent, studio Ghibli devoured it instead, one reason why there was no one to take up the reins when the time came), and there’s the inevitable toll that the passage of time takes. There is a melancholy edge to this documentary that seems to look at a man in his twilight years, and given that the documentarian is never seen, rarely heard, letting Miyazaki’s words stand alone, it’s either a very honest view, or a result of deft editing. Fortunately, the film ends on that triumphal, almost comic note, when Miyazaki produces a hand-written treatment for another feature film. 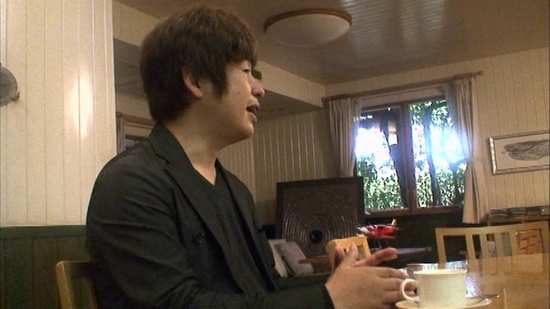 Never-Ending Man: Hayao Miyazaki presents a portrait of the man which looks exactly like the image many of us have imagined. His personality has been so well defined by past comments to the press, documentary features presented as extras on Studio Ghibli movies, and just plain hearsay, that there is very little in this documentary that comes as a surprise, but it’s no less watchable for all that. This may only cater for a small set of fans, but it will satisfy. 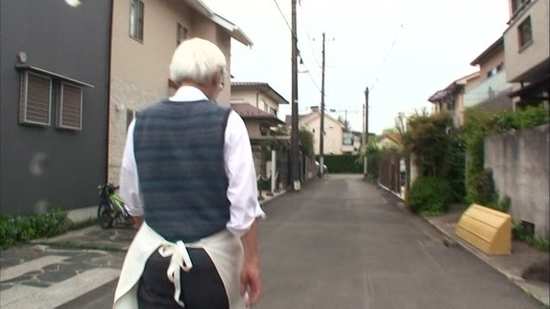 Note: At the time of posting, there has been one report of the Blu-ray disc being incorrectly coded to region A. The DVD check disc I reviewed is correctly encoded to Region 2, but it seems that the retail disc is encoded to Region 1.