Review for Persona5 The Animation - The Daybreakers

This is going to be a quickie review, and not just because the Persona franchise is not one of my favourites. Although I do wonder what would have happened if Persona 4, the first anime adaptation to be released here, had been released by anyone other than Kazé, a company with which watching an anime for me was a battle in itself. Persona is a long running video game franchise which has spun off several anime, based on the concept of parallel worlds, and innate powers presenting as avatars known as Persona, doing battle within these alternate realities. Persona 4’s release was blighted by poor subtitling in the UK, dub only in the US, but the subsequent Persona 3 movies, released here in the UK by All the Anime didn’t suffer from any of these problems. But there aren’t that many films that manage to put me to sleep on the first viewing. We now move onto Persona 5 after a fashion. 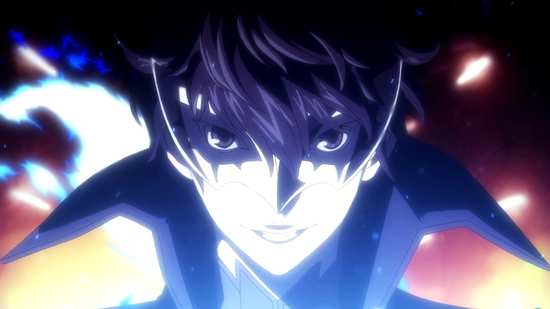 The most recent of the game series was preceded by the release of a special anime episode, Daybreakers, an introduction to the game and the characters. This was in 2016. In 2018, there was a full-fledged anime series release. All the Anime are bringing us that first episode, 24 minutes worth on one Blu-ray disc. 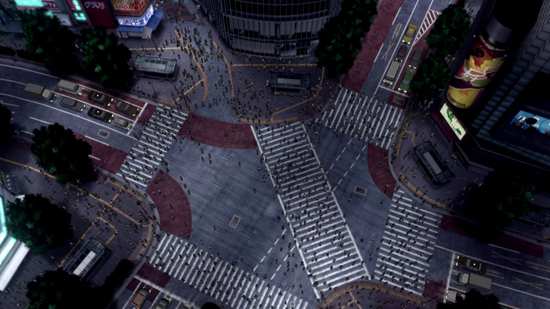 In the city rumours circulate of the Phantom Thieves of Hearts, crime busters that solve the problems that the authorities can’t. There’s a gang robbing restaurants, although it seems that one of their number is a reluctant thief. When someone asks for help, the Phantom Thieves go to work, although it’s their Persona that do most of the crime fighting. 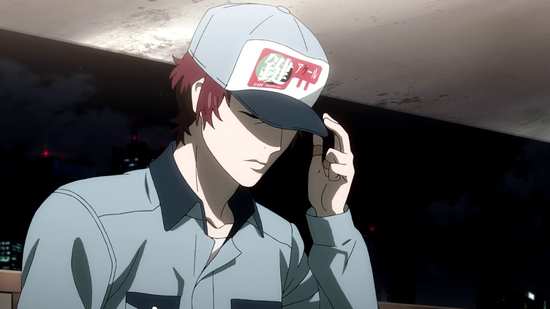 The disc autoplays the episode on insertion, with a 1.78:1 widescreen 1080p transfer, PCM 2.0 Stereo Japanese with English subtitles locked for the duration. Given the content on the disc, I was disappointed to see banding in a couple of scenes, but other than that, this is the best looking Persona yet, detailed backgrounds, strong character designs, and a whole lot of imaginative fantasy when it comes to the other world and the action animation. The dialogue is clear, the actors suited to their roles, and the subtitles free of any issue. You do get to hear some new versions of familiar tunes in the show. You can escape the programme to an animated main menu, but the only option there is to play the episode. 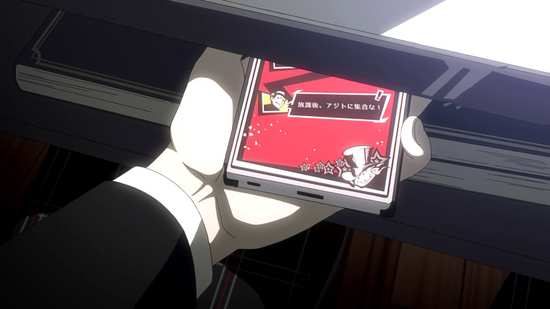 It’s a brief snapshot/introduction to a game I have never played, and neither have I seen the Persona 5 anime series which followed it. I’m watching this one episode out of context, unfamiliar with the characters and the setting, with no idea of the back story, and above all, a general disdain for all things Persona related. It’s not bad for a 24 minute episode. 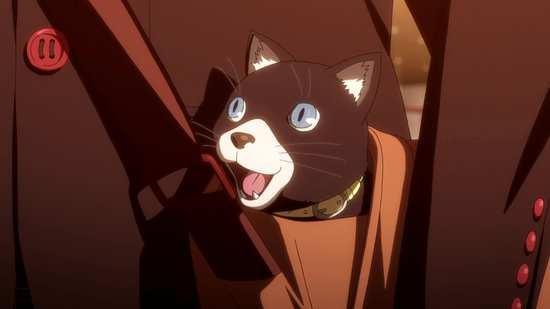 The four members of the Phantom Thieves of Hearts, and their talking cat are little more than ciphers here; you don’t really get to know their characters or get any insight into their personal story arcs. The emphasis is on the gang of restaurant thieves, and the odd power dynamic between the reluctant looking lock-picker and the rest of the gang. The story leads you into expecting one thing, before delivering a twist, and given that it’s just one episode, it’s a nifty bit of storytelling. 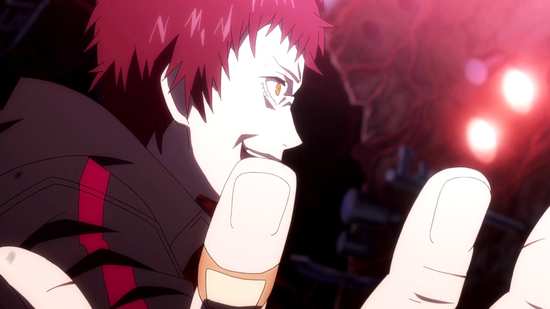 What I recall of Persona 4 was that it was a mystery based show, and seeing this new batch of Personators (I’m copyrighting that) presented as full on crime fighters makes for a natural evolution in the franchise. No doubt the game and the subsequent anime series will prove me wrong. The animation is smart, and there are more than a few cute Lupin references to grab the attention. 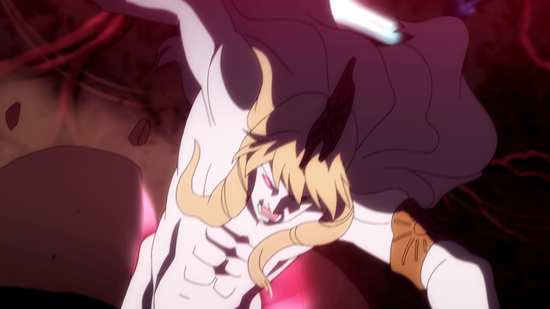 But it is still one, solitary 25 minute episode on Blu-ray with a £15 RRP. You can have it for a tenner if you look around, but you really have to be a fan of Persona 5 to appreciate it. It would have been better if All the Anime had just bundled it as a bonus with the full Persona 5 series when it appeared. This feels like paying for a trailer.