“Never judge a book by the cover” they say, but when the book has the word Rascal in the title, you’re going to read it. This has been a must watch show of mine since it was streamed to the world, and now that the check discs are here, I can take it off my streaming backlog. When an anime show with as provocative a title as Rascal Does Not Dream of Bunny Girl Senpai is a thing, I’m going to make some time to watch it, despite not knowing a thing about the show, what the story is, what the characters are like, other than to expect a rascal, and maybe in a pinch, a bunny girl, It appears to have made quite the impression on fans, as MVM are releasing both a standard Blu-ray release, and a collector’s edition with art cards and an art book. 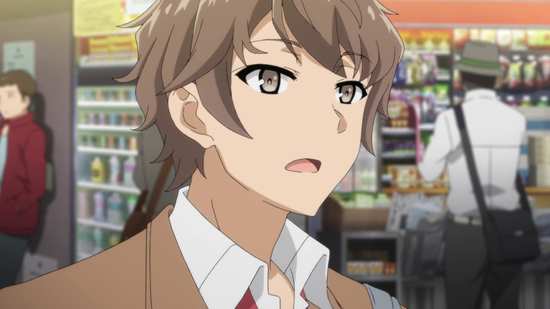 For most, Puberty Syndrome is just an urban legend, the idea that adolescents impacted by stress in their lives develop unexpected symptoms. But for the class outsider Sakuta Azusagawa it’s a very real thing. His little sister Kaede was bullied at school, and that resulted in her flesh being slashed without apparent cause. She’s been a shut in ever since. He hasn’t been immune either; there’s no explanation for the scars clawed across his chest. But that’s nothing compared to what Mai Sakurajima is experiencing. 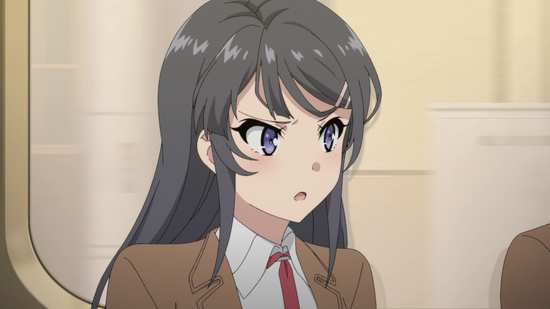 One day in the local library, Sakuta sees her, dressed up as a bunny girl, just wandering around. The thing is that only he can see her. Things only get murkier when he sees her at school the following day, back in a school uniform. Mai Sakurajima is a celebrity, an actress with a career that stretches back to early childhood, and she took a hiatus from work to go back to high school. Only now it seems that most people can’t see her at all, and it’s only getting worse. Pretty soon, it’s just Sakuta who sees or even remembers who she is. 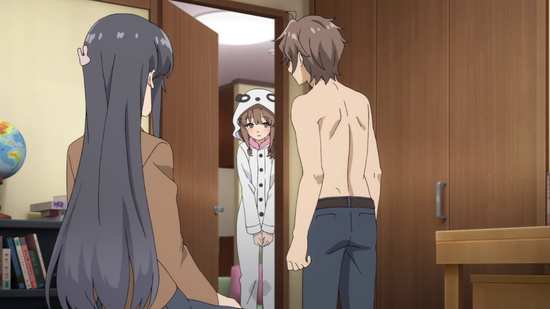 13 episodes of Rascal Does Not Dream of Bunny Girl Senpai are presented across two Blu-rays from MVM.

Disc 1
1. My Senpai is a Bunny Girl
2. On First Dates, Trouble is Essential
3. A World Without You
4. There is No Tomorrow for a Rascal
5. All the Lies I Have For You
6. This World You Chose
7. Adolescence Paradox 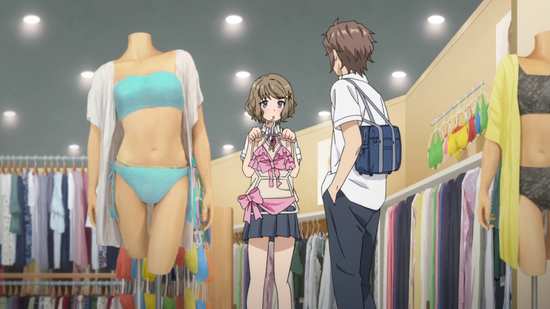 Disc 2
8. Was It All Away on a Stormy Night
9. Sister Panic
10. Complex Congratulations
11. The Kaede Quest
12. Life in a Never-Ending Dream
13. The Dawn After an Endless Night 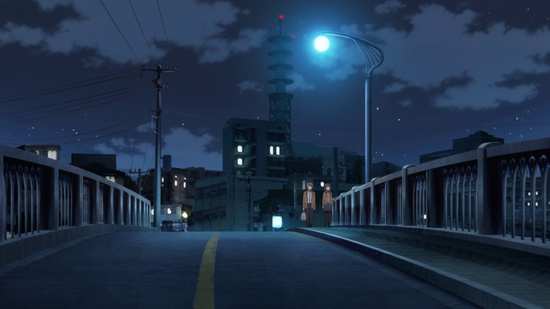 This is an Aniplex release in the US, which means cost of course, as well as the 13 episodes spread across 3 discs. This MVM release comes via Madman in Australia, which takes the Aniplex release and compresses it down onto two dual layer discs instead of three. 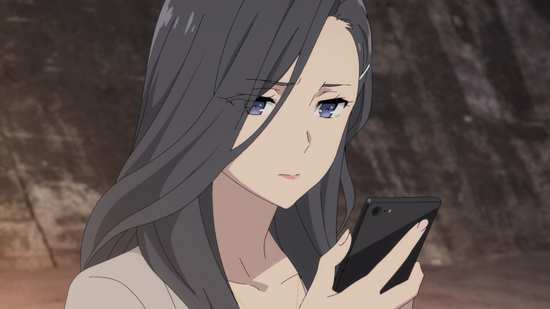 The image is still very good though. The 1.78:1 widescreen 1080p transfer is clear and sharp, with no signs of compression and only the slightest hint of digital banding. The clarity is excellent, as is the detail, while the animation is smooth and appealing. The character designs are likeable, but on occasion you might see two different characters that look a little too similar, not least Sakuta and his friend Kunimi. 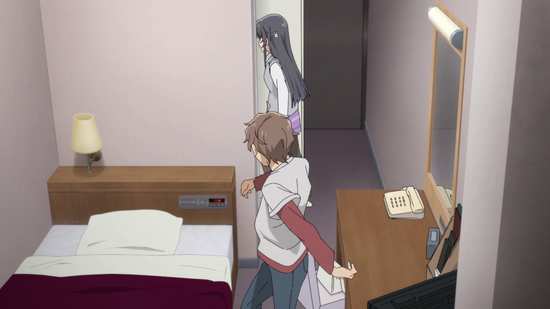 Rascal’s audio comes in the form of PCM 2.0 Stereo Japanese, with optional translated English subtitles. You can guess what I’m going to say, but it’s the rare Blu-ray disc that has issues with its audio presentation. The dialogue is clear, the stereo sound stage is put to good use bringing the show across, and the show’s music drives the story well. The actors are suited well to their characters, and the subtitles are accurately timed and free of typos. 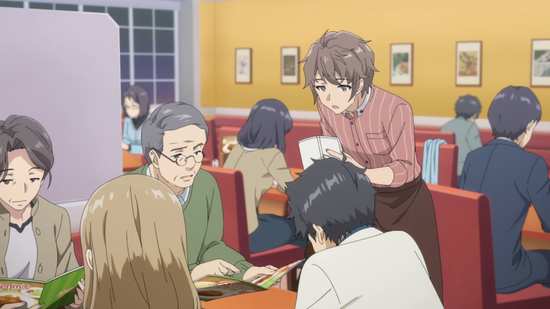 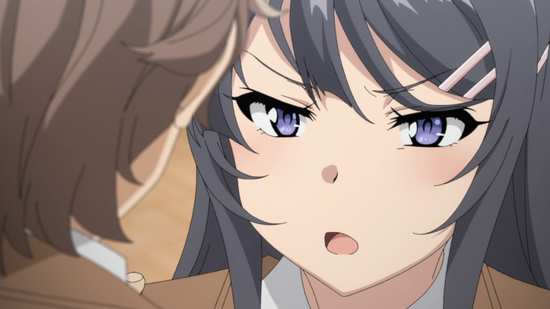 I really liked this show. Rascal Does Not Dream of Bunny Girl Senpai is a cute little romantic mystery show with just a hint of sci-fi. There’s just enough sci-fi in it to give it a little flavour, but not really enough for your eyes to glaze over. Of course this being anime, the romance is of the comedy drama variety, and it does conform to the usual tropes in that respect, with one big difference. This is a romantic comedy drama anime where romance actually takes place. Two people meet, fall in love, and become a couple, and that in just the space of 13 episodes. Any other show, and the teen male would still be falling over and stammering, still trying to make up his mind as to which of his harem he would most like to spend eternity with. Rascal is really quite refreshing in this regard. 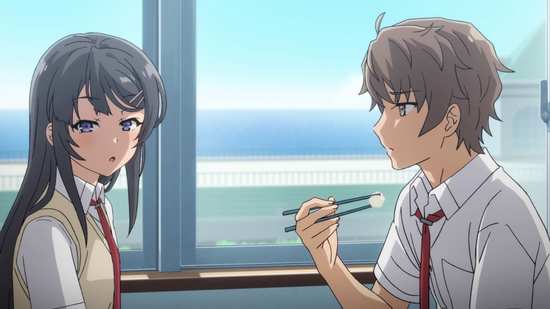 The tone of the show is a little like a cross between a Key Visual show and The Melancholy of Haruhi Suzumiya or maybe Bakemonogatari. It’s like Kanon, and Clannad in the respect that the protagonist, Sakuta encounters several girls over the course of this story, all with unique problems that he has to deal with. The Haruhi and Monogatari parallels come from the sci-fi/fantasy nature of the problems that he has to solve, and not least his own. For Puberty Syndrome, as this show has it, is an affliction that occurs in adolescents under stress, and when Sakuta confides in Futaba, a friend in the school science club, she finds some interesting parallels with Quantum Theory, and the show makes use of terms such as Schrodinger’s Cat, and Laplace’s Demon to explain the strange situations that the characters face. 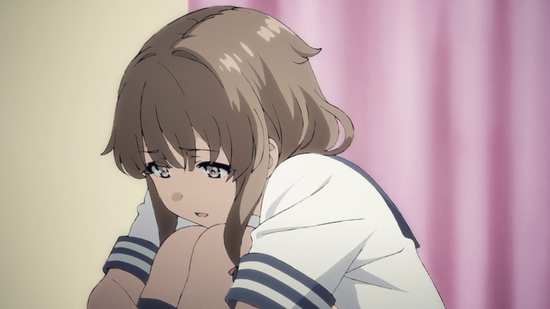 Perhaps the Bakemonogatari comparison is most apt, as the first person that Sakuta helps, Mai, is a celebrity taking a hiatus from work to go back to school, and whose life is getting so stressful, that Puberty Syndrome is manifesting in an odd way indeed for her. People are forgetting that she exists. So it is that she’s able to walk around town in a bunny girl outfit without raising eyebrows. At least until Sakuta sees her. She tells him not to get involved; he decides to help her anyway, and naturally they fall in love (in much the same way that the Araragi fell for Senjyogahara, the first person we saw him help in Bakemonogatari). 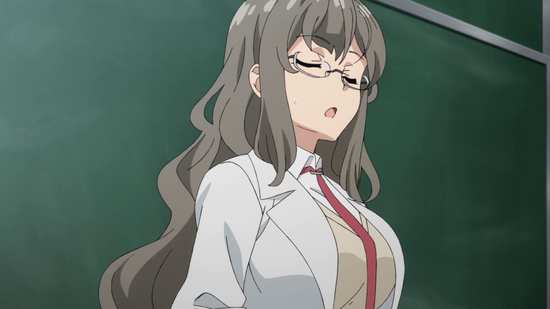 Mai isn’t alone in having issues. Sakuta himself has scars across his chest with no apparent cause, and when his sister Kaede was bullied at school, bruises started manifesting on her skin until she withdrew from the world and became a shut-in. Their parents couldn’t handle it, so they moved out, leaving Sakuta to take care of his sister alone. Through the series, Sakuta also encounters a girl named Tomoe Koga, for whom the same day keeps looping over and over. Futaba herself has a crisis which causes a doppelganger to manifest. Mai’s little sister Nodoka suddenly swaps bodies with her older sister at one point, making Mai and Sakuta’s developing relationship all the more complicated. There’s the mystery of the first girl Sakuta ever fell for, an older girl named Shoko, who reappears in his life but as a middle school girl with no knowledge of ever meeting him, and of course there is Kaede’s problem to resolve. 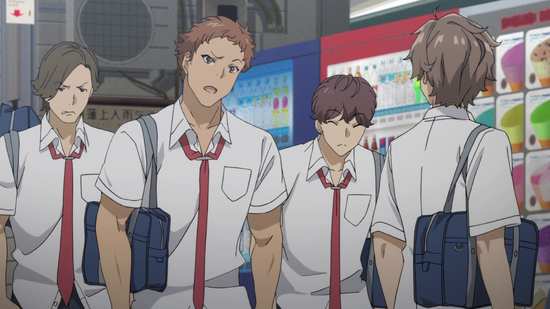 The story, the various character arcs really draw you in, and the mysteries are compelling, but what really sells this show is the character writing, and the performances. Sakuta really is a scamp, the rascal of the title. His primary mode of communication with people is through teasing, and no little innuendo, something he employs to great effect with Mai, and Mai, far from being the usual flustered anime girl, gives as good as she gets, a proper balance for Sakuta, which makes their relationship a key foundation to the story. It’s a show that is easy to invest in, and very enjoyable indeed. Rascal Does Not Dream of Bunny Girl Senpai gets a great Blu-ray presentation on these discs, and is a show deserving of a place in every anime collection. Now I want to see the film!