I was shocked to learn that it hasn’t been as long as I thought! Somewhere in my mind, I had Plastic Memories down as one of All the Anime’s launch titles, promised for release when the company started up with Cowboy Bebop back in 2013. But Plastic Memories was actually streamed to the UK in 2015, and All the Anime would have announced its license after that. Still five years is a long time to wait for a show, especially when Aniplex released it in the US in 2016, which is also when Hanabee Entertainment released it in Australia. After all this time, I was expecting something special from All the Anime, but here’s the disappointing thing, the release may come in two Collector’s Editions, with deluxe packaging and some physical extras (postcards and a poster with Part 2), but they use the Hanabee discs, discs which have been available for 4 years, and have frequently been discounted to a fraction of what All the Anime are asking. 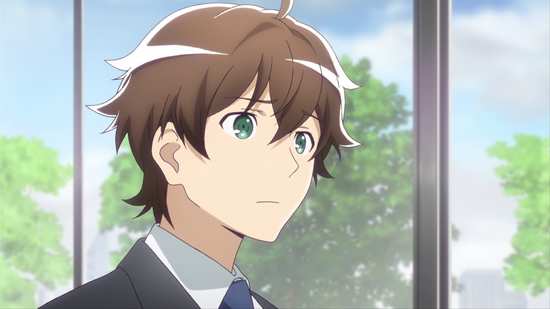 I don’t have stellar memories of the series either. I watched it when it was streamed, and I remember being annoyed at it for failing to pursue the dramatically intriguing premise, opting for something more prosaic instead. When you cross Blade Runner with Chobits, you can one of two ways. Plastic Memories goes the easy way. 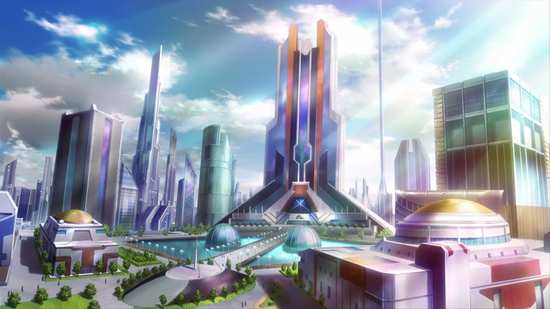 It’s the future, and lifelike androids called Giftia created by the SAI Corporation are ubiquitous. They are created with a set lifespan of 81,920 hours, or just over nine years, after which their memories and personalities start to degrade. To deal with this, SAI has the Terminal Service Department, whose job it is to retrieve the Giftia as they reach the end of their lifespan, to make the process of separating families from their androids as smooth as possible. Terminal Service Department 1, at the SAI HQ operates with teams sent out to retrieve the Giftia, with a human ‘Spotter’ working with a Giftia “Marksman”. 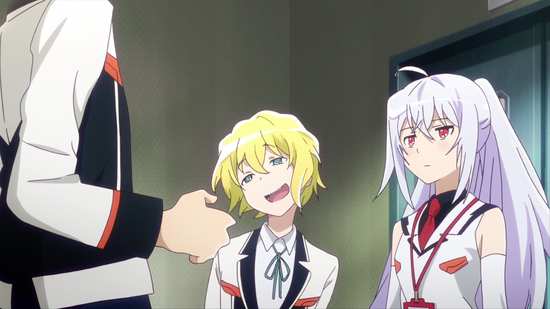 Tsukasa Mizugaki is a rookie, who through family contacts got a job at SAI, but was assigned to the Terminal Service Department. He’s naive and lacks experience, so he gets teamed up with a veteran Giftia named Isla. She’s supposed to show him the ropes, but she hasn’t been in the field in 3 years, instead making tea around the office, and it’s clear that she needs just as much help as he does, if not more. It turns out their duties can be emotionally fraught and painful for all involved, but Tsukasa wasn’t expecting to develop feelings for Isla. 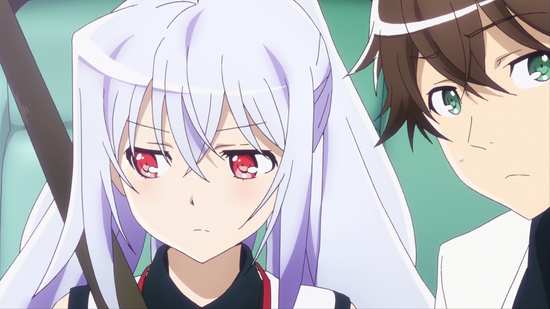 The first seven episodes of Plastic Memories are presented across two Blu-ray discs from All the Anime.

Disc 1
1. The First Partner
2. Don’t Want to Cause Trouble
3. We’ve Just Started Living Together
4. I Just Don’t Know How To Smile

Disc 2
5. The Promise I Wanted To Keep
6. Welcome Home the Both of Us
7. How To Properly Ask Her Out 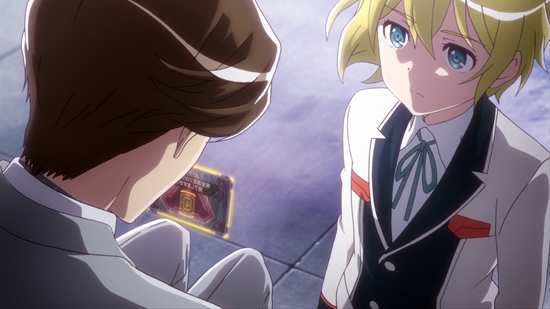 The show gets a 1.78:1 widescreen 1080p transfer, and it’s a pretty nice one. It’s clear and sharp, with bright, vivid colours and smooth animation. There’s no visible sign of compression or aliasing, and the only place I noticed banding was during scene fades. Plastic Memories is a more subtle view of the future, especially as these androids look perfectly human in every respect. It’s the accoutrements of the world that show signs of futurism, holographic displays, a different design ethos to the vehicles, a generally cleaner environment, but that’s about it. The character designs on the other hand are typical for cute anime. 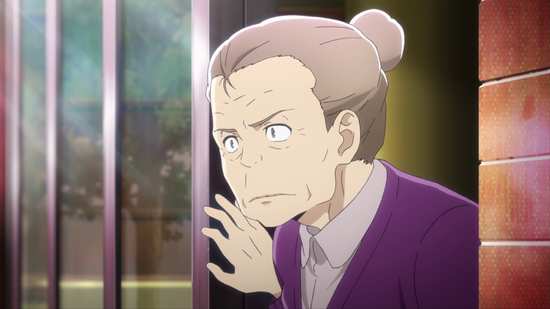 The sole audio track on this release is the PCM 2.0 Japanese stereo. If you select Play All from the main menu, the subtitles are locked during playback, but in an odd oversight, if you select the episodes individually, the subtitles are unlocked. The audio is fine, the actors are suited to their characters, even if they do conform to the usual anime stereotypes, while the subtitles are timed accurately and free of typos. 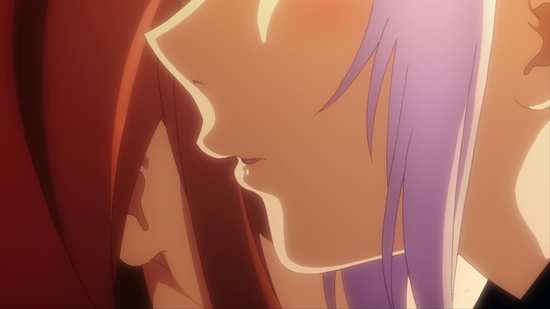 You get the web previews for the first four episodes on disc 1, around 30 seconds apiece.

More substantial is the Staff and Cast Talk Session 1, which is a roundtable chat featuring voice of Tsukasa, Yasuaki Takumi as host, alongside Sora Amamiya (Isla), Chinatsu Akasaki (Michiru), and Sayuri Yahagi (Zack). This lasts 42:30. 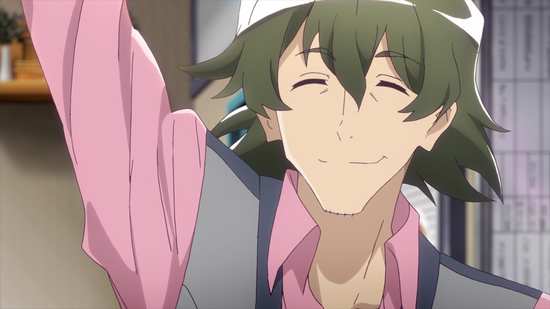 There are four more web previews on disc 2 for episodes 5-8.

The Staff and Cast Talk Session 2 has the producer Yosuke Toba, the creator and screenwriter Naotaka Hayashi, and the animation director Yoshiyuki Fujiwara, chatting about the show for 28:27.

Finally there are trailers for Sakura Trick, Rail Wars, and Photo Kano. 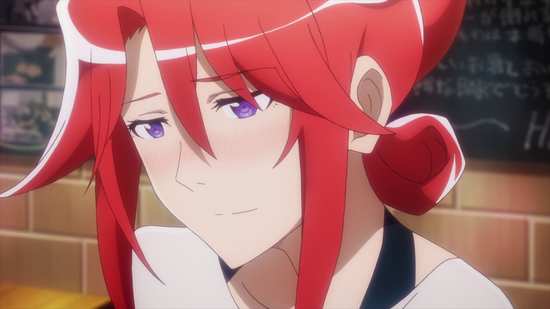 Sometimes creators can take two distinct genres, deftly blend them and come up with something new, fresh, invigorating and inspiring. Sometimes they take two genres, throw them at each other, and mop up the detritus of the mid-air collision, and present it as entertainment. That’s what we get with Plastic Memories, a thoughtful, cyberpunk premise plastered over a clichéd and worn out romantic comedy. 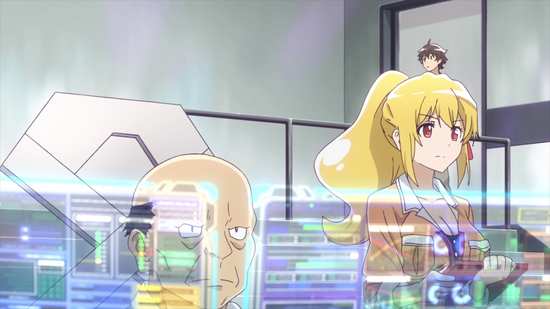 It’s a gentler take on the Blade Runner premise of replicants with four year life-spans. In that film, the artificial humans were on the run, and ‘retirement’ required a Blade Runner to hunt them down and violently dispose of them. Plastic Memories’ world is a lot more utopian. The Giftias are integrated into society, are part of families, and they have a 9 year life span. The SAI Corporation retrieves them for disposal at the end of that time, as their personalities and memories start to degrade, and the Terminal Service Department (the Blade Runners) are a lot more sympathetic in their methods, there to mediate the process that separates people from their Giftia. 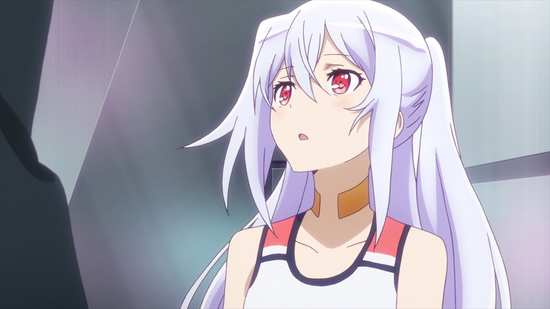 You can see the emotional strain this causes in the first episode, as the first job is to separate an old woman from her ‘granddaughter’, and she quite understandably refuses point blank to do so. It takes her ward understanding that her lifespan is coming to an end to eventually convince her. Plastic Memories looks like a great show at this point; you expect it to be quite the tear-jerker as they go through their daily duties of ending all these relationships. Except the second episode plays the process for laughs, focusing more on Isla’s difficulties getting back into the role, as she clumsily botches the next job separating a mechanic from his apprentice. 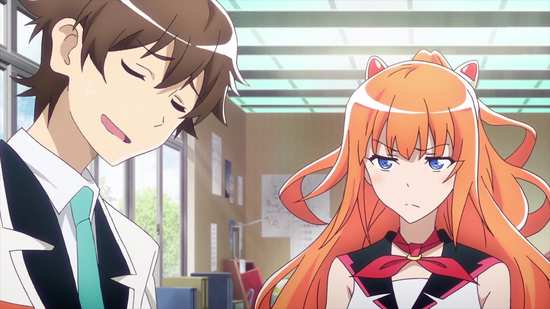 There’s one more attempt, which goes wrong for a totally different reason. A young orphan has to be separated from his android guardian, and quite predictably the emotions are complex. But this time we see the consequences of a Giftia outlasting its retirement date, and his guardian goes off the deep end, becoming a super-strong homicidal maniac. The episode ends badly, but worse than this, it ends off-screen, and we see none of the consequences of that ending for the orphan, and few if any of the consequences for the main characters. It’s here that you’ll realise that Plastic Memories has botched its main premise. 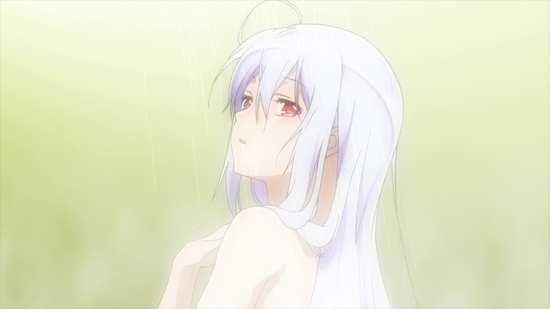 Not that it wasn’t goofy to begin with, as when you start to think about it, there are plot holes that the premise can’t really bear. Why the limited lifespan? Why retirement, why not refurbishment and repair? And why do the Giftia go insane and are super-strong if they’re supposed to be lifelike? 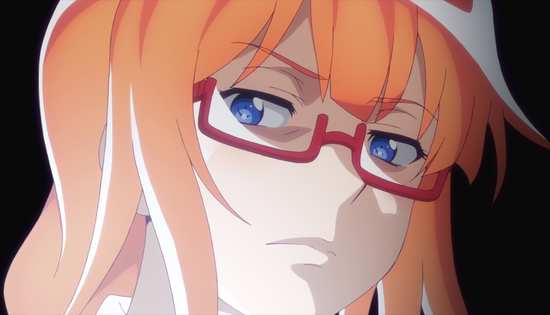 All that’s left is the romance. It helps that the Giftia are human to all intents and purposes, both in appearance and in personality. So it’s practically pre-ordained that Tsukasa will fall for his cute little grey-haired partner Isla, the clumsy girl with a weird outlook. She’s the only Giftia that has machine like behaviour, vocalising an error message when she doesn’t understand something. That she alone does it, when no other Giftia does suggests it’s a cute personality quirk rather than genuine machine behaviour. 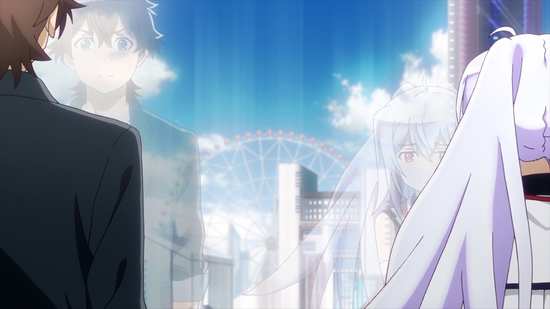 The romance is of the tired, predictable rom-com variety, with a hesitant Tsukasa looking for advice from his co-workers, plenty of awkward moments, clumsy interactions, at least one of those comedy falls where he winds up over her, gazing down into her eyes, before remembering where he is, backing away and apologising profusely. Isla is the quirky, cute girl in this relationship, uncertain about love, but trying to comprehend her feelings for him, and naturally her co-workers are simultaneously helping her, and protecting her from that ‘pervert’ Tsukasa. And the anime frontloads all this comic mayhem with a healthy expectation of tragedy, telling us that as a Giftia, Isla has just one month left to her, and Tsukasa has to make the choice whether to pursue his relationship with Isla, remain her partner, or save himself the eventual grief, and request another Giftia to partner instead. Naturally we go for the oncoming tragedy, else we wouldn’t have much of a series. 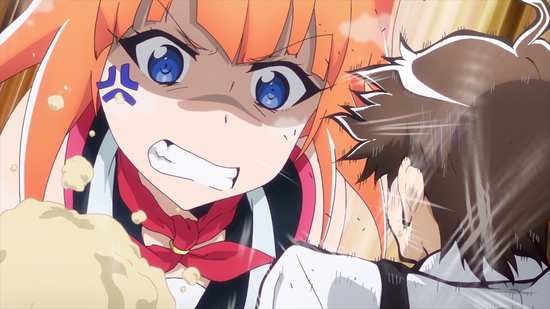 The first five episodes interleave the romance with the office work, but for the final two episodes in this collection, it’s all the usual romantic anime clumsiness of a typical rom-com. The premise is fundamentally flawed in Plastic Memories, but at this point in the story, it is watchable enough. While Tsukasa and Isla may be a clichéd anime couple, the story is still coasting on the strength of that opening episode at this point, while the supporting cast, particularly Kazuki who used to be Isla’s partner, and Michiru, who herself was raised by a Giftia have interesting back stories. But by the end of this collection, you can see that the wind has gone out of this show’s sails. We won’t have to wait long for Part 2 to see if it stays stuck in the doldrums or manages to pick up some speed again.