This is the review for the first Police Academy. Click here to go back to the front page.

Carey Mahoney is a bright, smart, likeable young man, albeit one with a tendency to pull pranks and a problem with authority. His attitude problem gets him arrested once too often, and it’s only through a policeman friend of the family that he gets a final chance. It’s the Police Academy or lock-up. Maybe 14 weeks of training and discipline will sort him out. The only sticking point is that he’s not allowed to quit. That isn’t much of a problem, as Mahoney’s the kind of guy who can get himself thrown out of an establishment in minutes. 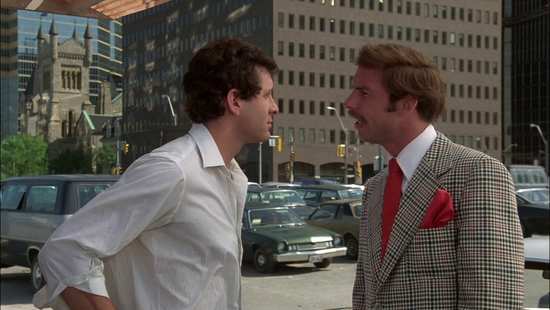 There is a problem though. The new mayor’s initiative that has allowed for someone like Mahoney to get into the Academy means that no longer are candidates restricted by background or physical attributes. They’re accepting anyone now, and Police Chief Hurst doesn’t want to see the quality of the police force diluted by undesirable elements. He makes it clear that those who don’t fit the bill should be encouraged to leave. While this may not be clear to Academy Commandant Lassard, Instructor Lieutenant Harris is on board right away. The only sticking point is that they can’t just throw the recruits out and blatantly undermine the mayor’s new policy, the recruits have to be ‘encouraged’ to quit by themselves. This is something that leaves Mahoney up a certain creek. But you can’t keep a self-respecting prankster down. 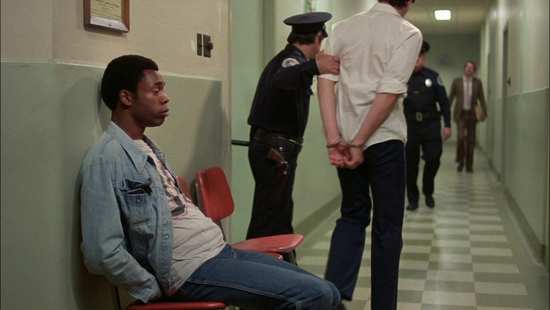 Police Academy gets a 1.78:1 widescreen 1080p transfer on this disc (Warners have a habit of opening out 1.85:1 ratio films to fill a 16:9 screen), and you have the choice between DTS-HD MA 1.0 mono English, with DD 1.0 mono French, German, Spanish, and Portuguese with subtitles in these language plus Danish, Finnish, Norwegian, and Swedish. If you’re looking for a fresh, clean print, a 4k restoration, and a film brought up to modern standards, you’re looking in the wrong place. Warners have simply found a clean enough print, made sure it’s free of print damage and obvious dirt, and just stuck it on a disc. This does have the bonus of meaning the film is here without post-processing and the kind of DNR that can detract from an image, but you do get the odd fleck, there’s a frame jump about 18 minutes into the film, and there is a noticeable flicker to go along with the grain. The audio is fine as well, the dialogue is clear, the music and action is effective enough, and that unmistakeable theme is done justice by the transfer. 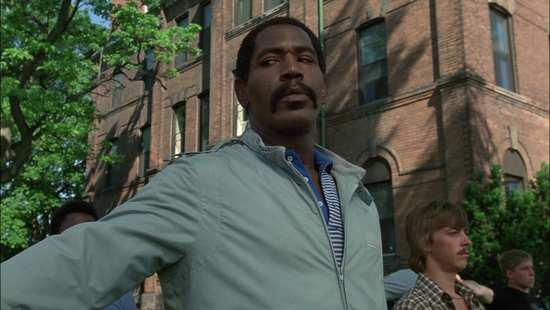 The disc boots quickly to a static menu. 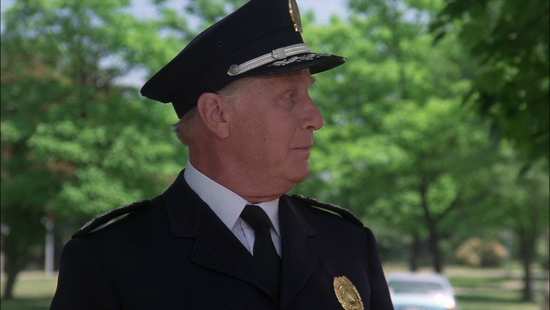 Behind Academy Doors: Secret Files Revealed lasts 30:25, and is a nice retrospective on the first film featuring the cast with crew.

Finally there is the theatrical trailer. All of the extras (except the commentary obviously) are presented in 480i SD, and are taken from the 2004 DVD release. 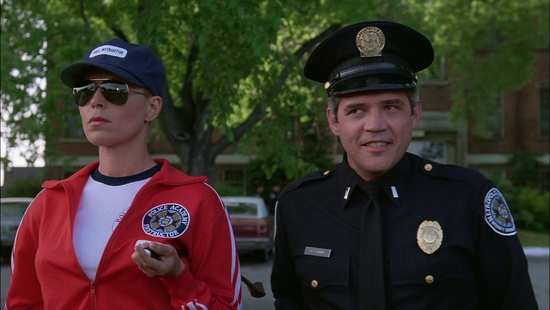 It took me longer than the opening credits to slip my mind back to the eighties, a fair bit longer to be honest. I was sitting there, arms crossed, stone-faced, daring the film to entertain me, despite the fact that I have wanted to re-watch Police Academy for some years now. Some aspects of the film have dated more than others and what was funny in 1984 could be considered offensive now; society has changed that much. Police Academy is a product of the age, so you have to make allowances for a little bit of racism, a fair bit of sexism, and a wodge load of homophobia driving its humour. But once I heard the sound of a pair of flies being undone in front of a podium, all bets were off. I was a teenager again, laughing ‘til my sides hurt. 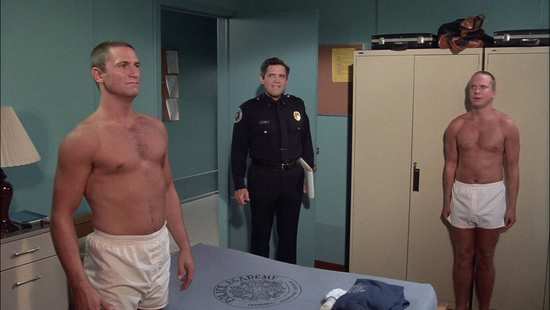 After that, the horse’s ass, even the Blue Oyster moments had me in fits, and I was also thinking back fondly to the start of the film, those scenes before the podium moment. Police Academy is crass and juvenile, but it’s fun and light as well. The characters are so well-defined and entertaining that it’s hard to actively dislike the film, even when it crosses a 21st Century social boundary. The characters are iconic even now, Mahoney with a twinkle in his eye, the vocally talented Jones, the trigger happy Tackleberry, the ominous but gentle Hightower, the soft-spoken Hooks, the dreamy Lassard, the statuesque Callaghan and the eternally annoyed Harris. 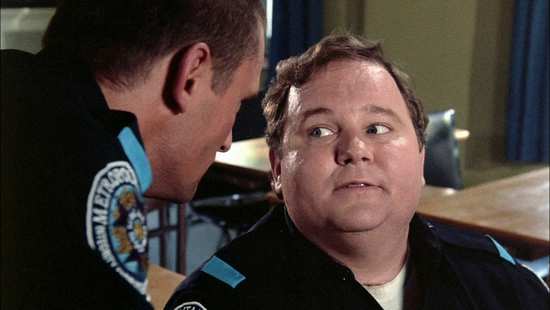 It plays out as a well-constructed slapstick comedy, although there is room for a little romance, thanks to George Martin and his harem, although mostly for Kim Cattrall’s Thompson and her relationship with Mahoney. The first Police Academy is the edgiest of them all, deserving a higher rating and having more in common with regards to sex and nudity with a film like Porky’s than it does with its sequels. And to remind us that police work isn’t all comic hi-jinks and pratfalls, things get a little serious towards the end of the film, demanding that our clowns become heroes for a little while. It establishes the formula that the subsequent films will follow. 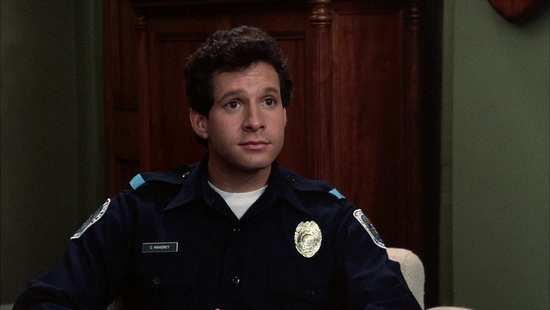 Police Academy still entertained me, just as I hoped, although I did have a little wobble at the start as it took me a while to get my head out of the here and now, and rediscover my inner eighties kid. The disc is nothing to write home about, but delivers a watchable high definition experience.