Review for I Want To Eat Your Pancreas

I did that ‘judging a book by the cover’ thing again, although with a title like I Want To Eat Your Pancreas, you’re probably thinking the same thing as I am... zombies. Let’s face it, anime loves the undead, and with shows like Is This a Zombie, High School of the Dead, School-Live, Sankarea, Kabaneri of the Iron Fortress, and Tokyo Ghoul on my shelves, it’s easy for a little film to get lost in the cracks. This spring, there are two shows, Calamity of a Zombie Girl and Zombie Land Saga coming out within a week of each other! We’re overstuffed with zombies in anime. But in the end, I Want To Eat Your Pancreas isn’t a horror movie, and it instead belongs to rather rarer subset of the true life drama genre. You won’t have seen much like this 2018 film before, although the story was made in live action form as Let Me Eat Your Pancreas in 2017. 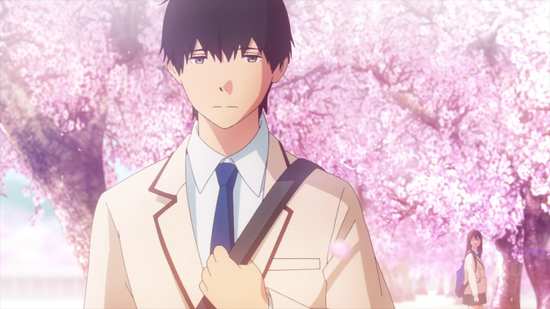 He’s waiting in hospital to get his appendectomy stitches removed, when he picks up a diary, with ‘Living with Dying’ written boldly on the cover. The diary belongs to classmate Sakura Yamauchi, and now he the only one outside of her family that knows she’s dying of a pancreatic disease. She’s surprised to see his lack of response, no sympathy, and no heartfelt platitudes, just quiet acceptance. Then again, he’s the bookish loner in school with no friends and no one to talk with. He just spends his time in the library, or buried in a book, eschewing human contact. 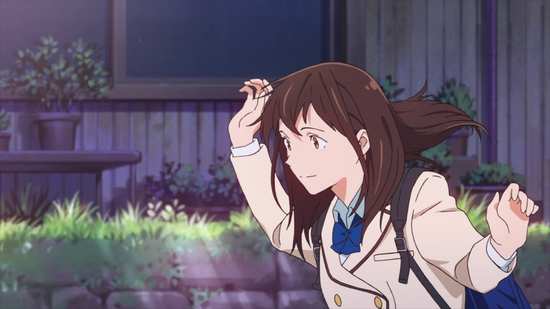 Sakura’s determined to live her remaining days to the full, has a bucket list that she wants to complete, and seeing how he treats her with truth and reality, she decides to share her final days with him. He’s initially reluctant to do so; especially given he’s now the centre of attention in class when Sakura suddenly starts spending her time with the class weirdo. But the more time he spends with her, the more he starts to change, and so does Sakura. 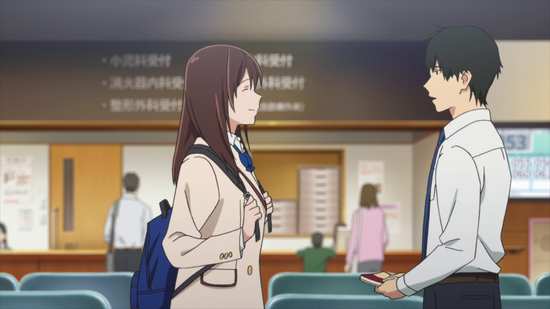 I Want To Eat You Pancreas gets a 1.78:1 widescreen 1080p transfer on this disc. It’s a Madman transfer of an Aniplex title, so you can expect some serious production value from the animation. The character designs are appealing and memorable, with one eye to realism, while the world design is colourful while detailed and again, realistic. There is a bright, ebullient feel to the animation that is reflective of its bright, optimistic storytelling. The transfer does all this justice, clear and sharp, with strong colours and smooth animation. Detail levels are excellent, and the only niggle might be a little extra brightness to the image, the kind of brightness that renders blacks just a little less black. 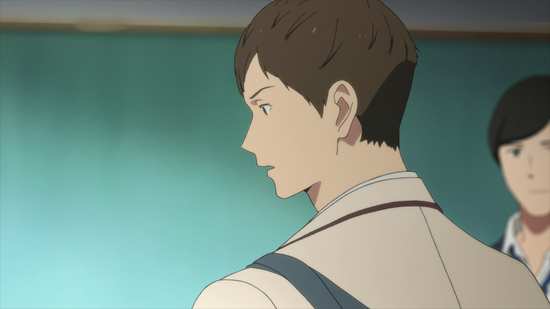 You have the choice between DTS-HD MA 5.1 Surround English and Japanese with optional translated subtitles and a signs only track. I was happy with the Japanese audio; the dialogue was clear, the music was peppy and once again, reflected the tone of the story, and the surround was used to nice and immersive effect. The subtitles were timed accurately and were free of typos. 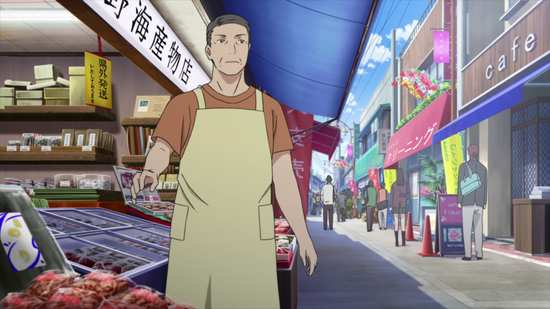 The disc boots to a static menu.

On the disc you’ll find 9:21 of Trailers and Commercials (Japanese and English Versions), the Textless Opening (1:40), and the Opening Theme Song “Fanfare Anime Film (3:12). 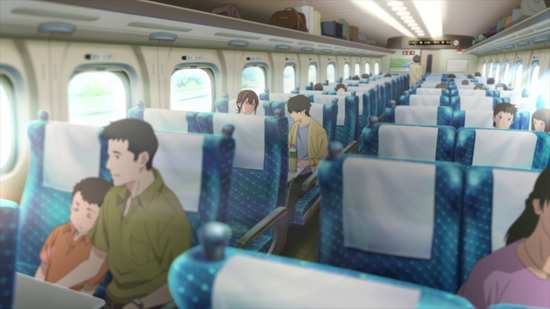 A little more informative might be the Theatrical Release Special (11:42), which is a stage event featuring the cast and crew in a little Q&A.

There are the English Dub Bloopers lasting 2:48, and finally there are Madman trailers for Fireworks, Miss Hokusai, and Your Name. 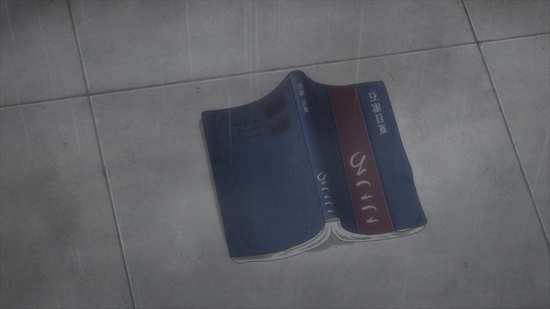 If the synopsis above isn’t enough to warn you, I’ll just reiterate what should be common knowledge by this point. Watching this film means that you enter into a contract with the filmmakers to have your emotions manipulated with the ultimate goal to elicit tears and even sobbing. If you fail to do that, then you might find I Want To Eat Your Pancreas as excessively, and obviously manipulative, and you wind up watching for the puppetmasters tugging at the heartstrings rather than the story itself. 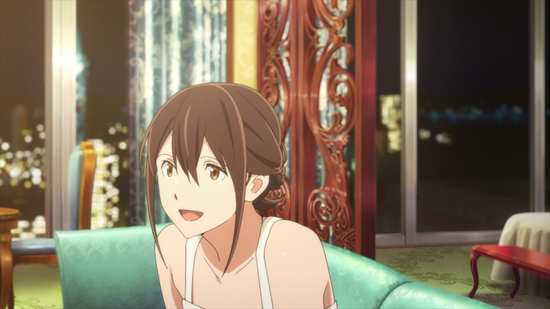 The story really is quite involving if you let it. Sakura early on is presented as a girl who has apparently come to terms with her diagnosis, yet has tired at the overprotective sympathy of her family to the point where she has refused to tell anyone else, lest they start looking at her differently, least of all her best friend Kyoko. She’s instead single-minded in living her life to the max, has a list of things that she’s determined to do, and in the film’s nameless protagonist, she find someone to share that with. For he’s an outsider and a loner, who escapes to his books rather than interact with people, and he lacks the social skills to supply the usual platitudes when he learns of her diagnosis. That’s refreshing for her, so he’s the one that she’s chosen to share her last days with, no matter how it looks to anyone else such as Kyoko or her ex-boyfriend. 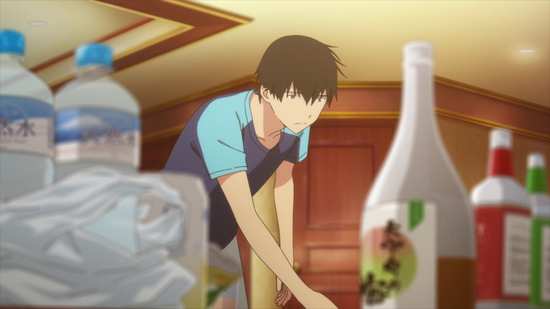 Much of the film is devoted to the two of them spending time together, making the most of things, and slowly becoming friends, and learning from each other. He gradually starts to relate to others, while she starts to see that she can define herself without doing so in terms of other people. She can be Sakura, and not just the daughter, or the girlfriend, or the best friend, or the patient. It’s nice character development and even if the film does so through the usual anime clichés (Sakura and the protagonist briefly and clumsily flirt with romance), it’s still effective. 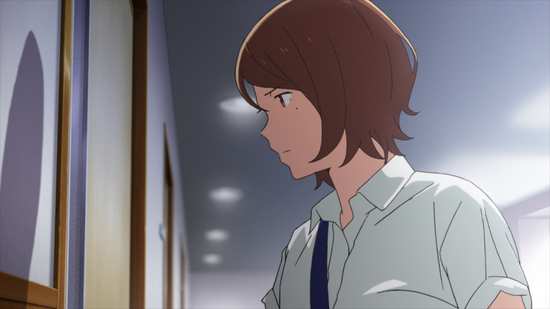 But then there is the final act, and I Want To Eat Your Pancreas takes a turn which you might appreciate, or it might throw you out of the film completely, make you feel as if your emotional investment in the characters and the story has been betrayed. That is certainly how I felt about it, and the conclusion of the film left me cold. These sort of emotional dramas have a certain rhythm and structure to them, an emotional journey on which the storytellers hold your hand, guiding your emotional response and allowing a cathartic release that makes you feel better by the end credits. In this film, it’s as if the creators got bored with that, and wanted to take a shortcut to the end. I couldn’t help but feel cheated. Maybe that’s the point of the film, a doubling down of the message that whatever plans you make will be undone by fate, but it left me feeling bereft to such a degree that I contemplated watching Grave of the Fireflies to make me feel better. 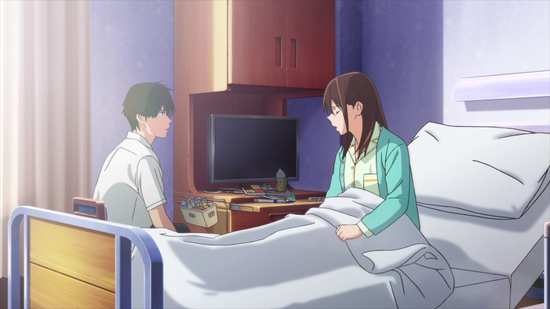 I Want To Eat Your Pancreas occupies a niche genre in anime, but it isn’t alone. That’s why I can recommend Your Lie In April if you are in the mood to watch such a story, as that series accomplished its cathartic effect far more deftly than this film. I Want To Eat Your Pancreas is quite a good film until the last act which threw me completely, which is why I rate it more highly than I otherwise would.