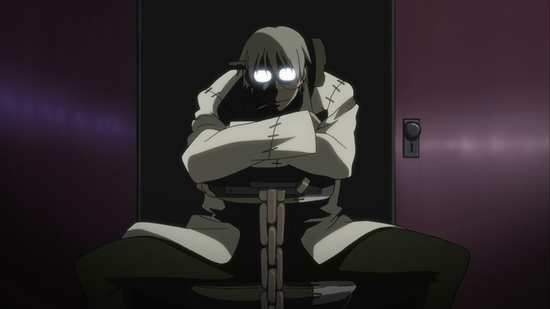 Despite what the naysayers would have us believe, we really do live in great times for collecting physical media. I can clearly recall the days when Manga entertainment would ration their releases to a mere three episodes of a series per DVD and release them in tedious instalments that demanded patience and lots of cash to enjoy. Now entire series are released in a single set. Luckily for me, our in-house anime expert, Jitendar Canth, has already viewed and reviewed ‘Soul Eater’ on Blu-Ray here, so he passed on the Manga Entertainment UK complete series release to me for fresh assessment – all 51 episodes. 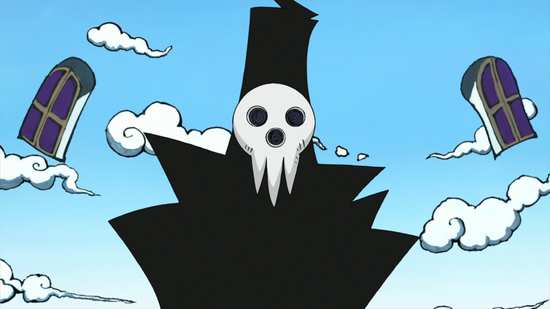 ‘Soul Eater’ is a weird one for me. At first, I wasn’t convinced that its hyper-stylised, gothic street-punk look, with smiling moons in the sky and skeletons that make He-Man’s Skeletor look positively sophisticated, were going to work. But once you get past that, and into the series, it all comes together as a very pleasing approach. Its distinctive look was very much part of Ōkubo’s original manga, but has been brought to life by Bones, a studio renowned for its edgy approach to anime. So think dark and gothic but with goofy comic book humour and you’ll get the idea. In any case, the series came hot on the heels of Bones shows like ‘Fullmetal Alchemist’ so you know you’re in for a treat. 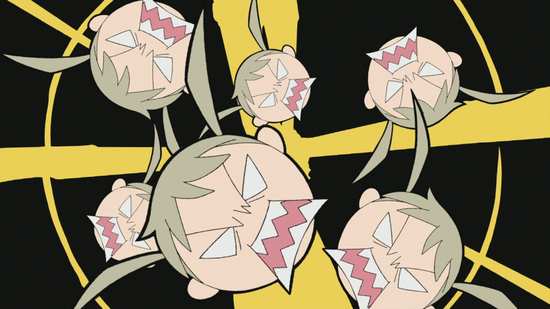 Now over a decade old, the series was a great success when initially released and, having now watched the entire series, it’s easy to understand why.

Very few TV shows could completely take you from one form of reality into a new one as successfully as this series. Before long, you’ll think there’s nothing odd about a world where people are born with the ability to transform their fighting partners into an intelligent weapon, like a magical sword. These ‘meisters’ are trained at a school (run by Lord Death, AKA Shigami, and named ‘Death City’s Death Weapon Meister Academy’) where they learn to consume corrupted souls and take out witches. You may even accept without question, as I did, the idea that, when a student has consumed 99 souls, and one witch’s soul, they get to become one of Lord Death’s personal weapons (a ‘Death Scythe’) which is a great honour. Confused? Watch it and you won’t be. I promise. 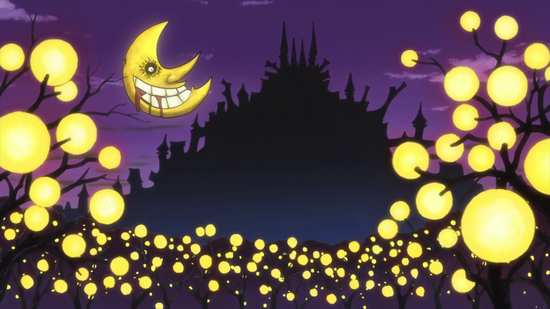 The series starts by introducing its main protagonists; namely three sets of student partners. There’s cute Maka Albarn and her scythe partner, the street-cool ‘Soul Eater’ who make a formidable pair when they fight together and stop arguing. Then there’s the incredibly big-headed assassin, Black Star and his very patient partner, Tsubaki Nakatsukasa who just sighs every time Blackstar proclaims himself to be the greatest, which he does with alarming regularity throughout the show. And finally, there’s Lord Death’s (AKA Shinigami) own son, Death the Kid, and his perfectly matched pistol partners, Liz and Patty Thompson who provide much of the shows humour in so much as he cannot stand anything that doesn’t appear to be visually balanced (hence the twins as weapons). He would (literally) rather die than lose visual symmetry. 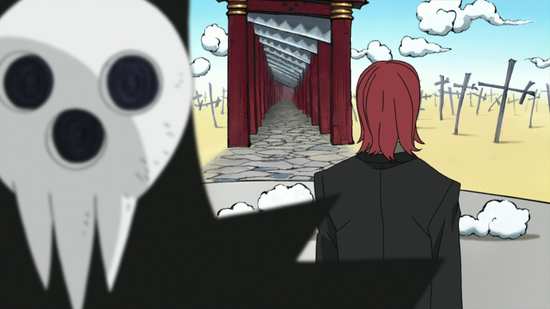 Once the characters are properly established, with some basic training by way of illustration, the epic story begins (we’re talking several episodes in by this time). ‘Soul Eater’ is another in a long-line of so-called Shonen anime which take place over an extended period of time, and is somewhat epic in its proportions. However, although the series is a giant, ever onward narrative , it is by no means hard work and each episode can be enjoyed, to a large extent, in its own right. As they do such a great job of setting up the general conceit, it’s a fun and, to a large extent, easy watch. 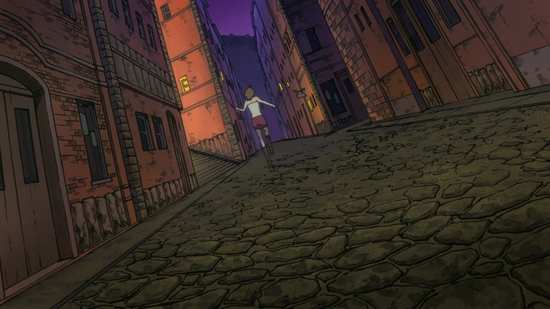 Condensing 50+ episodes into a short, meaningful summary, without spoilers, was never going to be easy. But as I know some folk will want a good idea of what to expect before shelling out on the set, here goes.

Maka Albarn and Soul Eater, her giant scythe weapon, thought eating the prequisite 99 souls would be simple (and based on early evidence, it should be) but consuming a single witch's soul is proving more complex. After a few botched attempts by the team including one by Black Star which he abandons when realising the witch is a mere child, and another aboard a ghost ship. When they accept a mission which takes them to Italy, they find themselves caught up with the diabolical plans of a witch called Medusa. She is trying to revive an evil being (the Kishin) that became an insane demon after devouring the soul of innocent humans. 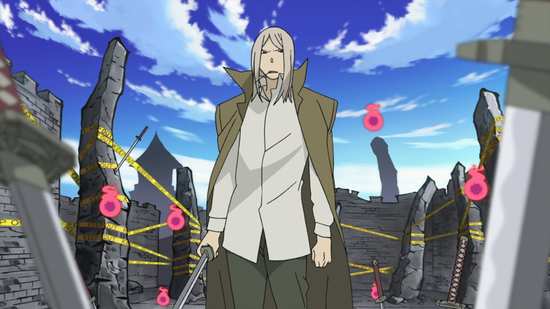 This involves battling Medusa’s child, Crona Gorgon, a strangely lacklustre individual with enormous powers, but a rather melancholy outlook. She has all the traits of an abused child (well, her mum is an evil uncaring witch after all) and has never experienced any form of friendship. Crona is a meister to the demon sword, Ragnarok, a mighty weapon despite its meister’s feeble appearance.

When Maka and Soul return to Death City, they’re teamed up with the exuberant Black Star and Death the Kid, along with their weapons, to fight the evil Medusa and her horrible plans. They are accompanied by one of their tutors; the laid-back, chain smoking Franken Stein (yeah – we get it) who gets as involved as the team in the initial battles. 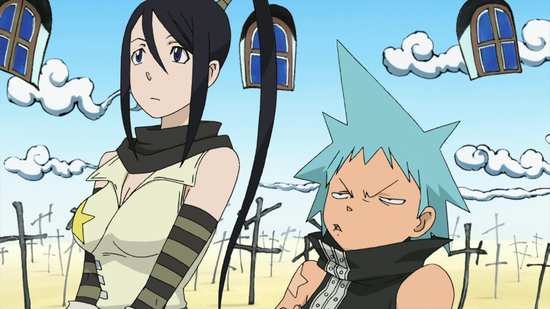 Despite their best efforts, Medusa's group successfully revives Asura, who leaves to spread chaos around the world after a brief battle with Shinigami (Lord Death). Medusa is seemingly killed by Maka and Franken Stein, while Crona surrenders and actually enrols at the school, becoming friends of sorts with Maka.

As a result of Asura's spreading madness, Medusa's sister Arachne comes out of hiding and reforms her organisation, Arachnophobia, which poses a serious threat to the team. Shinigami calls in death scythes from around the world to aid in the fight against Arachnophobia. 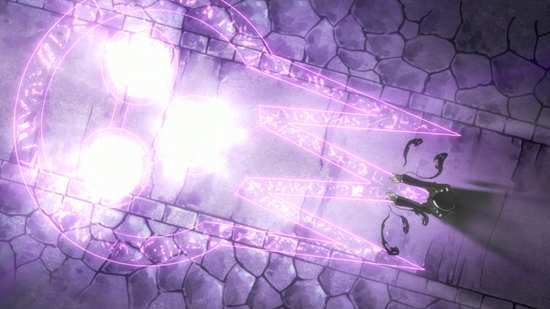 Medusa reappears with her soul possessing the body of a young girl, and forms a truce with the school so they can annihilate Arachnophobia together. The DWMA students and Medusa's entourage infiltrate Arachnophobia's headquarters, where Maka kills Arachne, only for Medusa to betray them. She then possesses Arachne's body, and brainwashes poor Crona into rejoining her. 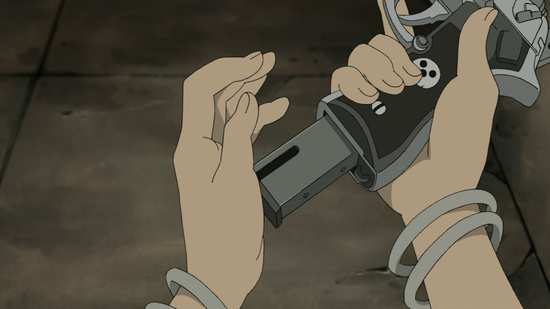 Meanwhile, Death the Kid is captured by Noah, an artificial construct created from the Book of Eibon. Maka uses Arachne's soul to turn Soul Eater into a death scythe and the duo become part of the newly formed meister unit (Spartoi) along with their friends, who rescue Death the Kid and defeat Noah. 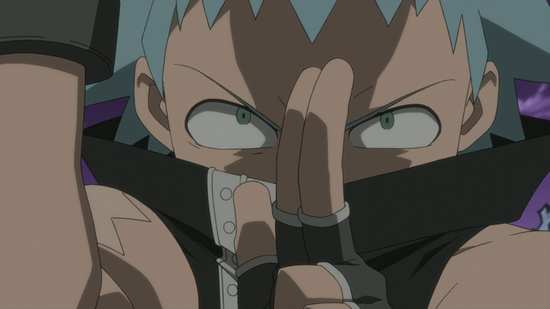 Crona resurfaces in a city in Russia and sets about destroying it, before being provoked by Medusa into killing her and getting taken by insanity. Maka is ordered by Shinigami to hunt down Crona and while searching for her, she unwittingly detects Asura's location on the moon – a weird, stylised cartoonish thing that has been there since the start of the series. The school launches an attack on to defeat Asura, aided by the witches after Death the Kid convinces them to establish a temporary alliance. 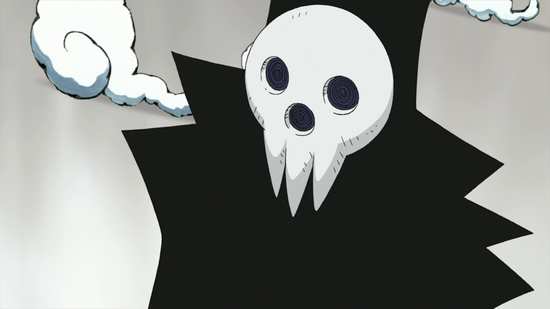 There is a nice resolution to all this mayhem (which I won’t add here as it may spoil things too much) but a lot of loose ends get tied together and, despite some sadness along the way, to a large degree it’s a satisfying happy ending, befitting the length of time it takes to get there.

As the show progresses, and we get to know the characters better, it’s really easy to warm to them all, despite their flaws. Maka seems the least ‘together’ but shows herself to be determined and courageous; Soul is supposedly cool and aloof but is actually incredibly loyal; Black Star is an incorrigible show-off but this is explained away by his tutor as a coping mechanism to overcome his own fears; Death the Kid is just quirky as hell with his obsession with symmetry and his two pistol packing mamas are hilarious in their complete disregard for danger. 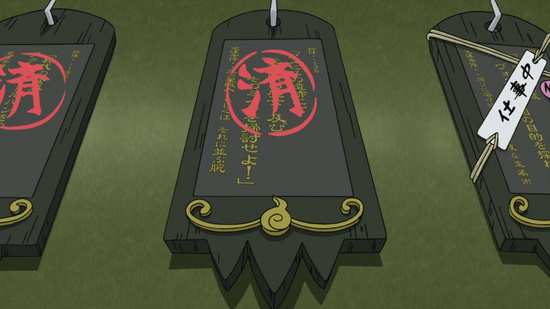 In fact every character in the show has depth and humour, including all the peripheral ones, like the mighty sword Excalibur who turns out to be an annoying dwarf that is actually quite a pain to be with, really puncturing the usual pomposity of such epic tales. It’s a lot of fun.

The whole look and sound of ‘Soul Eater’ is very stylised and unique, albeit within the usual accepted tropes of manga and anime. 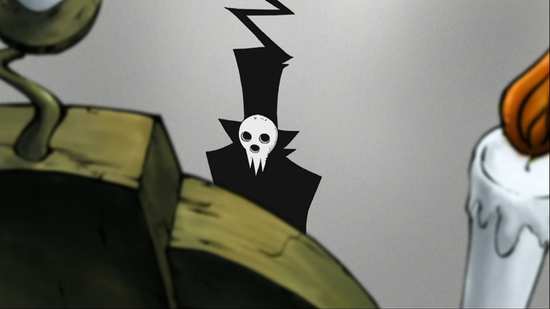 It has a very funky soundtrack, composed by Taku Iwasaki. Most notable is the theme for Soul (the coolest character in the series) ‘So Scandalous’ or ‘Psychedelic Souljam’. The title themes (which change for part two) are a little more rock oriented and will get under your skin, and into your dreams, as they always seem to – for me anyway.

You get two language options; the original Japanese with subs and an English dub. I opted for the latter which was really top-notch. All audio, unlike the previous DVD releases, is lossless so sound quality is excellent. 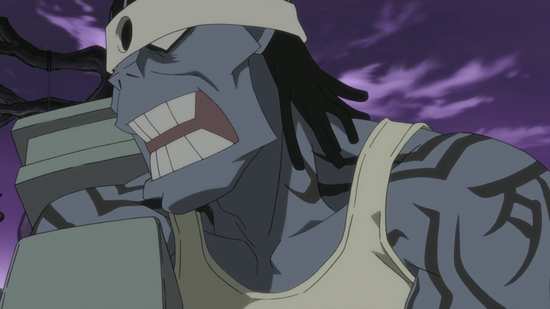 The series comes with, not only the two series in a single set (The ‘Meister’ and ‘Weapon’ collections) but a few worthwhile extra features too. There are a handful of audio commentaries; featuring the US voice director, Zach Bolton, as well two members of the US voice cast, including Laura Bailey (Maka), Micah Solusod (Soul), Vic Mignogna (Death Scythe), Chuck Huber (Frankie Stein) Luci Christian (Medusa), Cherami Leigh (Patty), Todd Haberkorn (Death the Kid) and Jamie Marchi (Liz). They’re OK if you really want to hear how much the US cast enjoyed doing it (and how much they want to do any future work) but not particularly insightful. I only partly listened to most of them. 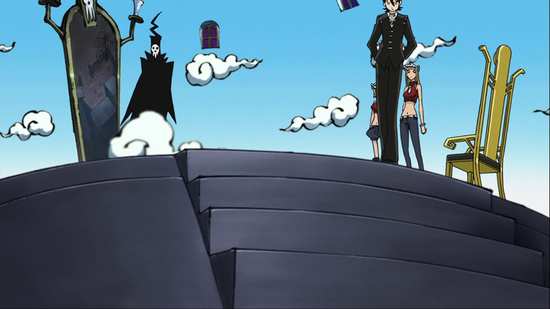 Also included are most of the ‘Soul Eater Late Show’ segments which are mini-trailers, often highlighting the more risqué elements of each episode, and each lasting for 90 seconds. Viewed in one chunk (well, two actually as 25 can be found on one disc and a further 23 on another) they can get a little tedious, but they work just fine at the end of each episode. The extras are rounded off with the usual mix of trailers and textless openers and closers. 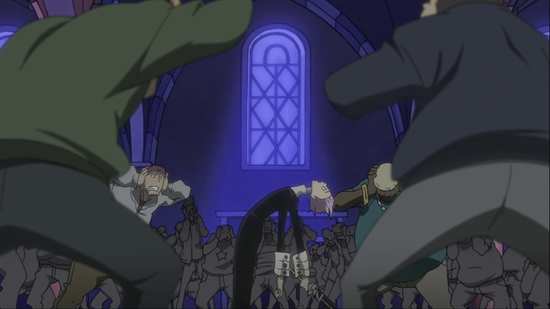 Although the series is a decade old, and was clearly never produced in HD, the quality on the discs is surprisingly pleasing – especially with 9 episodes or so crammed on to each disc. Clearly up-scaled, it has been masterfully done with very few signs of digital blocking. Well, none actually. 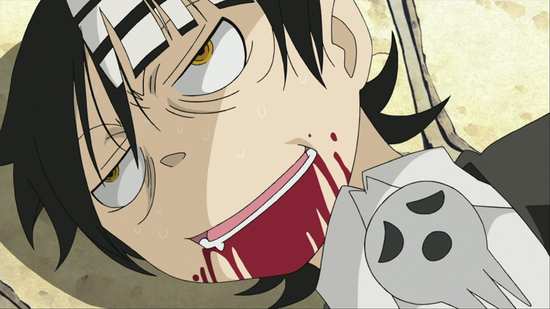 ‘Soul Eater’ is a damn fine series. Far from becoming tedious, its 51 short episodes will keep you entertained from the first taste to the very last drop. Its unique, highly stylised look just adds to the series’ personality and wit. A series well worth picking up.