“They say good things come to those who wait”. Whoever came up with that trite little homily didn’t have the human lifespan in mind when they did. I bought Local Hero on DVD back in 2002, less than a year after its 2001 release, and my first impression of it was that it would do until something better came along. Always in the back of my mind, when I was trawling the retailers and the Interweb was finding a copy of Local Hero that didn’t have a mere letterbox transfer on a barebones disc. An anamorphic disc was subsequently released but that was about as much care as the film ever got. Besides, by that time, the world was turning High Definition, and DVDs just didn’t cut it anymore. I was waiting for the Blu-ray! Slow-mo forward to 2019, and just like the proverbial bus, we get two at the same time, a Region A release from Criterion, and a Region B release from Film4, both mastered from a new 2k restoration, and both with lavish, and partially mutually exclusive extras. 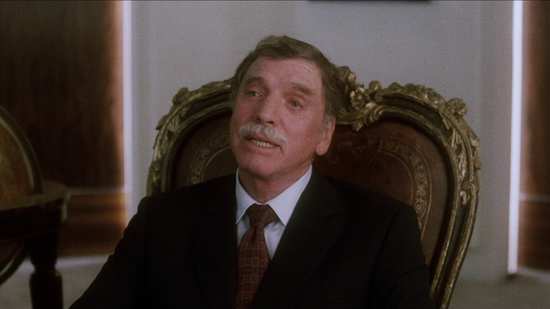 Eighteen years! Lives can drastically change in that time, trivial mental notes about home cinema can be washed away by the tsunami of real life, and quite frankly, tastes in home entertainment can change. We don’t live in idyllic Scottish seaside villages where life goes on unchanging for years on end, although once you watch Local Hero, you’ll wish that you did. Even after eighteen years, the announcement of a Local Hero Blu-ray release got me pre-ordering it months in advance. 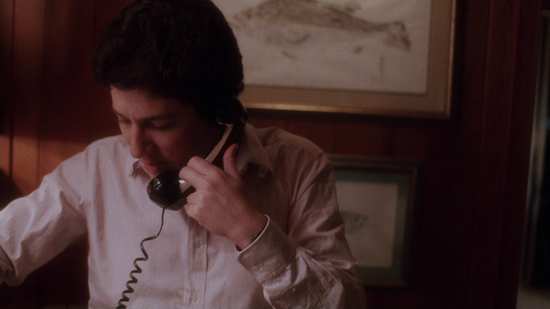 Knox Oil is all about expansion, about exploiting that precious resource before it all runs out, and key to their plans is a massive facility to receive, process, store and ship petroleum products in Ferness, Scotland. Of course they have to own Ferness in Scotland, which means buying the village, the beach, and all the land. The eccentric chairman Felix Happer has just the man for the job, and it will be a chance for MacIntyre to visit the ‘old country’. But Happer has another job for MacIntyre as well. 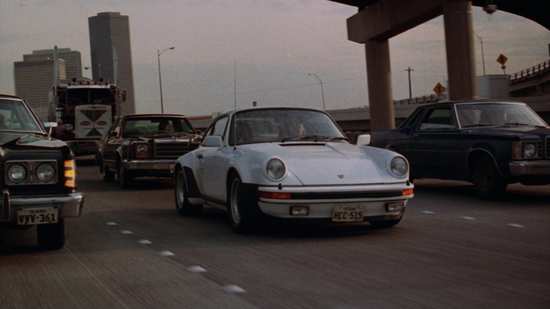 MacIntyre is a modern man, always on the move, always about the next deal, and he prefers to work electronically, over the phone, over telex... Actually going to Scotland and partaking of the small town charm is something he’s not prepared for. The villagers are prepared for him, canny, and with pound signs in their eyes, and in hotelier, lawyer, barman, and occasional taxi driver Gordon Urquhart, MacIntyre may have met his match. But it looks like a deal is inevitable, one that will make everyone happy, except no one has accounted for beachcomber Ben Knox. 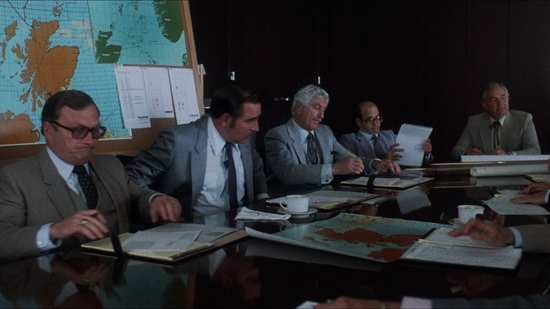 Local Hero gets a 1.78:1 widescreen 1080p transfer. You have the choice between DTS-HD MA 5.1 Surround and PCM 2.0 Stereo English, with optional subtitles. The film got a 2k restoration for this release, and it looks really nice, stable, and free of print damage. The contrast is good, detail levels are strong, and I suspect that any softness there might be is more in the source material than the transfer. This is after all a film from 1983, and not exactly a big budget extravaganza. Colours are somewhat subdued and autumnal, although the signature telephone box is a vibrant presence. Local Hero looks properly filmic, with a nice level of grain. The audio options may be between surround and stereo, but both feel rather front focussed and mono to me, with the surround really only throwing some of the music score around. There’s not a lot in it, but I did prefer the surround track. I did feel as if the dialogue was a little subdued in the mix, certainly I had to go back and flick on the subtitles more than once during the film. The subtitles themselves are a little disappointing, looking more at home on a DVD than a Blu-ray. 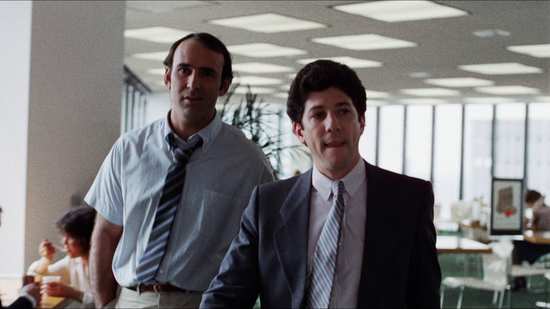 You get 2 discs in a BD Amaray, and the first print run gets an o-card slipcover repeating the sleeve art and blurb, as well as five postcards (4 B&W stills, and the film’s poster art).

On the movie disc, the sole extra feature is the audio commentary from director Bill Forsyth and critic Mark Kermode. I can’t remember the last time I had the time to sit through a complete audio commentary for a feature film, but I made the time for this one, and it was worth it. Admittedly, it does sound for much of the time like two men watching a film, but Mark Kermode knows the right questions to ask to keep the commentary flowing. There’s much of interest here and well worth listening to. Interestingly, they make reference to a BBC Culture Show episode that they both appeared in celebrating the film’s 25th anniversary, going back to the original locations, and I would have hoped to have seen that, but oddly it’s not on this disc, and neither is it on the Criterion release. 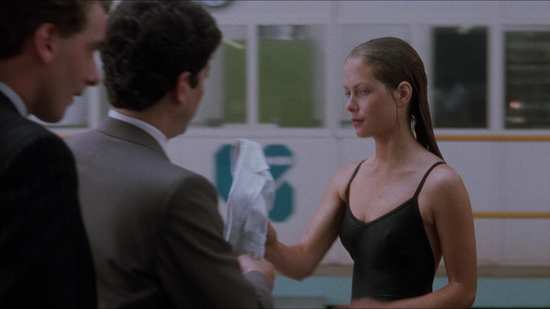 Getting in on the Action is a behind the scenes look from 1982, which sees the National Film School in Pennan where the village scenes were shot. This is more from the perspective of the locals, and there is some interesting politics going on in the community. This lasts 35:26. 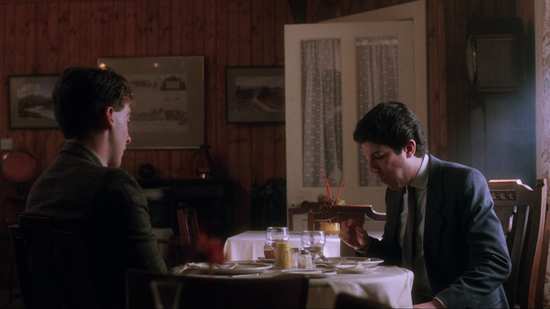 The Music of Local Hero is an interview with Mark Knopfler which was filmed this year, and it lasts 13:35. This is in 1080i.

The sole 1080p featurette is A Conversation with Peter Capaldi and Gordon Sinclair from 1982 during the filming of the movie. It’s an amiable chat in a pub. 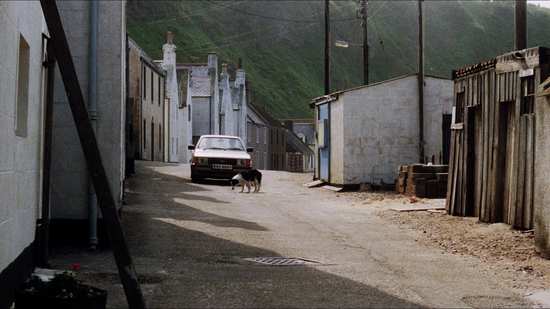 The South Bank Show: Making of Local Hero (50:20) is intriguingly introduced with a disclaimer that it’s been modified from the original broadcast, which instantly begs the question as to what has been changed. It’s a fascinating behind the scenes piece, focusing mostly on the producer David Puttnam and the director Bill Forsyth, but there is input from the cast as well. You might think it’s the usual making of, but there is a different tone from a show made in 1982 compared the usual EPK that we usually get, and there was a fascinating bit on the film’s promotion, which modern behind the scenes looks usually leave out. There is some interesting poster art posited for Local Hero that’s worth a second look.

Finally there is the original theatrical trailer, which lasts 2:02. 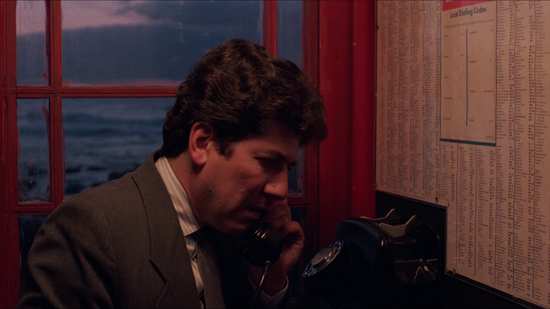 I still love Local Hero. It’s one of my favourite films, and I love even more the fact that it’s finally got the presentation it deserves on this Blu-ray. But after eighteen years, I find that it’s become even more poignant and meaningful in the modern world. We’re living in the era of climate change, and I find that its subtle, understated eco-message is even more effective. The Knox promo video at the start of the movie, promoting oil exploration and exploitation, exhorting the company and its investors to get at all the oil before time runs out has a wholly different meaning now than what it did back then, when it was merely referring to oil as finite resource. Now, time running out has a different, more ominous complexion. 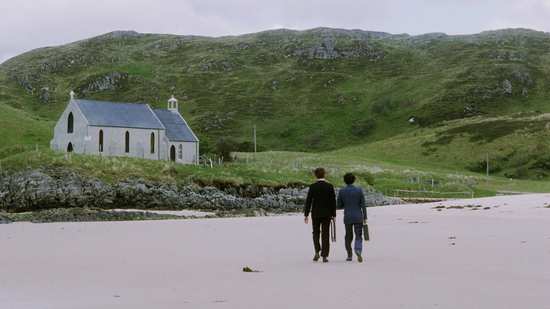 The tale of the oil company executive sent to buy a chunk of Scotland to build a refinery, and instead falling for its ethereal charms and rugged nature has added meaning in a world where we’re finally counting the cost of man’s exploitation of fossil fuels, and trying to preserve what little we have left. Of course Local Hero completely underplays it; it’s practically all subtext underneath the warm, gentle character comedy that is at the heart of the film. 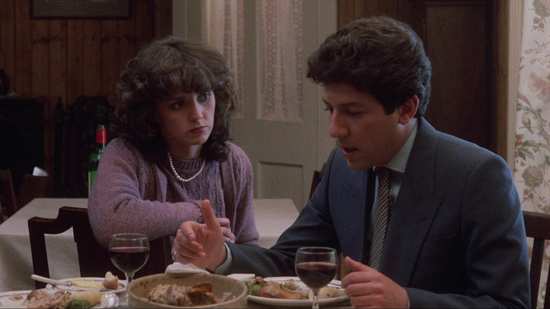 It is a modern day (modern for a 36 year old film) take on the old Ealing comedies, where absurd turns of fate turn small closely knit communities upside down with hilarious effect. It’s populated with delightful, quirky and effervescent characters, and every scene is a delight, every turn of phrase a charm. It also has one of the most apt, and magical music soundtracks in many a film. It’s surprising that Mark Knopfler’s score doesn’t make more best of lists. 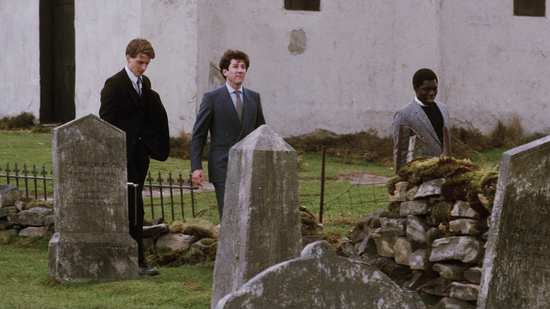 It is for me still, the ultimate feel good movie. You have this worldly, and cynical executive who lives his life at a remove, sent to this small seaside village in Scotland to make a deal. Initially it’s something that he just wants to get done, but there is that imperative by his boss to look up at the night sky. That’s enough to awaken him to the magic of the place, and the film follows him as he loses his cynicism, and begins to doubt his ‘mission’. At the same time, we meet the naive locals, naive in the minutiae of the outside, cosmopolitan world, but canny enough to know that they are poised to become filthy rich. They may be complicit in welcoming MacIntyre into their world, getting him to fall in love with the village, but it’s only a means to a lucrative end for them. You have this wonderful collision of characters pushing in different directions, and then you have the sage-like Ben Knox, and the clandestine dreamer Happer, Peter Capaldi in an amazingly assured first screen role, the enigmatic Marina; the film is an embarrassment of riches in terms of character. 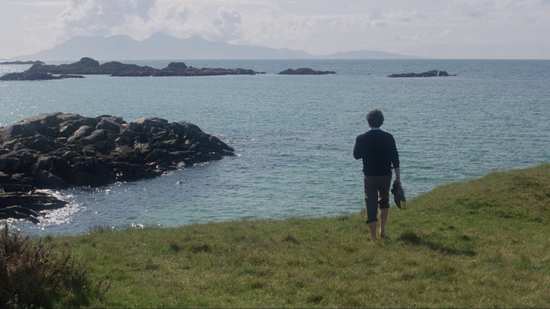 Best of all, you can finally watch Local Hero as it was meant to be seen, in a format that does justice to its magical and gentle cinematography, the breathtaking locations, and the deft visual humour. Sure, you could always ask for more, but I am delighted with this Blu-ray presentation, lavish with extra features, all well worth watching.