From such innocuous seeds do interminable long running shonen action series sprout. When I first encountered Black Clover, I didn’t think much of it, not helped by a main character that combines the worst aspects of Naruto Uzumaki and Natsu Dragneel with the volume knob turned up to eleven. But as the show has unfolded, it has crafted a compelling story, peopled with likeable characters (including the bratty Asta), and while it hasn’t yet delivered the knock-out blow that will cement it as another addictive classic, it is shaping up to be quite the enjoyable series. This month, Manga Entertainment bring us the penultimate instalment of the first season. 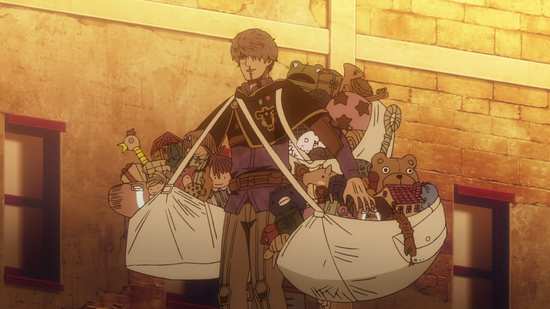 Asta and Yuno are both orphans, abandoned on the same day, found, taken in and raised by the church in the village of Hage; in a mediaeval world where magic is a commonplace reality. They could have been brothers, only they grow up as totally dissimilar. Yuno is calm, and level-headed, while Asta is brash and loud. Everyone has some magic in this world, everyone that is except Asta, who has grown up unable to conjure even the smallest spell. This wouldn’t be a big problem, except that both Asta and Yuno have sworn to become the Wizard King, the most powerful mage in the land, by becoming Magic Knights and distinguishing themselves. 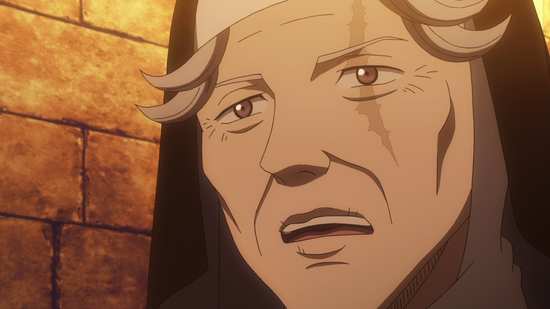 No one expects much from Asta, and on their coming of age ceremony, where they get awarded Grimoires matched to their ability, it’s Yuno that gets the rare four-leafed clover Grimoire that the legendary first Wizard King had. But when it comes to Asta, he receives an unprecedented five-leafed clover Grimoire, a power that isn’t exactly magic the way everyone recognises. 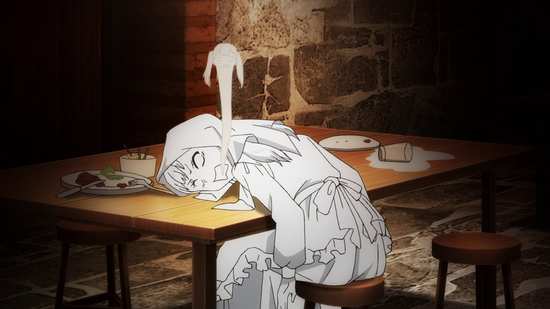 10 episodes are presented across 2 Blu-rays from Manga Entertainment as follows. 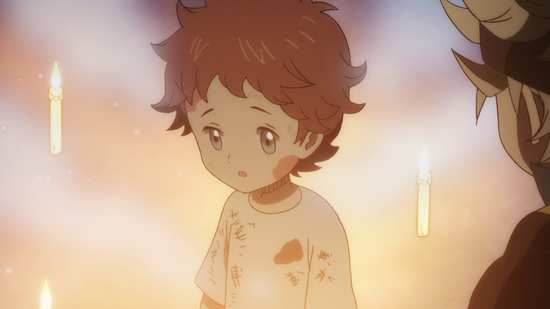 Black Clover gets a 1.78:1 widescreen 1080p transfer. The image is clear and colourful, and brings the anime across with no visible compression or aliasing, and with no sign of digital banding to my eyes. The animation is smooth-ish, although that is down to the source rather than the transfer. This is one anime where frame rates drop to single digits at times. The character designs are pretty generic, and it seems that the majority of the budget went on the digital effects applied to the magic sequences. 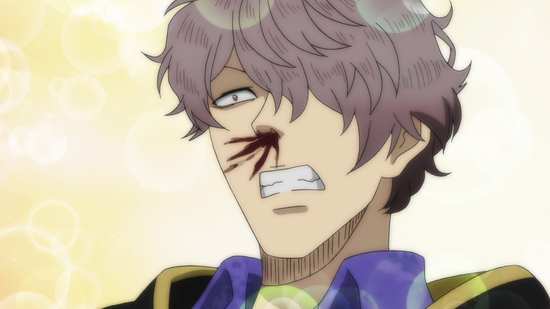 You have the choice between Dolby TrueHD 5.1 Surround English and 2.0 Stereo Japanese, with subtitles and signs locked to the appropriate track. I watched Black Clover in English. Yes, you read that right. This inveterate subtitle fan chose to watch an English dub of an anime. That’s because the Japanese voice actor behind Asta, Gakuto Kajiwara, has a quality to his performance that I suspect can only be elicited by genital torture, and Asta’s Japanese voice inflicts that same torture to anyone who hears it. Give Dallas Reid credit, the English voice of Asta, for trying to match the same ‘cat through a mangle’ quality of the original in terms of loud and screaming, but he can’t even manage to be a tenth as annoying as the Japanese. The rest of the dub is passable; Black Clover is a long running show which doesn’t really shatter the budget in terms of production values, and the repetitive nature of the dub translation is typical shonen, and quickly gets tedious. The audio is fine, without any glitches or dropouts, while the subtitles are accurately timed and free of typos. 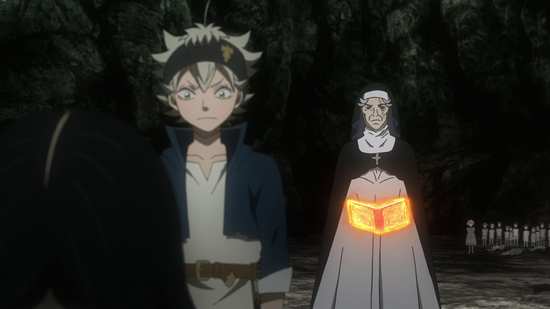 Disc 1 autoplays a trailer for Funimation Now and has an audio commentary on episode 33 with ADR Director Cris George, Dave Trosco (Gauche) and Apphia Yu (Marie).

Disc 2 has more than the usual extras on a Funimation/Crunchyroll disc. 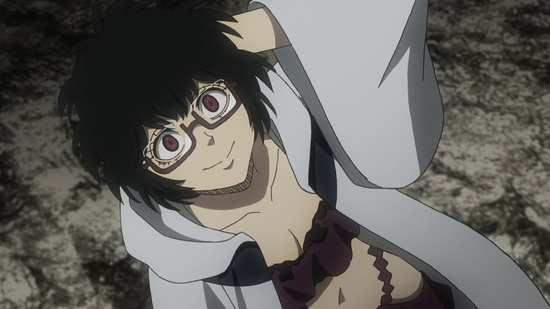 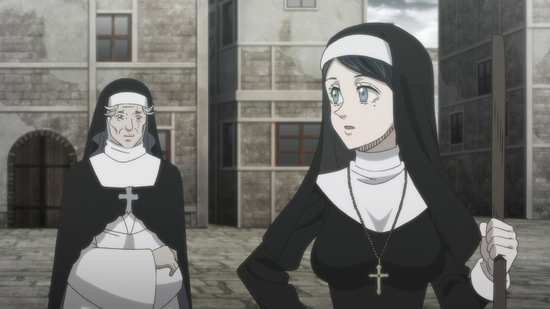 There is an audio commentary on episode 37 with Anthony Bowling, Assistant ADR Director, Dallas Reid (Asta), and Brandon McInnis (Finral). 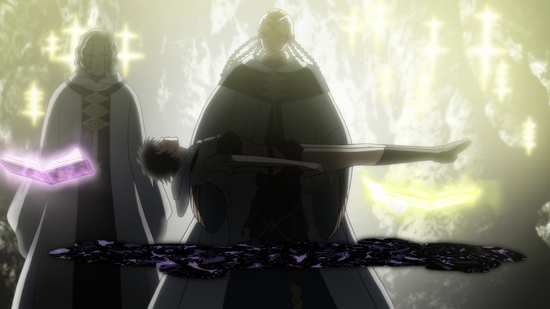 When I first saw the episode count on Part 1 of Black Clover, I must admit that my blood pressure went up by a fraction, the prospect of shrink-flation hitting the anime industry irritating me just as much as the experience of watching the milk chocolate Hob-Nobs packets shrinking in the supermarket aisles. But it turns out that these nine or ten episode chunks for Black Clover are quite apropos, and at least you get more than the expected allotment of extra features to numb the pain a bit. Each of these part sets of Black Clover has covered a meaningful story arc. The first followed Asta and Yuno’s induction into the Magic Knights, the second concerned their first real mission, investigating a dungeon. The previous instalment introduces the series villains, a terrorist group called the Eye of the Midnight Sun, when they attacked the capital city. This fourth instalment covers Asta’s vacation time which follows that, which also turns into a second reckoning with the terrorist group. 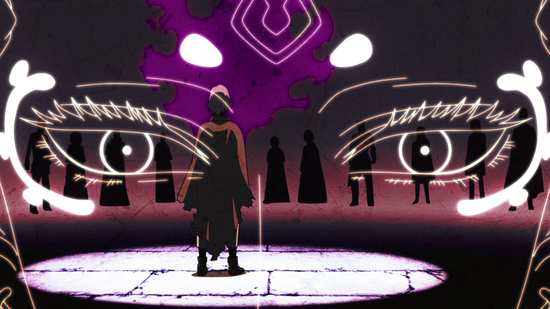 Each of these part collections are like chapters in a book, and it’s a really appealing way to follow the series. You get enough at the end of each collection to leave you tantalised for more, but the show manages to avoid the mid-storyline abrupt stops that fans of shows like Naruto, One Piece and Bleach had to deal with. You just get a nice story arc with a few preliminary and post-episodes that lead in and out of it. 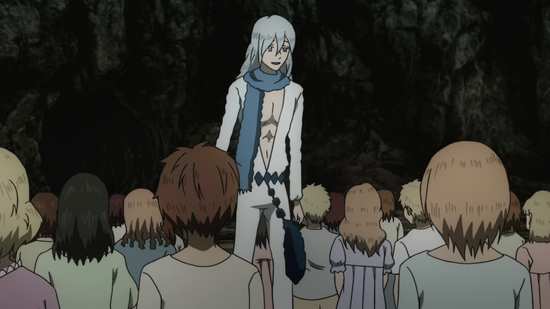 This particular collection follows Asta following the Black Bulls’ payday, which is a day off for all of them. The focus in this arc is also on Black Bulls knight Gauche, a singularly minded, violent and rude man who cares only about his little sister Marie, to that excessive anime comedy nosebleed degree. He goes home to see her, only Asta is visiting the same place to see Rebecca (whose family he befriended in the previous collection). Once again, Noelle’s unacknowledged jealousy compels her to follow Asta, and there’s a lot of fun in seeing Marie being drawn to Asta, and Gauche self-destructing at that. 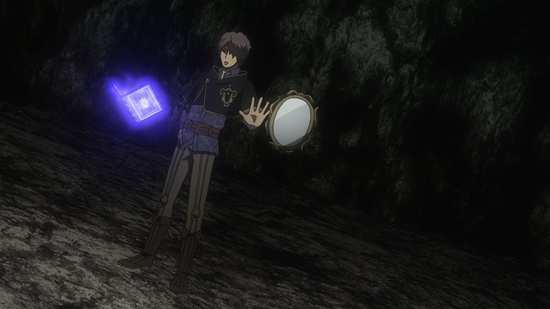 Things get serious when all the children of the town, including Marie and Rebecca’s siblings, are kidnapped during the night, and it falls to Asta and Gauche to rescue them. They are led to a cave outside town where a couple of strange figures have lured the children, Pied Piper style, to drain them of their magic. But they’re acting on behalf of a third party, and that turns out to be the Eye of the Midnight Sun again. Noelle has stayed behind to look after the bereft families and call for reinforcements, and in typical shonen style, there’s a lot of levelling up as new characters arrive for the battle. We see the villainous characters from the previous arc again, as well being introduced to the Midnight Eye’s three strongest fighters, collectively known as the Third Eye. The Black Bulls’ captain Yami arrives along with Finral to back Gauche and Asta up, and then we also see three other Magic Knights captains arrive to enter the battle, and there is plenty of succeeding through superior willpower on both sides. 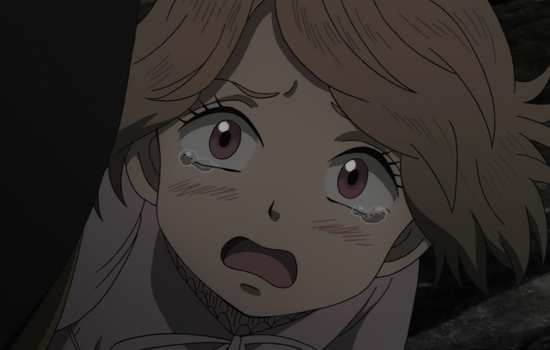 The final two episodes in the collection tie-up a lingering plot thread from the previous one (these aren’t all completely standalone arcs, it is an ongoing story after all) regarding the ease with which the Midnight Eye infiltrated the capital. The Wizard King summons all of the Magic Knights captains to a conference, but he has an ulterior motive, for which he needs Asta’s unique lack of magical talent. 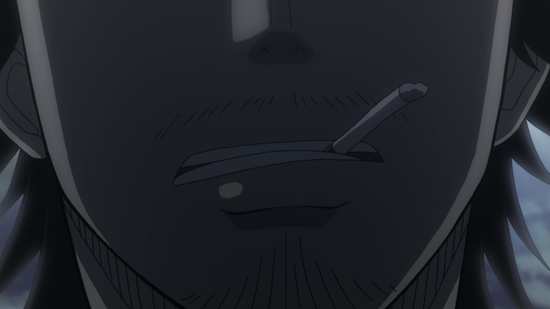 Black Clover still hasn’t grabbed me the way shows like One Piece, or Fairy Tail did, but it hasn’t really done anything to put me off, aside from Asta’s cheese-grating voice. It’s happily doing its own thing, telling an interesting story, throwing in enough in the way of plot twists and revelations to keep me interested. If you like this particular genre of anime, then Black Clover is a decent enough entry.