It turns out that a reviewer’s sense of entitlement changes with time. When I first started writing reviews of check discs, I used to get a fair few products in final retail form. It’s nice when you have the packaging, especially of a limited edition, and sometimes distributors would throw in little goodies that purchasers wouldn’t see to sweeten the pot. As my house has filled up, I’ve come to appreciate the simple silver check disc more and more. So you don’t get disc artwork or packaging, but what you see on the disc is the same that buyers will see, and it takes up a whole lot less space. Then sometimes you’d get DVD-Rs, a dual layer worth of content compressed onto a single layer disc, or worse, just the main feature without all the audio and subtitle options, extras, and even with a whopping great watermark in the middle of the image. Or some PR company that tells you they want the discs back, after they send them to you instead of before, when you could have just avoided the whole thing altogether. The worst is those companies that don’t send check discs, just a link and a password to an online stream. You want me to review those, you can pay for BT to rip up all the 100 year old copper wires in my area and put in some nice new fibre. 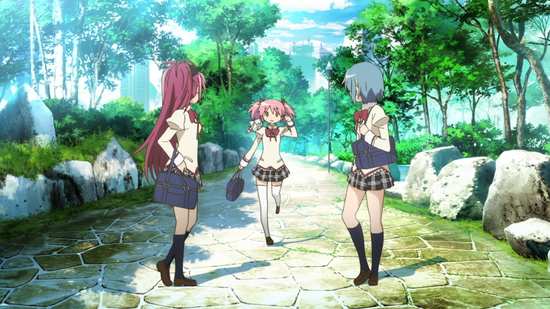 For the last few years, I’ve been annoyed when DVD check discs show up instead of Blu-ray. I told you about that sense of entitlement! SD just isn’t good enough now that the world is in HD, and I fool myself into thinking that I enjoy something less because it has fewer lines, and fewer colours, fewer pixels overall. That’s nonsense of course. I was loving movies on pan and scan VHS that I love just as much on Blu-ray. Nevertheless, when Manga Entertainment sent me the third Puella Magi Madoka Magica film to review on DVD, after having sent the first two films and the TV series on Blu-ray check discs, my irrational annoyance almost got in the way of my enjoyment of the film, especially given it’s such a visual treat. Anyway, to give the film its proper due, I’ve finally gone and bought myself a copy on Blu-ray. 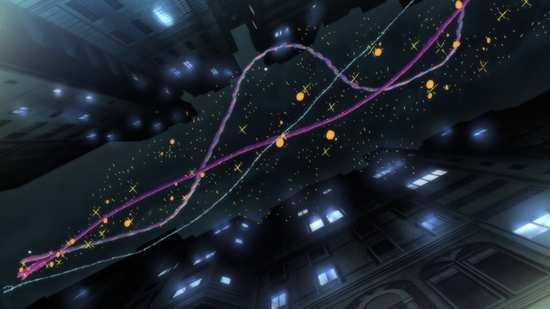 The Puella Magi Madoka Magica series is pretty darned good, isn’t it? When re-watching it, I scratched my head for an episode or two, wondering why it was so hyped (I’d pretty much forgotten it since my review), and then episode 3 happened, and the light dawned once more, as to just why this deconstruction of the magical girl genre was so feted. It created this world of magical girls who fight against witches and their curses to protect everyone. They gained their magical powers from this manipulative mascot animal named Kyubey, for which there was a heavy price, a price that became clear as the truth about magical girls, witches, and Kyubey was revealed. But at its heart was the story of a friendship, that between the eponymous Madoka Kaname, and Homura Akemi, and what one was willing to sacrifice for the friendship. In the end, Madoka made the ultimate sacrifice in order to rewrite the rules of the universe, ending the destructive cycle of magical girls and witches once and for all. 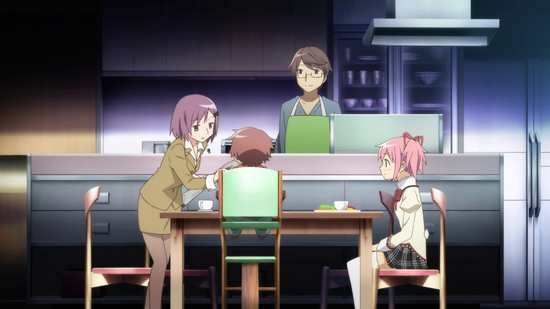 Only things haven’t quite happened as meant at the start of Rebellion. Madoka still lives with her quirky family, and she still attends the same school, with the same homeroom teacher who dwells in melancholy at her rapidly approaching middle age. And by night, she, Kyoko, Mami, and Sayaka still become magical girls, teaming up to do battle with the menace of Nightmares. Emotionally fraught young girls are particularly prone to getting lost in their dreams, and it falls to the magical girls to rescue them from their dark fantasies, as happens when Hitomi’s unrequited love for Kamijo darkens her heart. While Madoka’s pet Kyubey is dumb and cute, it seems that it’s Mami’s mascot creature Bebe who guides the magical girls on their missions. Then one day, there’s a new transfer student to Madoka’s class, another magical girl named Homura Akemi. But Homura has more of an agenda than just teaming up to fight nightmares. 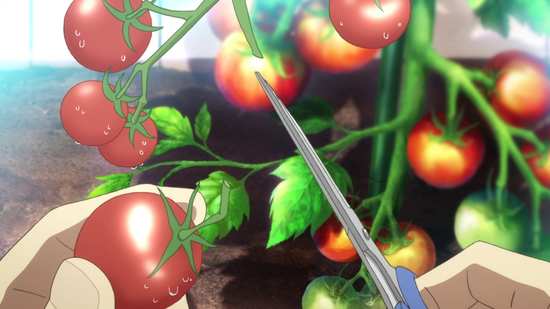 You really do want this film on Blu-ray! It’s a studio Shaft animation, they’re renowned for their visual prowess, the sheer imagination and energy that they deliver on screen, and on top of that, it’s Madoka Magica. The film gets a 1.78:1 widescreen 1080p transfer, and it is gorgeous. The complexity and detail of the night-time cityscapes, the frenetic action sequences, the Blu-ray has no problem at all where the DVD struggled. The image is clear and sharp, the detail is exquisite, and the strong colours really pop in HD. You can really appreciate Studio SHAFT’s imagination, the bizarre otherworld where most of the magic sequences take place, the riotous collage and quirky stop-motion style animation. About the only niggle is banding, and that only in a couple of scenes. 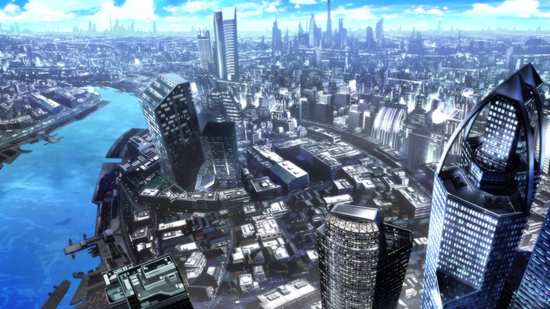 You have the choice between DTS HD MA 5.1 English and Japanese with optional subtitles and a signs only track. I went with the original language track to keep continuity with the way that I watched the series, and it was all fine. The surround is put to great use in emphasising the action sequences, and giving the film the proper, theatrical degree of immersion. The lossless audio certainly makes things sound more robust, and gives the film a greater clarity. Aniplex commissioned the dub for the film, and I gave it a quick try to find that it was a quality dub, very well performed. The subtitles are close to the dub script, but not dubtitles, they flow well, and are accurately timed and free of typos. 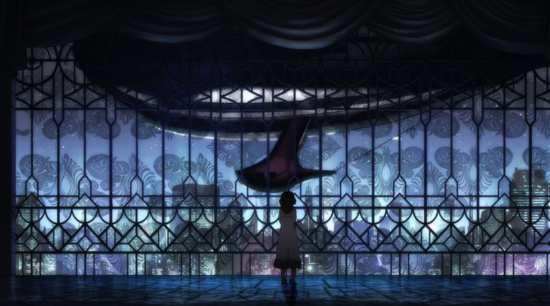 You get one disc in a BD Amaray, which has the same artwork as the DVD. The cover art is dramatic and impressive, while the inner sleeve has some subtle, wallpaper style imagery. The whole thing slips inside a card slipcover which offers different artwork to the case. The disc presents its contents with an animated menu. 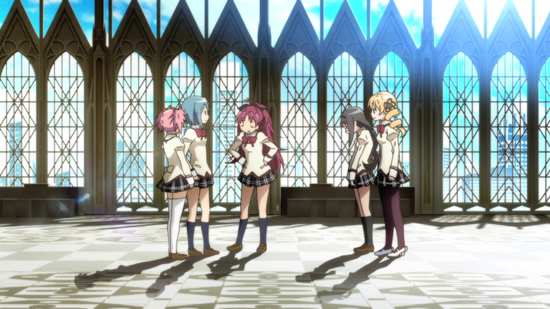 You get the theatrical trailer for the film, eight commercials running to 3:40, the textless ending and the textless opening but of most interest might be the Monogatari Manners pieces. There are four of them, little cinema etiquette reminders to turn off your phone, not film the screening, not kick the seat in front kind of thing. In a bit of a franchise crossover, they’ve got the Monogatari characters to deliver the pieces, Ougi, The Fire Sisters, Mayoi Hachikuji, and Hitagi Senjyogahara, and they’re quite fun, running to 7:54 in total. 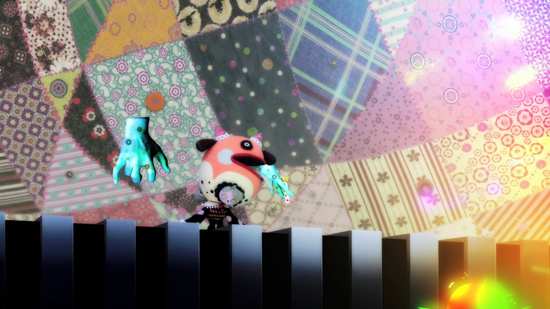 Also in the Blu-ray case, you’ll find a 24-page booklet. There is some info on the film, and plenty of artwork with illustrator comments. Fitting in the case, and not the card slipcover, you can bet that the booklet is quite small, the text is hard to read in a dark home cinema room, especially for the average middle-aged anime fan, who is too vain to buy reading glasses, and the light brown font on pale brown background is even more of a hindrance. 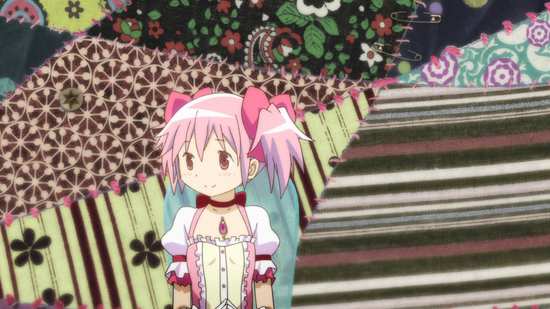 I was impressed with the Rebellion movie on several levels. Certainly it’s a gorgeous film aesthetically speaking. Studio Shaft’s iconic animation coupled with Yuki Kajiura’s music makes for a very appealing package on home video. It’s also a genuine continuation from the series, not just a quick cash-in on the latest anime flavour of the month. It takes the characters, the story from the series and builds on what has come before, delivering a rewarding and satisfying sequel for fans, but it also manages to tear up what has come before as well. It’s somewhat contradictory, but in Rebellion, it’s almost like starting from scratch and taking the story in a whole new direction, with new ideas and concepts and philosophies. 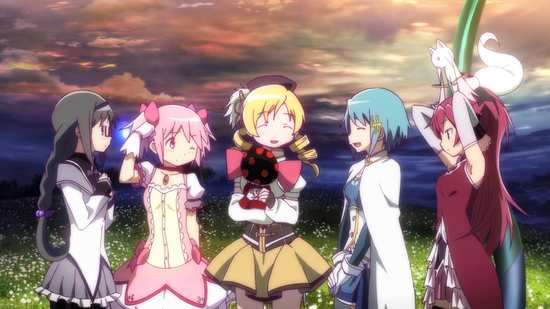 Where it really impresses me is with the writing, which does take full advantage of the two-hour, theatrical runtime. The story develops well, and the character writing is excellent, drawing the viewer in, and engaging them with the film. In this respect, the Rebellion movie seems even stronger than the television series, which had to follow the episodic format of small arcs and cliff-hangers. This is one whole story. We’re initially presented with a reset button, a sense of doing the series over again in feature film form, only it quickly becomes clear that this world isn’t familiar, and the characters aren’t who they appear to be at face value. It’s a mystery, and the fun comes in the unravelling of it. 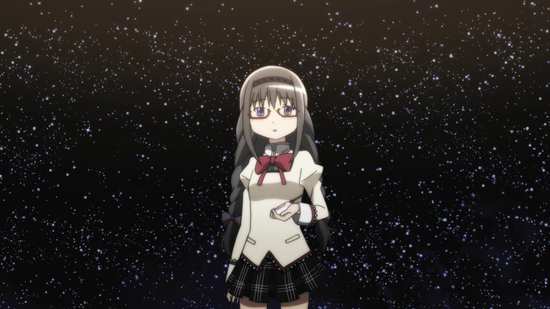 And I didn’t quite like it. Having paid tribute to its production quality, having lauded the writing, I have to admit that something about Rebellion just irks me. As I’m apt to do in some reviews, I’m compelled to compare it to what I have seen before, and while there’s a delightful echo of Dark City in one aspect of Rebellion’s plot, the biggest impression that I had from this film was Alien 3. Now bear with me. Alien 3 wasn’t as bad a film as people made out, although unlike Rebellion, it lacked in originality, merely serving as a remake of the first Alien in a way. Alien 3’s big problem was Aliens. That film’s story clicked with a lot of people, they really got behind Ripley’s fight to survive, along with Hicks and surrogate daughter Newt. And then along comes Alien 3 and kills off all the previous film’s survivors except Ripley, a bit of a finger in the eye. 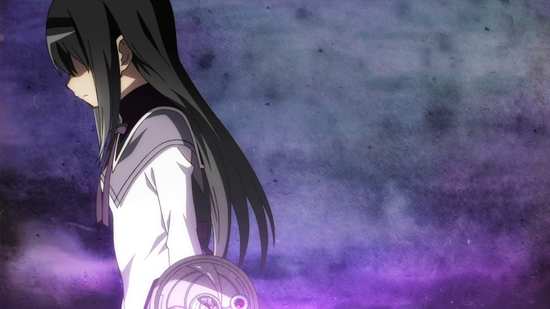 Along comes Rebellion, and I certainly enjoy the film as it unfolds, but then it gets to the climax. “You did what to Homura?”, “You did what to Madoka?”, “But doesn’t that negate the end of the series?” I’m not quite comfortable with the direction the movie takes, although it does so with style. It’s going to take me a fair few re-watches and some re-evaluation for me to reconcile it with the series. But I have to say that it does at least use the one magical girl cliché that it missed out in the series (see my Nurse Witch Komugi review to see what that cliché is). While I personally didn’t appreciate the character arcs in the film, they are well written and will certainly hold the attention. 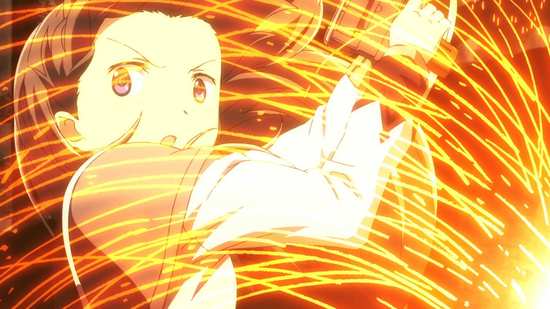 My first re-watch of the film doesn’t quite get me to fall in like with the film, but I do appreciate the HD presentation. One thing that has helped me appreciate the third film much more than I did originally is the passage of time. Back in 2011, this was the big thing in anime, the next show to take over the world, and it even got as far as being mentioned in a BBC documentary. Like most of the ‘next big things’ in anime, it turns out that Puella Magi Madoka Magica is anything but. It’s not the Cowboy Bebop or Neon Genesis Evangelion that everyone has been waiting for, it’s just another really good anime show. I am certainly not as invested in the series as I was when I first saw it in 2012, and as such, I’m more on board with the liberties that this third movie takes with the story. I certainly managed to enjoy watching it without being affronted by its impact on the series. Instead though, I did find myself watching out for Akiyuki Simbo-isms, the signs of a director/creator hitting all of his touchstones. In the end, Blu-ray does make Puella Magi Madoka Magica The Movie – Rebellion better, which is just what I expected.