I’ve gotten to that point when it comes to scratching that compulsive reviewer itch, that I’m looking into the pile of unsolicited discs, those movies and shows that PR companies send me, on the off chance that I might just be interested. A few years ago, I just didn’t have time for them, but then a bloody pandemic showed up, and review discs started to dry up. And now I have a fair pile of unwatched discs looking balefully at me. At least I’m looking at the sub pile of interesting discs. If you ever see a review for Deep Winter appear from me on this site, you’ll know we’ll have hit the end times. 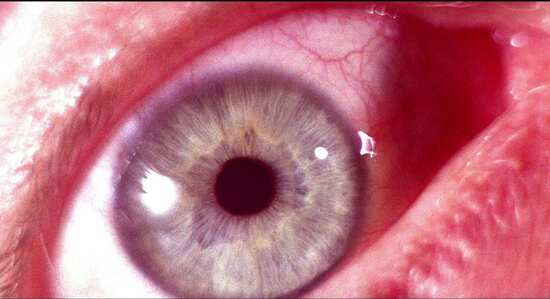 Tenebrae is a film that I just didn’t have time for when it showed up, and given that it’s a horror movie, never my favourite genre, it’s surprising that I always had it in the back of my mind as a film I wanted to visit. It’s that urge to experience new and different things that so motivates me. I’ve often heard of Giallo movies, certainly plenty of them have been solicited over the years, and once again, it’s only the question of genre that has given me pause. Tenebrae is from the master of the genre, Dario Argento, and opinion has it as one of the finest Giallo. Where better to start? 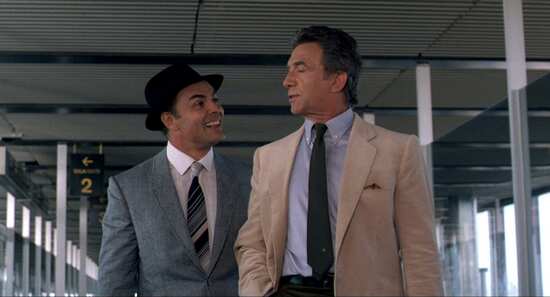 Peter Neal is an author who is leaving a stalker behind in New York to visit Rome, Italy to promote his latest book, Tenebrae, and hopefully make some deals as well. But he arrives to a whole heap of trouble. There’s a serial killer on the loose, who has recently murdered a shoplifter with a razor blade, inspired by Neal’s book, and has left a message for him. Now that Neal is in Italy, the killer will target the women around him, and the author himself will be the crowning glory of the killing spree. 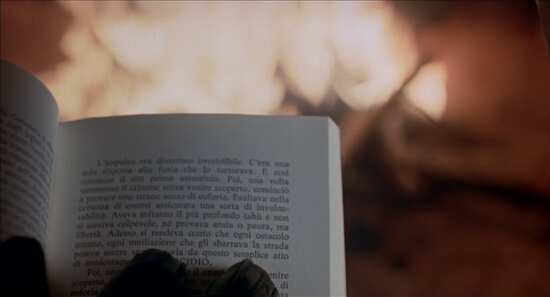 Tenebrae gets a 1.85:1 widescreen 1080p transfer, with the choice between PCM 2.0 English and Italian with optional English dubtitles, and translated subtitles for the appropriate track. Both audio tracks sound fairly mono, except when it comes to the music, but the audio looks obviously accomplished in ADR for both versions, with wayward sync understandable given the US and Italian cast members. The sound design is certainly effective, and suitably eerie given the genre, while the eighties electronica music stands up surprisingly well. The image is clear and sharp, with excellent detail. Colour reproduction is consistent while there is an organic layer of film grain evident. 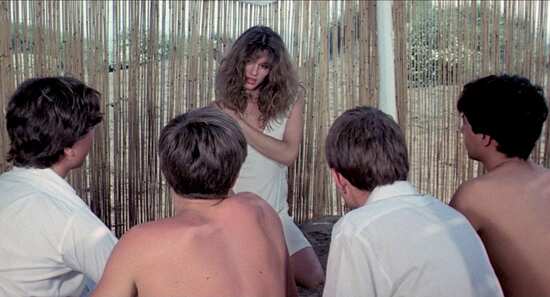 The disc boots to an animated menu and you can watch the film with an optional 11 second introduction from star Daria Nicolodi. On the disc you’ll see the following extras.

There are two commentaries on the film, one from Alan Jones and Kim Newman, the other from Thomas Rostock. 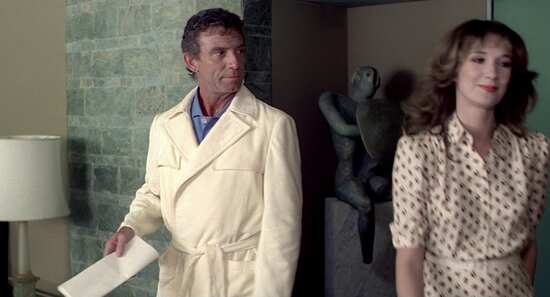 The Unsane World of Tenebrae: An Interview with Dario Argento (15:13)

A Composition For Carnage: Claudio Simonetti on Tenebrae (10:04)

These three featurettes have an issue with surround setups, sending the audio to the rear speakers. 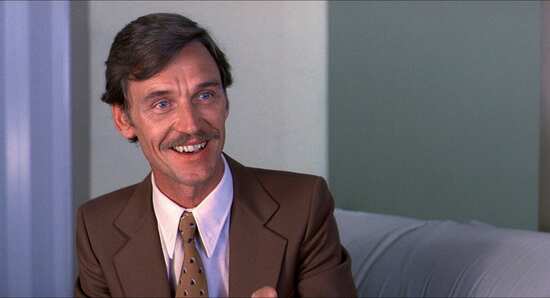 Goblin: Tenebrae and Phenomena Live From the Glasgow Arena (16:37)

Tenebrae is not my thing at all, a slasher movie which hits all the slasher movie clichés on the way to its inevitable denouement. One good thing is that it makes a mystery of its assailant, and sticks to that mystery right to the end, introducing plenty of potential killers along the way, people with dark motivations, and the means. The film keeps you guessing with plenty of red herrings to trip you up. I also haven’t seen a horror movie quite like this before, and there’s a pop video energy and creative originality which I assume is unique to the Giallo genre. Eighties pop music accompanying a reaper at work was something I certainly did not expect, and surprisingly it works. 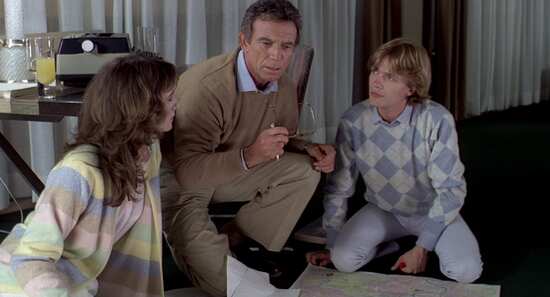 Tenebrae was actually banned in the UK once upon a time; one of the notorious video nasties that corrupted the home video landscape before the BBFC valiantly rode to our collective rescue. When it was finally unleashed on our delicate sensibilities it was still edited, but this Blu-ray release is uncut. The violence itself is comparatively tame by modern standards, with much of it accomplished by inference and stylish editing, the way horror movies used to work once upon a time. Where the film might justify the 18 rating, is the way that sex and violence goes together in the story. That’s always a red flag to the censors. 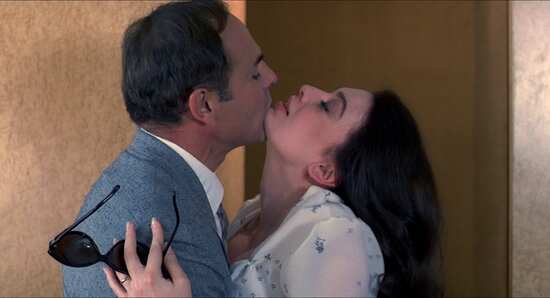 The film starts off interestingly enough, but it wasn’t long before the clichés started to get under my skin. These movies always seem to take place in a world where common sense doesn’t exist, where police inspectors tell suspects, witnesses, or interested parties too much about their investigations, where girls in skimpy clothing wander into creepy houses all by themselves, where police show up at crime scenes without back-up. There’s a balance to these things, a limit to the idiocy that I can take before I’m thrown out of the experience, and if I’m lucky, I wind up laughing at the movie. Otherwise I just switch off. 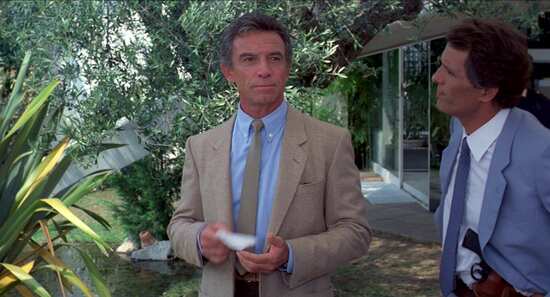