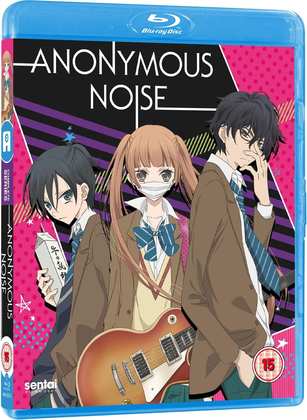 It’s equivalent to the sensory response that you have to a new car smell, or the feeling of joy that you get when you peel plastic film off a new piece of consumer electronics; finding an anime that differs from all the others you have seen. The more you see, the rarer that feeling gets, so you can imagine how much I savoured it with Anonymous Noise. It’s a show about music, which isn’t new, and it has a high school love triangle at its heart, which isn’t new either. But it’s a genre of music that you rarely hear in anime, the combination of music and romance is pretty fresh, and the character writing is original enough to make Anonymous Noise really stand out. Read more in the review. 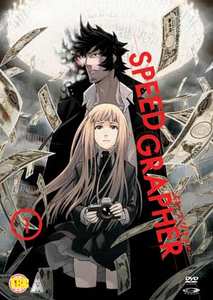 Speed Grapher. This is one of the best shows to come from Studio Gonzo, which looking at it from this side of the anime bubble isn’t saying much. Gonzo had a penchant for conveyer belt shows, a ‘throw everything at the screen’ approach to its genre mash-up sci-fi mysteries which got pretty repetitive. Speed Grapher follows the same routine but it does something really quite distinctive within its remit. It’s a world where genetic engineering during a war has been harnessed to give the rich powerful abilities in peacetime, and a jaded war photojournalist gets drawn into the conspiracies when he investigates an exclusive underground club. It’s an action sci-fi mystery in typical Gonzo style, but it presents a view of debauchery and decadence that is edgy even for anime. This cartoon is definitely not for kids. Released in the West by Funimation, they declined coughing up for music rights, so we got an opening theme using incidental music from the show. Japan got the following opening theme which is a lot more appropriate and makes the show even cooler.

Speed Grapher was released in the UK on single volume DVDs through MVM in 2007. Here’s my review of Volume 1. It’s also had complete boxset re-releases further down the line, and you can read Stuart McLean’s review of the latter. Speed Grapher is deleted now, and you’ll have to don your best deerstalker and light your pipe to track down a second hand copy.

All the Anime released Anonymous Noise on Blu-ray last Monday.