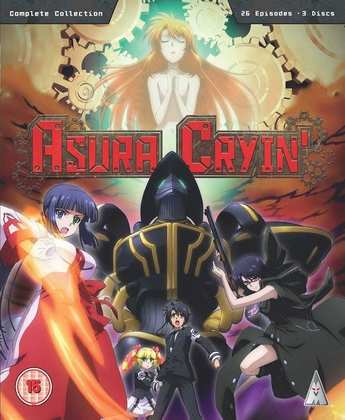 How quickly can you put a show out of your mind? I think I set a world record with Asura Cryin’, as I can hardly remember what it was about. Let me just check my review. Ah right, it’s one of those everything plus the kitchen sink shows. A guy with a ghostly girl companion, giant robots, demons, parallel worlds, time travel... It’s one of those high concept, low execution shows that you see in anime from time to time. Shows which aim impossibly high, but never have the creative chops to attain any of the goals. It’s basically a bit of a mess, but there might just be enough of value in that mess to make it worth your while. Click on the review to see if it appeals. 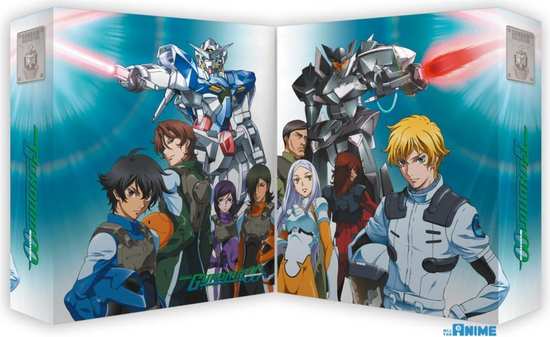 It was then Stuart McLean’s turn to take a look at Mobile Suit Gundam 00 - Part 1, as the iconic giant robot franchise moves inexorably closer to the modern day. Anime Limited started off with the original 1979 series, but Gundam 00 was made in this century, barely ten years ago. So expect modern storytelling tropes, more amenable character designs and animation, and as Stuart McLean finds out, you get a show that works just as well for newcomers to the franchise as it does for established fans. 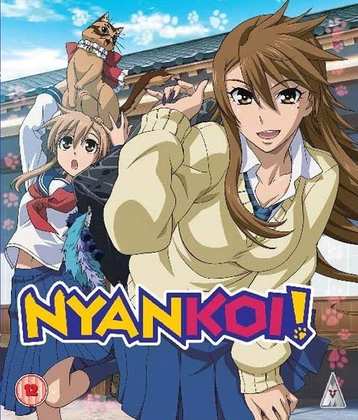 It was double dip time again as Nyan Koi got the upgrade to Blu-ray treatment. I enjoyed the show the first time around, a harem comedy with a twist. That twist came when the protagonist got cursed, making him able to understand cats. That’s not good when you’re allergic, and it’s even worse when cats start showing up, looking for help. If he doesn’t help, he’ll eventually turn into a cat himself, dying from self-allergies. The odd thing is that all this cat-astrophe makes him more attractive to girls. Sometimes shows aren’t as good the second time around. Nyan Koi’s novelty’s worn off. See if that is enough to put me off the show by clicking the review. 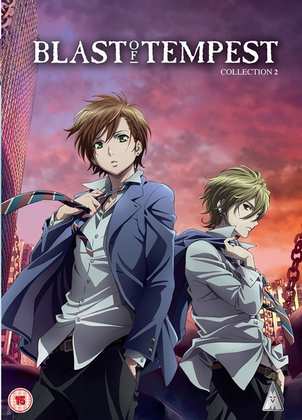 Blast of Tempest. DVD only in this day and age! This time it isn’t even a UK thing. The only place you’ll find this show on Blu-ray as far as I know is in Japan. In the US, Aniplex gave it a DVD release, and that’s the way it has trickled out in English speaking territories. It’s a shame, as Aniplex tend to go for shows with high production values. Blast of Tempest is a contemporary fantasy, the real world colliding with magic, as the fate of humanity is placed in the balance between two, mythical trees. And against the background to all this is the simple tale of two friends, seeking the killer of the sister of one, girlfriend to the other. It’s an epic, operatic tale that paints its characters and its story in broad sweeps, but gets better the further you go in. It has allusions to Shakespeare’s The Tempest and Hamlet, which makes you question its pretentiousness at first, but as the story unfolds, you realise that this is more than mere artifice.

Blast of Tempest is a show that holds up well for its second viewing, and is well worth seeking out. There are still the odd points in the show where it feels like the narrative is directing the characters, but the quality of the production makes you forgive that. As mentioned, it’s DVD only the English world over, and MVM released it here in two parts back in 2014. Here’s my review of Part 2. You can get those, or the complete collection easily enough today.

MVM released Asura Cryin’ on Blu-ray on October 21st. All the Anime released Mobile Suit Gundam 00: Part 1 on Blu-ray on November 11th. MVM’s Nyan Koi came out on Blu-ray and DVD back in 2016.