Time for the follow-up blog and I thought I'd focus on some re-issues that have just been released by Edsel (http://www.demonmusicgroup.co.uk), currently looking to be the best re-issue company at present after a superb set of Thompson Twins re-issues amongst others - which I may just cover later on.

Blancmange were one of those eponymous synth duo's that rose to prominence in the 80's and generally had a limited lifespan, Pet Shop Boys being the honourable exception. The duo were vocalist and guitarist Neil Arthur and keyboard player Stephen Luscombe, and these boys liked playing with synths and guitars but also added Eastern elements to their music. The duo released an EP called Irene And Mavis in 1980 but only achieved real exposure with the inclusion of the track Sad Day on the seminal Some Bizarre Album in 1981 (which also contained other unsigned bands such as Soft Cell, Depeche Mode and The The amongst others).

Signed eventually to London Records, Blancmange saw slow but continuing chart success between April and October 1982 with singles God's Kitchen/I've Seen The Word (UK number 65) and Feel Me (UK number 46) before hitting it big with Living On The Ceiling (UK number 7). Latterly, the rather gorgeous Waves reached number 19 in the UK charts around February of the following year.

Debut album Happy Families was the first album on London Records and disappointingly only reached number 30 in the UK album charts. This reissue from Edsel adds a few 12" mixes and a b-side in Business Steps. 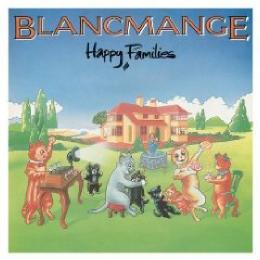 Living On The Ceiling

May of 1983 saw Arthur and Luscombe return to the UK charts at number 10 with the John Luongo produced single Blind Vision and then a slightly more lack lustre return of number 33 for the next single That's Love That Is. The band would wait until April 1984 before scoring their second highest chart placing with the Eastern-tinged Don't Tell Me, which featured Pandit Dinesh on tabla and madal with Deepak Khazanchi on sitar. The final single from massively successful second album Mange Tout was an Abba cover before it became fashionable. Abba's penultimate single before disintegrating was the rather heart wrenching The Day Before You Came and Blancmange put their own rather low-key spin on it and improved the chart position albeit only by ten places at number 22.

Second album Mange Tout was released in 1984 and reached number 8. This re-issue comes as a two disc edition and includes 12" mixes, b-sides and even a live version. 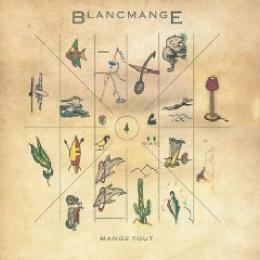 The following year, 1985, began to see diminishing returns as the synth duo's mainstream shelf life started to expire. Taken from third studio album Believe You Me, first single What's Your Problem? limped into the charts at number 40 whilst follow-up I Can See It floundered at number 71.

The album didn't fare much better, stalling at number 54 in the UK album charts. This re-issue features two 12" mixes and two b-sides. 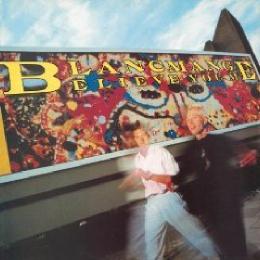 Believe You Me: Plus

Blancmange would eventually split in 1987, but not before a appearance in Disney film Flight of the Navigator with the video from Lose Your Love (above). Neil Arthur would go on to release solo album Suitcase in 1994 whilst Stephen Luscombe would carry the torch of Blancmange's Eastern influences in The West India Company, teaming up again with Pandit Dinesh.

Blancmange reformed in 2006 and have sporadically put new music up on their mySpace page (http://www.myspace.com/blancmange2006 ) and hinted about a new album in the future sometime.